Get your game face on! #Euro2020 is starting tonight. We are supporting @onsoranje 🇳🇱. What’s your favourite team? #FaceFlag #milkmaid #rembrandt

In an unexpected burst of Euro 2020 football fever, Amsterdam’s Rijksmuseum posted a new video on its TikTok account at the beginning of June. It features Vermeer’s Milkmaid and Rembrandt’s Self-Portrait as the Apostle Paul, two of the museum’s most prized works, with their faces ‘painted’ with a quick succession of participating nations’ flags. The accompanying caption reminds viewers to ‘Get your game face on!’. The irreverent video aims to make viewers engage with these hallowed masterpieces in a completely novel way. And it’s not the only European gallery to be experimenting with the video-sharing site to shake up their public image.

The Rijksmuseum’s transformation of iconic portraits into football fans is one of its cheekier TikTok creations. Other videos hone in on famous paintings and narrate their stories and intriguing details. One of its latest and most viewed videos explains the recent ‘restoration’ of Rembrandt’s damaged Night Watch painting using artificial intelligence (A.I.).

As the clip demonstrates, fragments of the canvas that had been chopped off in the 18th century were recreated in the artist’s style using a convolutional neural network — technology that allows computers to analyze vast quantities of visual imagery. Restorers printed the segments onto canvas and hung them beside the painting allowing visitors to finally see Rembrandt’s original conception.

Occasionally, the Rijksmuseum’s videos make endearing use of little Playmobil figures of artists or painting subjects in the collection. As the museum prepared to reopen its doors to the public earlier this summer, a charming stop motion film showed Vermeer’s The Milkmaid, Rembrandt and the protagonists of The Night Watch interrupting their card game to welcome back the first visitors. Nanet Beumer, the museum’s Head of Digital, tells Observer that the most popular content usually features the iconic artworks in their collection, in the original or in figurine form it would seem.

Madrid’s Museo del Prado has also carved out a niche for itself on the video-sharing platform. It joined in June 2020 and is now one of the most popular museums in the world on TikTok. Its educational videos in Spanish are rich with explanations of art’s historical details. Javier Sainz de los Terreros, the Prado’s Digital Communication Manager, tells Observer the most viewed content divulges “curiosities” about the gallery’s paintings.

One video, for example, explains to viewers the correct point to stand in order to appreciate Tintoretto’s The Washing of the Feet. Given its original location on the right wall of the presbytery of San Marcuola in Venice, the viewer must stand to the right to see the painting from the angle it was intended. As the TikTok video demonstrates, from this perspective the dead spaces between the figures collapse. The depth of the scene is suddenly revealed with the vanishing point in the distance beneath an archway. The characters of Christ and St Peter — the central scene yet strangely relegated to the side — move directly in front of the viewer’s vision.

The museum additionally demonstrates cleaning and restoration methods on TikTok. Restorers, filmed at work, explain the state of conservation of artworks and point out elements that need intervention. Sainz de los Terreros says these types of videos are also among the most popular. Indeed, the comments on one video enthusiastically praise the work the museum is doing and request more similar content.

Florence’s Uffizi Gallery, which joined TikTok in April 2020, has instead distinguished itself by prioritizing humor. Its videos have become notorious for their tongue-in-cheek treatment of revered artworks. The anachronism is addictive — Bronzino’s stony-faced Eleonora di Toledo pumps her hands to Doja Cat’s ‘Boss Bitch’, the mythological figures of Botticelli’s Primavera show off various body parts as they are named in Todrick Hall’s club hit ‘Nails, Hair, Hips, Heels,’ Caravaggio’s tipsy Bacchus pops to the bar. The gallery also made a video celebrating Pride Month. Accompanied by Katy Perry’s ‘I Kissed a Girl’, the camera zooms in on an allegorical painting by Francesco Furini of Pittura and Poesia as two female figures embracing.

Uffizi director Eike Schmidt tells Observer the content is “self-ironic” and says there is always a “humoristic element and a music element” in the videos. Naturally, users frequently express incredulity that the historic institution is able to produce such light-hearted and entertaining content. Schmidt says it is thanks to an interdepartmental exchange of ideas and young interns as opposed to stemming only from the digital team. In addition, the gallery has been keen to collaborate with popular Italian influencers like Chiara Ferragni and Martina Socrate who visited the collection and recounted their experience in their own TikTok videos. Schmidt says the Socrate’s “ironic and highly original approach,” which involved her accidentally setting off an alarm, was perfectly suited to the Uffizi’s jesting TikTok style.

Although their content differs, the three cultural institutions share a common aim. Too often viewed as stuffy and boring, they have championed TikTok as a form of rejuvenation. As the video-sharing platform is particularly popular with under 25s, the museums hope their content will make collections more relevant and inspiring to younger audiences. During last year’s lockdown, Schmidt and the team at the Uffizi had been monitoring various strategies for reaching younger audiences and says “TikTok really jumped out.” With the help of nieces, nephews and grandchildren of the museum’s staff, the team developed and trialed some unique content and discarded any ideas that “didn’t work with the youngsters.” After a couple of weeks on the platform, the Uffizi’s fame skyrocketed.

Sainz de los Terreros says reactions to the Prado’s videos have been extremely encouraging. “We have very positive feedback from the audience and from our colleagues in the museum,” he says. “You can tell by their comments that the audience is really young and engaged with what they see in our videos.”

The big question is whether this new approach is resulting in concrete changes like visitor demographic and ticket sales. “It is difficult to say,” comments Sainz de los Terreros. “It is an unusual time for museums because of the pandemic. However, we have noticed that thanks to comments the younger audiences are enjoying the Prado museum in ways that they did not before. They love to ask questions, discover new things and even ask for advice about how to get a career in museums.”

At the Rijksmuseum, Beumer says to Observer their audience also actively engages with videos through their comments. “We often hear that they would like to see a work in real life or that they did not know certain facts in the video content.” In terms of changing visitor numbers, though, Beumer says they will need more time to see the effects.

At the Uffizi, however, Schmidt has been seeing tangible results since last year. He has noted a rise in children bringing their parents (and not the other way round) after seeing the museum’s content on TikTok and last year, for the first time, more than one-third of visitors were under 25. This is particularly remarkable as the usual calendar of school visits was suspended. Schmidt says the high number of young visitors is continuing this year too, now the gallery has reopened.

Predictably, the Uffizi’s irreverent content initially caused some consternation amongst traditionalists, but Schmidt says the gallery’s TikTok success has silenced such critics. It’s no surprise. One look at Bronzino’s Medici children with enlarged heads bobbing along to ‘Pew Pew Pew’ by Auntie Hammy and you’re hooked. 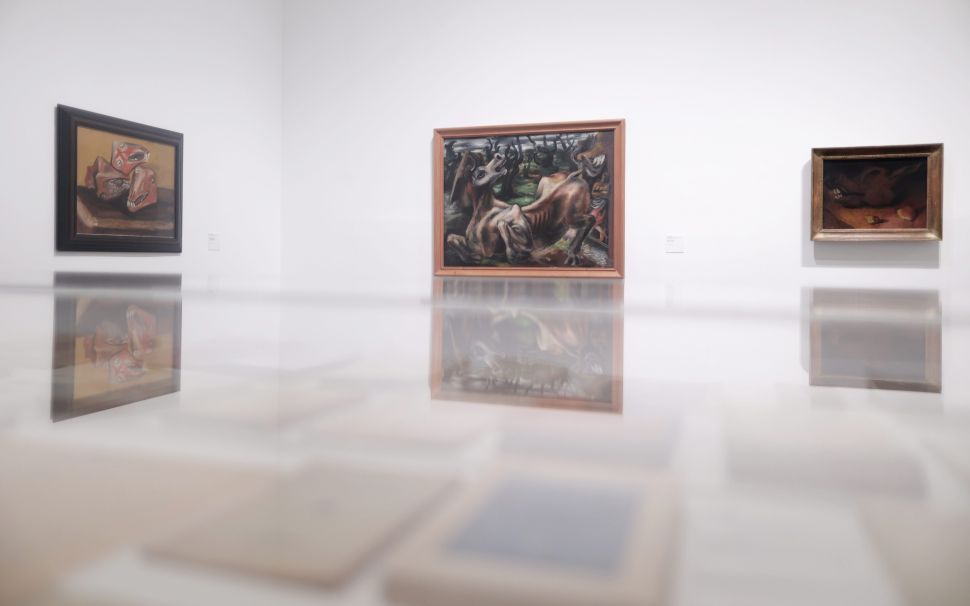