Responding to Site: is an important collection of essays from scholars, other performance artists, and Arsem herself spanning forty years of her work including her work in the United States and overseas, as well as her teaching practice. But most striking is that despite her prodigious career, it is the first monograph written about Arsem’s work.

Boston-based Arsem has had a fruitful career. She began her career collaborating with an initially unnamed collective of performers, artists and other experimental theater in alternative spaces in Boston in the 1970s. Eventually, the group would become Mobius Artists Group, as it exists today. Through the group’s exchange programs overseas, Arsem began creating work overseas, such as Eastern Europe and South America. In 2015, she was the first performance artist to win the prestigious Maud Morgan prize at the Museum of Fine Arts, Boston.

Klein suggests several reasons why Arsem hasn’t had the visibility in books and feminist retrospectives, including the lack of prestige and funding for performance art (especially in the ’80s), gaps in arts reporting, as well as Arsem “fall[ing] between second and third wave feminists.”

Responding to Site aims to critically consider Arsem’s immense career, centering the analysis around the idea of site. Klein explains that the site includes not only the physical location, but the “histories/time of the site” as well as the “phenomenological engagement of the artist and the audience to the site.” Performance art differs from other arts by the work situating in a site, a particular place with its physical and historical meanings along with those of the audience and artist.

For instance, the first few essays explore Arsem’s 100 day performance at the Museum of Fine Arts, Boston called 100 Ways to Consider Time in 2015/2016. Each day, Arsem created a different 6-hour long durational piece, such as staring at a rock, or reading aloud from Stephen Hawking’s A Brief History of Time; but every time a visitor entered the gallery, she’d repeat what she had read and then continue.

Lucian O’Connor writes that the work shows “different scales of temporality” between Arsem herself, the seemingly unchanging rock, and the universe itself. For O’Connor, he sees the piece in conversation with the art museum, an encyclopedia museum that presents art as chronological on a human scale. But Arsem’s work asks to contemplate other types of time, such as Deep Time, a geological notion of time over billions of years, as well as even shorter time frames like that of a tulip. Jeffrey Byrd’s essay on the work in the monograph sums it up well: “Our lives are shorter than the stars but longer than flowers.”

The entire work “challenges how museums articulate time in their exhibitions” and asks us to think about the physical and temporal relationships between ourselves, the works of art, and their own relationships to one another. As a long-time museum goer, these series of essays really struck me, never thinking about what museums are saying about time and the artificial distinction between art museums’ and natural history museums’ ideas of time.

But Arsem’s work is also about taking the time to look. Performance art is about taking the time as a spectator and investing in the piece and the artist. In Paul Couillard’s consideration of three durational pieces of Arsem’s in the book, he notes that Arsem’s work has us “pay a different kind of attention than we normally would.” In his participation with her piece One Day where he followed hourly instructions from sunrise to sunset, including spending an hour observing a single living being.

But most critically, Arsem is interested in directly that observation inside. Many of her works considered in the piece involve questions. In One Day, she asked questions like “Where were you a year ago? Four years ago?” or “What do you want to leave behind?” The site does not just include the physical world around them; it includes the people who are participating/present for the piece itself.

In Arsem’s essay on her teaching philosophy, she sums it up, “I am interested in an art practice that is about exploration and learning…The aim here is not representation or interpretation, but rather discovery and transformation.” I especially loved this idea; I don’t need answers, I want art that helps me think and feel about the world differently.

While the monograph presents compelling explorations of different aspects of Arsem’s works, I feel that it makes an important case for what performance art is and can be. 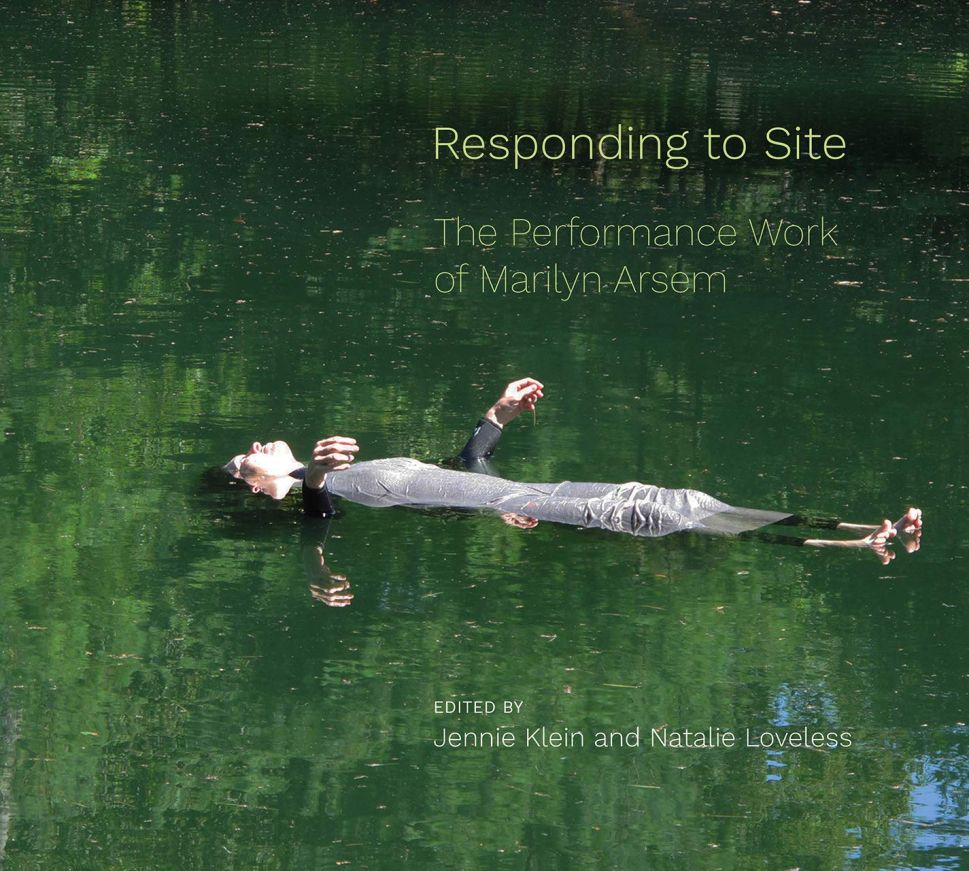