As a feminist writer who occupies dual realms of academia and the sex trade it is my experience that authors rarely consider the impact their writings have on the sex working communities they write about. Women prostitutes are so othered by society that publishers will hire lawyers to head off lawsuits but not hire sensitivity editors from the sex working community to make sure the sex worker narratives and characters they publish are accurate. This nonchalant recklessness mirrors the undeniable class brutality that underpins the argument about who, in the 21st-century, should write about sex work. There is a problem inherent with outsider writers, the likes of Fiona Mozley author of Hot Stew released March 18, 2021, who have actively chosen to take up space on the topic of sex work in publishing spaces.

Contemporary sex workers are weary of the snobbish class warfare in bourgeois academic, arts and literary spaces. Women are so othered in society by stigma and shame around sex, that middle-class writers of privilege feel compelled to write about prostitutes. They do so with little regard to sex-working writers and the consequences for the real-life versions of their literary iterations.

Hot Stew by Fiona Mozley is everything that is wrong with the contemporary literary landscape of sex work. It is the embodiment of the eye-rolling narrative spun by outsider writers of considerable privilege; that there is room for everyone to write about those that walk our streets. Books written by outsiders occupy this weird space of what they think subcultures of transgressive people are like. Sex working characters written by writers such as Mozely are oddly masculine in their aesthetic. There is an obsession with casting the male gaze onto the bodies of whores that trap sex workers in known literary representations. We think we know about the lives of sex workers because we are familiar with the representation of them in art, cinema and media; this traps sex workers in a pathological repetition of crude depictions.

Hot Stew is the second book of Fiona Mozley (born 1988), a young British writer whose debut novel, Elmet (2017), was short-listed for the Man Booker Prize. The cover of Hot Stew is splashed with searing pink, a nod to the tacky aesthetic of the seedy brothels of London’s Soho, a bright neon synonymous with sex work. Ironically, Hot Stew criticizes the gentrifying class wars that seek to eradicate the prostitute within Soho, yet the book is sold by a gentrified visual facade of sex work. Dehumanizing, stereotypical disfigured limbs of a sex worker adorn the cover, lazy art tropes that I have come to expect regarding the visual representation of sex work in popular discourse.

I want you to consider the cover of Hot Stew in stark contrast to the cover of The Service by Frankie Miren, published on June 21 2021 by Influx Press. Miren, a writer, journalist, and sex worker, wrote a book that explored complex and controversial narratives of sex work without resorting to the stereotypical discombobulated body of a whore on its cover. Miren and Influx press hired a sex worker to photograph the cover image. The cover of Hot Stew is a visual reduction of the 1970s feminist war on sex that depicts the sex worker as empowered or exploited. Trapping women prostitutes as 20th-century pop-cultural art depictions sanitizes the class wars that silence sex workers, and reduces prostitutes to the sum of their limbs.

It is notoriously difficult to be out as a sex worker. It is especially difficult if you are a sex worker trying to occupy space in a publishing world, one that is often more interested in the voices of outsiders than they are in actual sex working writers. As a result, prostitutes like me are curious creatures of otherness and fascination. Typically depicted as oversexed beings, nothing more than a construct of male fabrication that exists as the absolute embodiment of patriarchal male privilege. Often reduced to just a pair of legs, not too dissimilar to the cover of Hot Stew.

There is a problem with contemporary authors, who blatantly disregard the sex workers and the sex working communities they write about. I often wonder at the breathtaking apathy middle-class writers display towards the sex workers they write about. For example, on her now-defunct Twitter account, Mozley remarked that she had lived in Soho for three months, even though in Esquire she claimed four months. The now-deleted tweet inferred she was staking her claim to write about sex work, after getting some much-deserved criticism from actual sex workers who’d read advance copies of Hot Stew. Indeed, Mozley only reached out to the English Collective of Prostitutes after a sex worker complained about the appalling whorephobic signposting within Hot Stew.

Hot Stew falls short of accuracy and lands in an outsider’s perception of how she imagines prostitutes to be. Mozley’s imaginative interpretation of the lives of sex workers results in a missed opportunity as Hot Stew has failed to displace the heteronormative white western male gaze that casts sex workers as anything more than seductive sexed-up women who always carry a moral message. The moral message of Hot Stew is that quirky characters living in a Soho that is ripe for modernization can be sluts, and the accidental activist’s society needs to fight against neighborhood gentrification.

The two prostitutes, Precious and Tabitha, are reduced to obvious whore character tropes and worried about appearing dumb. Banal prostitute characters reflect the impossibility of writers to see sex workers other than in a sexualized context. Mozley attempts to write about the forced solidarity of those who dwell in transgressive sex subcultures. Obviously, Mozley is influenced by the lives of real-life prostitutes of Soho who battle stigma, shame, violence and the never-ending issues of having their bodies policed by the state.

Unfortunately, Mozley carries on the tradition of the sex worker as public women up for public consumption. In appropriating the transgressive nature of whore-ness, Mozley has followed the unremarkable path in publishing a work of fiction, inspired by the real lives of sex working women. Hot Stew further propagates the overall societal obsession and unease with sexuality. The sex worker symbolizing a paradox, owning their sexuality yet being objectified, discarded as a sexual object with notions of ostracism, shame, depression, victimhood and repressed desire. Viewed as the hypocrisy of respectable society, wealth, class, bourgeois sexuality and capitalism.

However, Hot Stew is not the most recent book written by an outsider, nor by a young British author who received some critical acclaim. There is a long history of outsider authors, those writers without lived experience of sex work, writing about sex work. Matthew Sperling (born 1982) recently published a book about online sex work, a world I am familiar with as I have been selling sex online since 2005. Viral, like Hot Stew was inspired by contemporary real-life sex working women. Degenerate women, like me, who trade sex online via directories and social media platforms. Viral centers on a cast of middle-class characters attracted to the murky sleazy world of online escorting, the underbelly of the Internet. Mozley is just the newest iteration of writer who sees sex workers as curious beings ripe for the literary mocking. Simply put, it would be nice if writers like Sperling and Mozley just stopped writing and profiting off the lives of marginalized women. The Service is dedicated to sex workers everywhere, I cried when I read what Miren writes in the acknowledgments section;

“My book owes everything to the many sex workers I’ve known over the years; I’m so grateful to all of you. I did sex work in traumatized secrecy for a long time, and discovering a community was revolutionary.”

Like Sperling, Mozley missed an opportunity in the book’s acknowledgments to thank the sex working community who inspired Hot Stew; Sperling, however, at least thanked his dog.

Just because outsiders, like Mozley, can write about marginalized communities does not mean that they should. If anything, their questionable ethical approaches and blasé attitudes about writing about sex work communities should be held to higher standards, given the devastating real-life consequences for sex workers. It is telling that both Sperling and Mozley have deleted their Twitter accounts; I imagine the pushback from the real-life sex workers angry about their middle-class literary interpretation of the lives of sex workers has been tough to take. 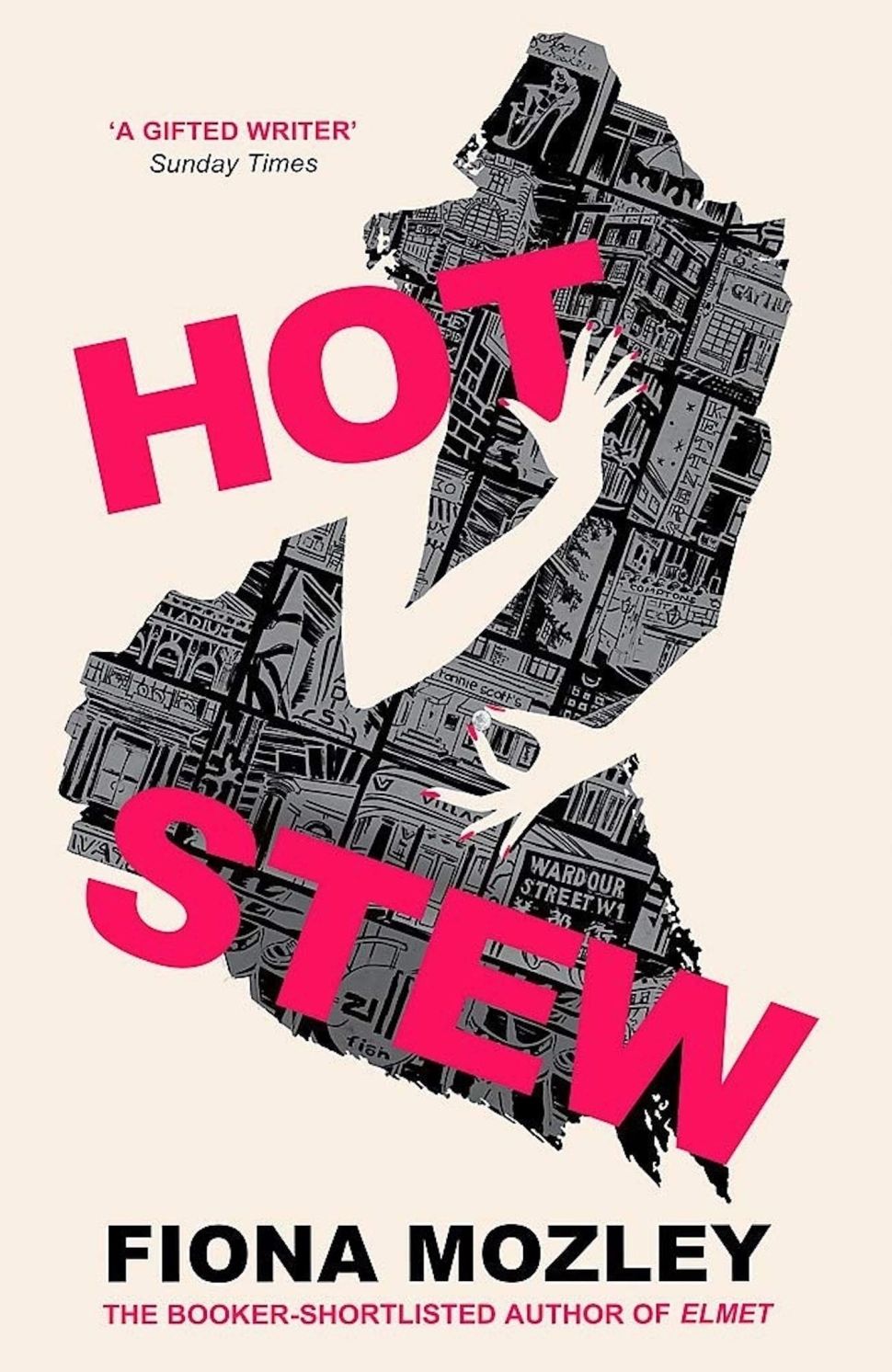