Not to break the fourth wall, but when Observer was putting together its 2021 Arts Power 50 list of figures who’ve caused recent tectonic shifts within the art world, I knew I had to ask Fred Moten if he’d consent to be included; I also knew he’d say no. Moten is a theorist, poet, professor and critic who’s perhaps best known for co-authoring The Undercommons: Fugitive Planning & Black Study, a book of essays that proffers lyrical battle strategies for confronting the systems that pin us, like dead butterflies skewered on spreading boards, to stultifying patterns and practices.

Moten, a professor in the Department of Performance Studies at Tisch School of the Arts at NYU, was a finalist for the National Book Award in 2014 and was named a MacArthur Fellow in 2020. Still, power isn’t Moten’s thing. “I don’t know what it means to have power, or whatever kind of power it is that I supposedly have in the art world,” he told Observer. Instead, he primarily turns his attention towards understanding “the entanglement in Black social life of joy and pain,” an intricacy that imbues Black art and music with “a radical, disruptive social energy that…gives us a way of imagining how we might live otherwise.”

In addition to receiving a $625,000 MacArthur grant, a crowning recognition for a brilliant body of work that also includes the consent not to be a single being trilogy, Moten’s thinking also recently drew a distinct amount of traction online during the height of the Israeli military’s June bombing campaign in the Gaza strip. The content in question drew from a 2017 conversation between Moten and historian Robin D.G. Kelley that took place at the University of Toronto. “For me, there’s two reasons to be in solidarity with the people of Palestine,” Moten said at the time. “One is because they’re human beings and they’re being treated with absolute brutality. But the other is that there’s a specific resistance to Israel as a nation-state.”

“To be perfectly clear about this,” Moten continued, “I believe that this nation-state of Israel is itself an artifact of anti-Semitism. If we thought about Israel and Zionism not just as a form of racism that results in the displacement of Palestinians, but if we also think about them as artifacts of the historic displacement of Jews from Europe in the same way that we might think of Sierra Leone or Libera of artifacts of racist displacement.” These words have rippled outwards over the years, remaining self-evidently relevant, affirming Moten’s status as a theorist whose thoughts on pretty much any topic are worth paying attention to.

Another example: “I think mayonnaise has a complex kind of relation to the sublime,” Moten said in a memorable 2018 New Yorker profile. “And I think emulsion does generally. It’s something about that intermediary—I don’t know—place, between being solid and being a liquid, that has a weird relation to the sublime, in the sense that the sublimity of it is in the indefinable nature of it.”

When I spoke to Moten, I was primarily curious about his perception of his own role within the art world, and I wanted to know just how much of the global art world machine he paid attention to.

Observer: Power is obviously an enormously loaded concept. What’s it like to receive an award like the MacArthur grant and ostensibly accrue more social and literal capital?
Moten: I’ll answer in kind of roundabout way, because there was this other thing, I think it’s ArtReview or Art-something, and they have a “Power 100” or a “Hot 100.” But they don’t really talk to you about it; they just put you in it. You have no choice. And what I found is that I have no idea what that actually means. I don’t know what it means to have power, or whatever the kind of power it is that I supposedly have in the art world seems very different than the kind of power that an artist would have or that, you know, a big curator would have or gallery owner or somebody like that. So, it’s not that I’m saying I don’t have it; I just don’t know how, what it is and how it works, you know?

But then the MacArthur, look, I mean, you know, that was about money. Now, very literally, I can do stuff. I was able to do stuff financially that I couldn’t do before. That’s another thing about the art world. My relationship with it is always sort of agile, which is that my job is actually to teach and get a paycheck every month, and I depend on that paycheck. That’s my job, so stuff I do in the so-called “art world” is usually for extra money. The Feel Trio, I paid for that to be published myself, and I used research money. I worked with a very small press — they were friends of mine — and we kind of pooled our resources together to get that book published. Same with The Undercommons; [Stefano Harney] and I paid for that; he mostly. That’s why we were happy to do it, because we were happy that we could then make it available online, so people could read it if they wanted to. So it was a shock to me that in the art world, they actually pay you to write.

When it comes to your current relationship to the art world, is there an extent to which you like to engage with market fluctuations, art fair drama; anything structural like that?
Really, I truly did not know how the art world worked. Stefano and I had a dear friend and mentor named William Corbett, and Bill was part of a school of poets called the New York School. People like Frank O’Hara and John Ashbery may be the main, most famous ones, and Amiri Baraka, in a certain way. And O’Hara and Ashbery had these very intense connections with — I don’t want to say that they had intense connections with the art world — but they were friends of artists, and there was a kind of social milieu in which artists and poets hung out together and did stuff together and theorized things together, and I think Bill was an extension of that. So in my mind, I thought stuff was kind of like that, you know? That it was really a kind of set of friendship groups, and I did not know anything, really, about the business of it, and I developed my own relationships with artists.

I met Theaster Gates at a conference, and we sort of became friends. One time, he invited me to his opening at this place called Regen Projects in Los Angeles. And I was like, “Sure, I’ll go.” Mostly, I went because it seemed like he wanted me to go. I got to the dinner afterwards at this fancy restaurant in L.A., and they were walking around with platters of foie gras, right, and this one collector came up to him, and that’s when I was like, “Oh, OK, they probably spent $500,000 on this dinner tonight.” That’s when I was like, “Oh, this is different than the raggedy poets I hang out with who are all just trying to pay their rent.”

But you’ve also served as an advisor for shows at the New Museum, I think it was “Trigger: Gender as a Tool and a Weapon.” How does doing that curatorial or advisory work differ from writing or teaching?
Well, it was organized in a very particular way, which is that the person at the museum who was running the education programs with the museum and who I think was also responsible for curating the show is Johanna Burton, who was a student in the performance studies department when I taught there in my youth, in the late ‘90s. So I knew Johanna for a long time and we got reacquainted at that point. It was also interesting because some of the people that were on that advisory committee, like Jack Halberstam and Eric Stanley, were people that I had known for a long time. So, my experience of it was just that it’s a bunch of friends sitting around talking about stuff.

What I felt was that we were there to sort of add to the atmosphere of thought that was around the show. Just to be there to help Johanna or to think with Johanna while she was working, and that part was really fun; it was cool. But I think we didn’t have any say or any input in terms of what was going to be shown or what was going to be picked.

Now, this raises an interesting question. There’s a thin line, I think, now, between adding to the general intellectual milieu of a show or of an event and being what Stefano sometimes calls a ‘content provider,’ where you are literally being, in a sort of sense, a set of ideas are being extracted from you in order to provide a kind of intellectual content maybe that the show would not or the art would not nearly have. And that’s an uncomfortable feeling. I can’t say that I’ve felt it a lot, but sometimes I’ve felt it and I don’t like it and I think it’s really problematic.

There’s a thin line between the providing of intellectual content and the conferral of a certain kind of monetary value. Somehow, you’re being asked to legitimize the artwork on a marketplace, and that I have no interest in doing whatsoever. I don’t begrudge artists their right to sell their work, but that’s just not my job, you know?

This is Part One of Observer’s conversation with Moten; Part Two will be published next week. 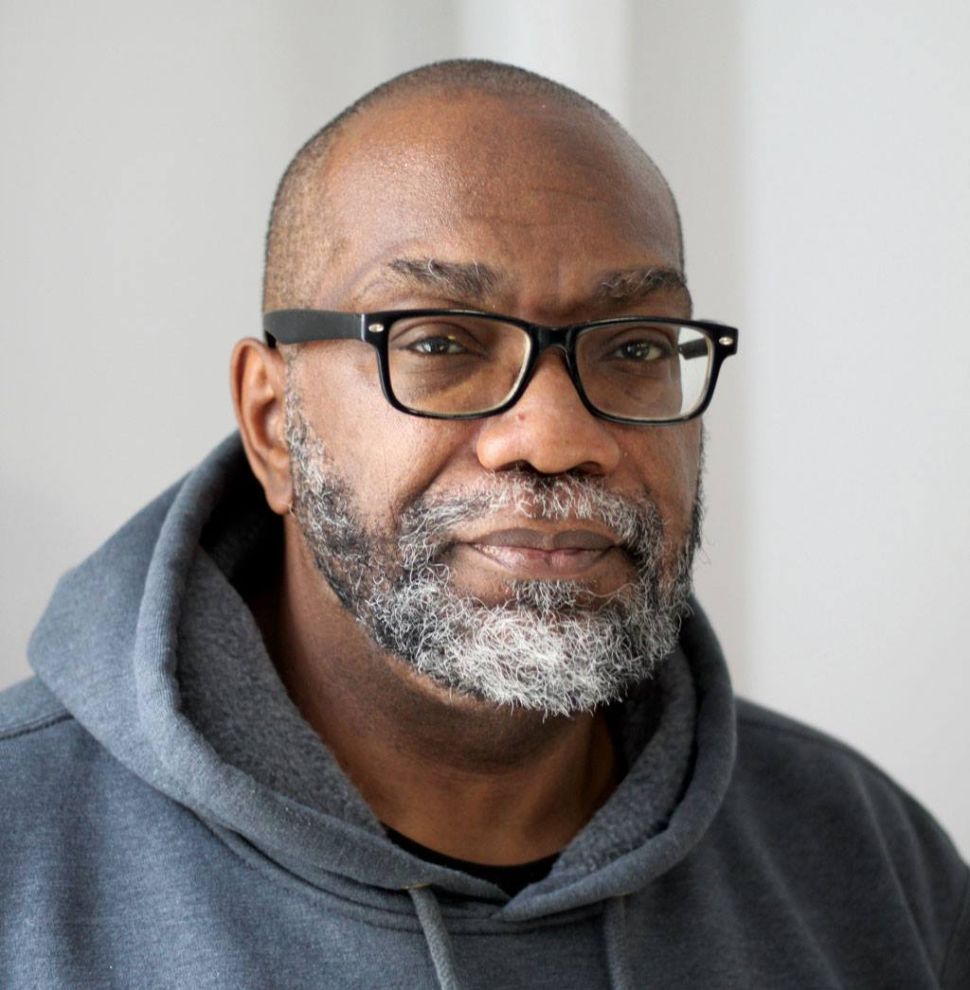