Angela Gulbenkian, a German art dealer and collector who was arrested in Portugal last year under suspicion of having stolen two artworks (an Andy Warhol print and a Yayoi Kusama pumpkin), last week pled guilty to stealing funds from some of her clients at London’s Southwark Crown Court. Back in 2018, Gulbenkian was first accused of wrongdoing when Mathieu Ticolat, an art dealer based in Hong Kong, said that his firm Art Incorporated had paid her $1.38 million for a Yayoi Kusama pumpkin sculpture in 2017; the sculpture had never arrived, despite Ticolat inquiring for months as to when it would be delivered.

Gulbenkian managed, for a time, to claim a certain amount of legitimacy in the art world due to her marriage to Duarte Gulbenkian, a football agent who is also the great-grand nephew of Calouste Gulbenkian, a Turkish-British-Armenian philanthropist and businessman who played a large role in making Iraqi oil depositories available to Western countries.

Shortly after Ticolat filed his lawsuit against Gulbenkian, another suit emerged wherein a London art dealer alleged that she had sold him an Andy Warhol print entitled Queen Elizabeth II (1985) for £115,000. Shortly after the transaction, the London art dealer himself was sued by the Warhol’s apparent original owner, who insisted upon either being compensating or getting the artwork back. It was too late, however: the London dealer had already sold the Warhol.

“Trusting someone because of their famous surname is a recipe for financial disaster,” Chris Marinello, a stolen art expert who worked with Mathieu Ticolat on the latter’s attempt to turn up the Kusama sculpture, told Artnet. “Angela had been using Instagram as one of the tools of her trade. Now, with [the pandemic] and more online buying, the art world needs to take great care when dealing with art advisors they don’t know.”

Reportedly, after she’d successfully secured payment for the artwork she’d never end up delivering, Gulbenkian would also indulge in rides on private jets and send as much as £221,000 to her mother. In addition to the art theft charges, the art dealer has also been accused of stealing £50,000 from her masseuse. 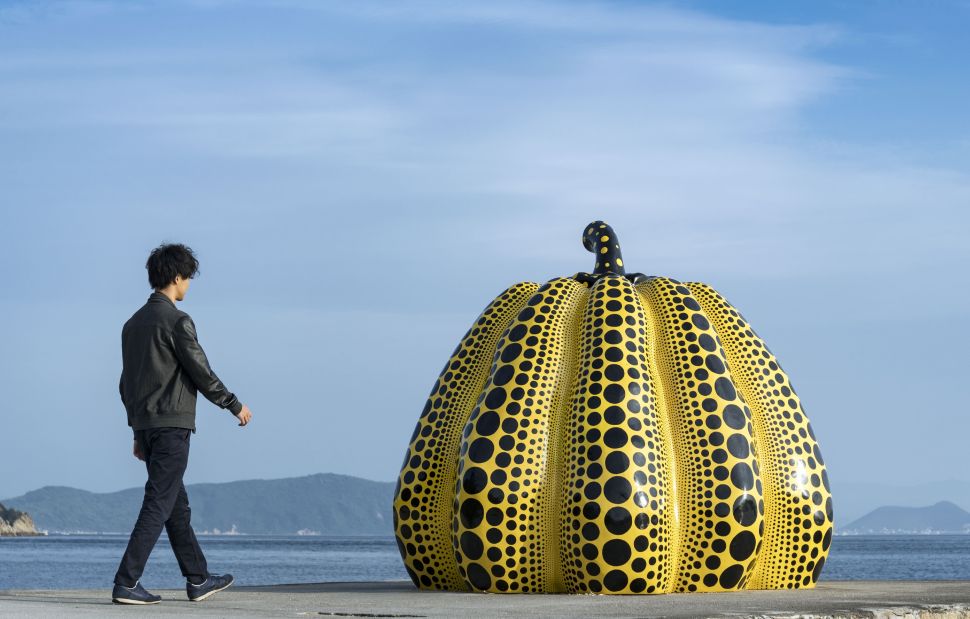