Even after almost 40 years, the Ghostbusters are still “who you gonna call.” This much is proven true in the latest Ghostbusters: Afterlife trailer, which digs up the past in more ways than one. Directed and co-written by Jason Reitman, son of the original film’s director Ivan Reitman, the film marks the fourth installment of the Ghostbusters franchise and is set to be released on November 11, 2021, following multiple delays due to the COVID-19 pandemic.

This highly anticipated Ghostbusters revival follows in the footsteps of Sony’s 2016 all-female reboot, which underperformed at the box office. The upcoming 2021 movie will include younger, newer additions to the cast as well as original members whose names are sure to ring a bell in old fans of the franchise. With returners such as Dan Aykroyd and Annie Potts and newcomers such as Finn Wolfhard (Stranger Things) and Paul Rudd, it’s clear that Jason Reitman’s aim with this film is to attract both young and old audiences and cement the memorability of the franchise’s generational legacy.

In Ghostbusters: Afterlife, single mother Callie (Carrie Coon) and her two children, Trevor (Wolfhard) and Phoebe (Mckenna Grace), move to a small town in Oklahoma. Given the creepiness of the old farm house that was left to the family by Callie’s father, not to mention the daily earthquakes that take place despite the absence of fault lines, it doesn’t take long for the main characters to become entangled in ghostbusting shenanigans. While the trailer focuses on the experiences of the freshest additions to the Ghostbusters cast — perhaps setting the stage for a new generation of future Ghostbusters — it is still interlaced with shots of an old ad recorded by the original Ghostbusters.

Unlike earlier trailers, this one does feature spooky ghosts — plenty of them, including mini Stay-Pufts turning each other into s’mores as Paul Rudd’s character watches — intermixing comedy with supernatural horror. It also features the return of Janine Melnitz (Potts) and the voice of Ray Stantz (Aykroyd), clarifying the film’s intention to serve as a sequel rather than a reboot. (Bill Murray is also confirmed to reprise his role as Peter Venkman.) The trailer walks the fine line between incorporating elements of nostalgia with trying to keep things fresh. Set 30 years in the future after the original movie, the curious kids explore a creepy-looking house, stumbling upon clues from the past to solve present-day paranormal problems. We will see the return of things like the Ectomobile, with twists like having said Ectomobile being driven by children, who also happen to be chasing a ghost.

The trailer ends with Paul Rudd’s character appearing to dial the Ghostbusters’ number. This November, we’ll see if the film will be able to fully answer the calls of die-hard fans of the original franchise as well as new audiences. 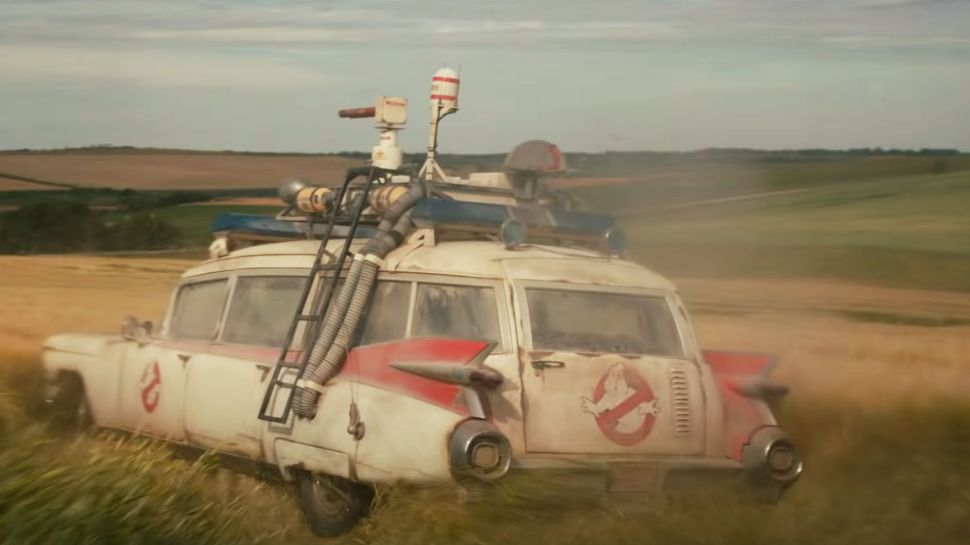