Famously, Tony Soprano once said: “You got no idea what it’s like to be Number One. Every decision you make affects every facet of every other thing.” So it was on HBO’s The Sopranos, where James Gandolfini starred as Tony, and so it was in real life, where he was an acclaimed and respected actor.

He was so acclaimed and in demand, the story goes on a recent episode of the Talking Sopranos podcast, that the producers of comedy series The Office apparently wanted to tap him to replace Steve Carrell after the actor’s departure from the long-running NBC show.

“I think before James Spader and after [Steve] Carell, they offered Jim — I want to say $4 million — to play him for the season, and HBO paid him $3 million not to do it,” said actor Steve Schirripa, who played Bobby Baccalieri, on the podcast. “That’s a fact.”

You can see a shocked grimace appear over face of podcast guest Ricky Gervais, creator of the original U.K. version of The Office, near the 41-minute mark in the YouTube video for the podcast. “That’s a good decision,” Gervais said as Michael Imperioli chuckled.

“Jim was gonna do it because he hadn’t worked and it was a number of years removed from when [Sopranos] ended,” said Schirripa. As he explained to Gervais, the reason HBO apparently paid him was not simply to keep the Sopranos legacy “pure” but also because he was involved in making the miniseries The Night Of (in a role that eventually went to John Turturro after Gandolfini’s 2013 death).

Observer has reached out to HBO for comment and any additional details on the payment and will update this story if we hear back.

For what it’s worth, had history gone another way, Gandolfini was a talented enough actor — and specifically one with precise enough comedic timing — that he probably would have acquitted himself hysterically in the fictional halls of the Pennsylvania-based Dunder Mifflin Paper Company. One of his last film roles, Enough Said, is a movingly humane, understated rom-com driven by his rapport and humor alongside Julia Louis-Dreyfus. And who can forget some of Tony Soprano’s funniest visual gags, like his fight with a ketchup bottle in the series finale? 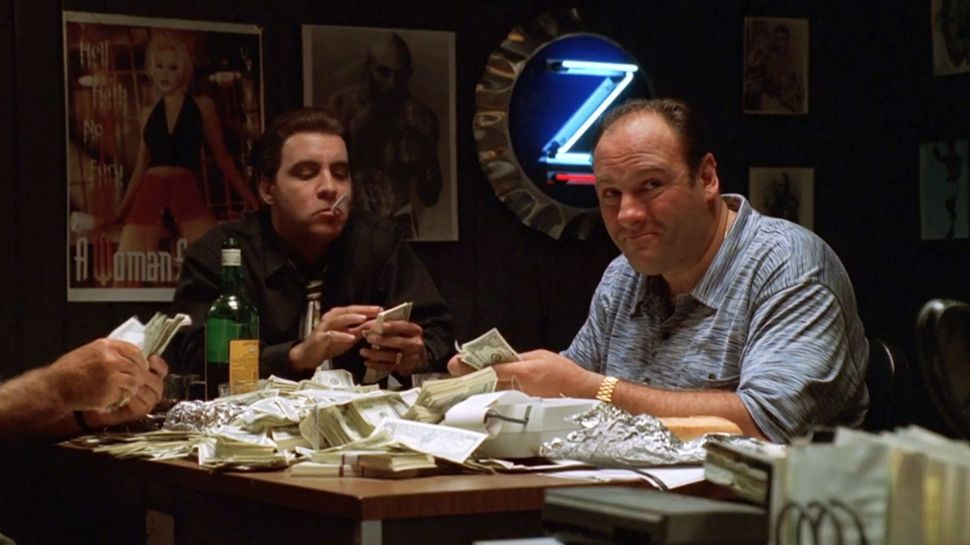