According to the German culture ministry, a pair of enormous bronze horses which were crafted specifically for Adolf Hitler and which were previously part of a private collection are going to become government property. The horses, which were made by the Austrian-German sculptor Josef Thorak, were intended to stand at the entrance to the New Reich Chancellery; the dictator commissioned the building to be a physical representation of Nazi totalitarian rule. According to The Art Newspaper, the horses were acquired by a private collector after being left behind at a Soviet military base.

Back in 2015, the horse statues initially turned up in the course of a German police investigation into an illegal art trafficking ring. Several other examples of Nazi-era art were found during the same investigation, including an Arno Breker sculpture of shirtless sword fighters. Rainer Wolf of Bad Dürkheim near Mannheim, the collector who had the horse statues in his possession, has relinquished them to the German government; the government has plans to display the statues in an exhibition at some point.

Nazi-era art has a tendency to pop up at auctions frequently, but in recent years, Nazi memorabilia has also been stolen en masse from museums, indicating that fervent collector interest in fascist items is an ongoing trend. In addition to the bronze horses, Hitler amassed thousands of works of art for his planned but never completed National Socialist Museum of Art. “There is not much left of the Reich Chancellery, which featured very prominently in Nazi propaganda,” Stephan Klingen, an art historian at Munich’s Central Institute for Art History,” told The Art Newspaper. “These horses belong in a museum, not in the cellar of a private collector. It is better that we can see them.” 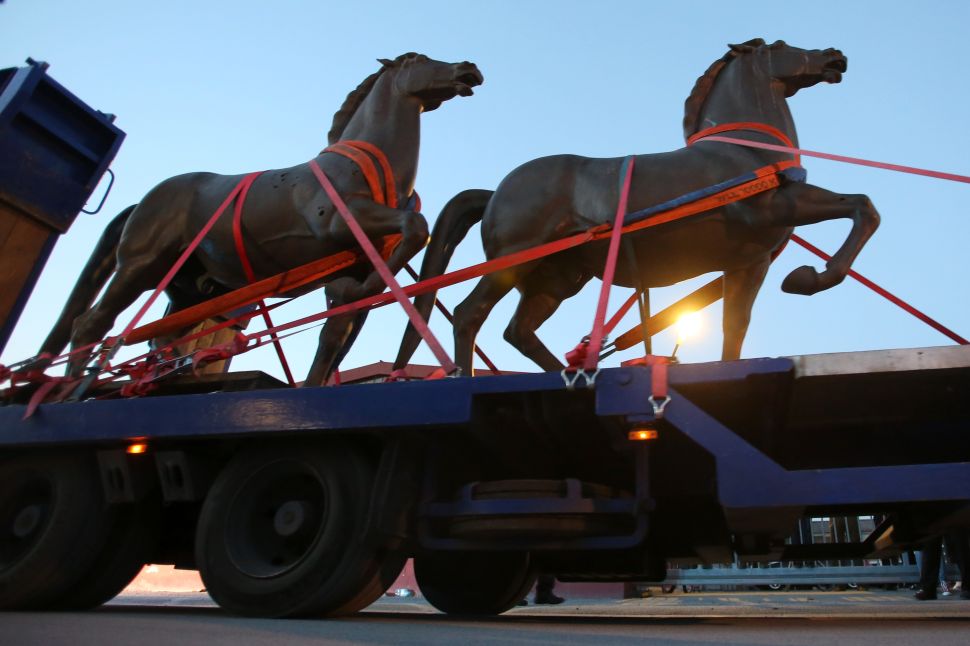