It’s started already. I’ve excitedly gone to purchase tickets for arts events, assuming virtual options were available (as they were for over a year of the pandemic) only to feel the sting of rejection: In-person tickets only.

I feel like I’m being disinvited from the party. I’m disabled from an autoimmune disease, and attending live events is painful and dangerous. If I go, I risk weeks of recovery.

The pandemic opened up my world. I attended a Broadway performance in New York from the comfort of my bed in Los Angeles. I attended book signings, stand-up and plays all while snuggled with my dog and cat. I saw more live events in the past year than I did in the ten years prior.

I anticipated accessibility being ripped away as vaccinations revved up. But feeling like I was finally given so much joy, only to have it taken away, has been more heartbreaking than I envisioned.

The answers I got ranged from genuinely well-intentioned to performative PR deflections. There was a lot of waxing poetic about past virtual events rather than answering my questions about future accessible programming. There were multiple requests to speak “off the record” and a lot of hemming and hawing when I asked for clarification on what continuing virtual programming “in some form” actually meant.

But there is money to be made and an entire community of disabled and chronically ill people to accommodate. I’ve personally spent $492 on 13 virtual arts events during the pandemic, compared to $64 on the mere three in-person events I was able to attend in 2019.

According to a pandemic consumer reports survey, 64% of people paid for one or more virtual event during the pandemic, spending an average of $172.

And according to Culture Track, one of the largest arts and culture studies ever undertaken in the U.S, 55% of people who streamed theater and 57% of people who attended natural history museums virtually had not attended in person the year before. Meaning there is a brand new audience of customers to be reached virtually.

If digital viewers paid $15-30 per ticket, rather than $123—the average price of a Broadway ticket—revenue could increase between $345 million and $690 million annually.

There is an understandable desire to get back to work “as usual”. The devastation COVID-19 inflicted on the arts community is soul-crushing. Between April and July 2020 alone, 2.3 million people lost jobs in the arts sector, including almost half of actors and dancers, as well as 27% of musicians.

Furthermore, continuing to offer streaming and virtual options in a post-pandemic world is complicated. Union and copyright issues abound. There are very real concerns over performers being fairly compensated for their work.

But this precarious “back to normal” fantasy that non-disabled people are desperately clasping onto never really worked for many members of the disability community.

Laken Brooks, a Florida-based digital storyteller with chronic pain and ADD, tells Observer that she’s “always loved plays, but it’s hard for me to sit still.” The ability to stand up and stretch as she watches plays digitally has been a welcome pandemic gift. “In the rare occasions that I’ve attended a live show, especially if I haven’t been able to select a seat near the end of a row or an exit, I’ve swallowed down the pain and sat still in my seat, not able to enjoy a second of the show.”

With the return of in-person arts events and the disappearance of virtual tickets, Laken, like the half dozen members of the disability community who spoke with Observer, is “left sitting behind a computer screen with no option to participate.“

It’s a terrible feeling. When I discovered that Rockwood Music Hall was no longer providing virtual ticket options, it felt like a personal rejection. Like all the Broadway stars I wanted to hear sing no longer wanted me in their audience. I know it’s not on them; but it honestly felt like a friend forgetting about me.

When Observer reached out to Rockwood Music Hall to ask if digital tickets are permanently gone or if there’s a plan in place to bring them back, they responded: “For the time being, we’ve paused any live streaming as the logistics for producing great sound and video are much more complicated with a live audience presence.”

When further asked if someone from Rockwood Music Hall might be willing to talk with Observer for this article about live streaming and accessibility, no one responded, even three follow-ups later.

I was expecting a similar brush-off from Feinstein’s/54 Below, after receiving a near-identical email from its box office when I asked about the future of live streamed concerts. But Richard Frankel, co-owner of the club and Broadway producer (Angels in America, Smoky Joe’s Cafe) agreed to speak with me, and our conversation gave me renewed hope.

Like Rockwood Music Hall, he concurred there are details to work out—such as the expense of purchasing new cameras that can be mounted to the ceiling and operated remotely, so as not to block in-person audience members. However, he also told Observer  “it’s fully our intention” to make live streaming happen. “Not all the shows, but regularly.”

Of course, any club that records or streams live music has to contend with union and copyright issues. The performers need to be properly compensated for intellectual property that could be seen by millions. Indeed, anyone who could stake a claim to streaming revenue has to be considered, and profits need to be reasonably divided.

Frankel sees that as a challenge, but not an insurmountable one. And he is quick to admit that he sees money to be made by adding a live stream element to shows. Profit is always good, he says, but continuing to make Feinstein’s/54 Below accessible is also essential “in terms of cosmic right and wrong.”

His plan is to be regularly live streaming shows by September, perhaps once a week, on Saturday nights. He said he’ll “be crushed if we can’t do it.”

Dr. Akilah Cadet, founder and CEO of Change Cadet, an anti-racism consultancy firm, tells Observer that continuing to offer digital options at arts venues is a steadfast way to “add to their diversity, equity, inclusion, belonging, anti-racism efforts, because they’re thinking about belonging—how everyone should belong in that particular space.”

Cadet, who lives with chronic pain and coronary artery spasms, says “most of these venues and concert halls and museums have made commitments to diversity.” That commitment should not waver, she says, just because digital accessibility is no longer needed for non-disabled people.

Alaina Lavoie, a journalist covering disability and LGBTQ+ issues, tells Observer they “think that digital arts programming is so awesome, but pretty exhausting for me as an autistic person.” But, they say, “Many people have enjoyed the freedom of being able to attend events and have experiences from home, and this is one aspect of pandemic life that I believe should continue.”

Emily Ladau, disability activist and author of the forthcoming Demystifying Disability, explains to Observer that accessibility is all about options. “Providing digital opportunities to experience the arts has helped to eliminate physical and financial barriers for so many.”

We don’t want kernels of accessibility—little digital offerings to fill “accessibility” quotas—when everyone else is getting warm, buttery popcorn. Though many interviews for this article made me feel like I was drowning in PR mumbo-jumbo, I was heartened that venues such as Lincoln Center, the Brooklyn Museum, the Metropolitan Opera and the Dwana Smallwood Performing Arts Center are all planning a hybrid of in-person and virtual programming moving forward. Not simply because of the success of live streamed content—the Met tells Observer that live streams reached over 20.5 million people in more than 180 countries—but because it’s the right thing to do.

As Lauren Argentina Zelaya, the director of public programs at the Brooklyn Museum, tells Observer, increasing accessibility should not be “an item on your checklist, but an entire approach.” 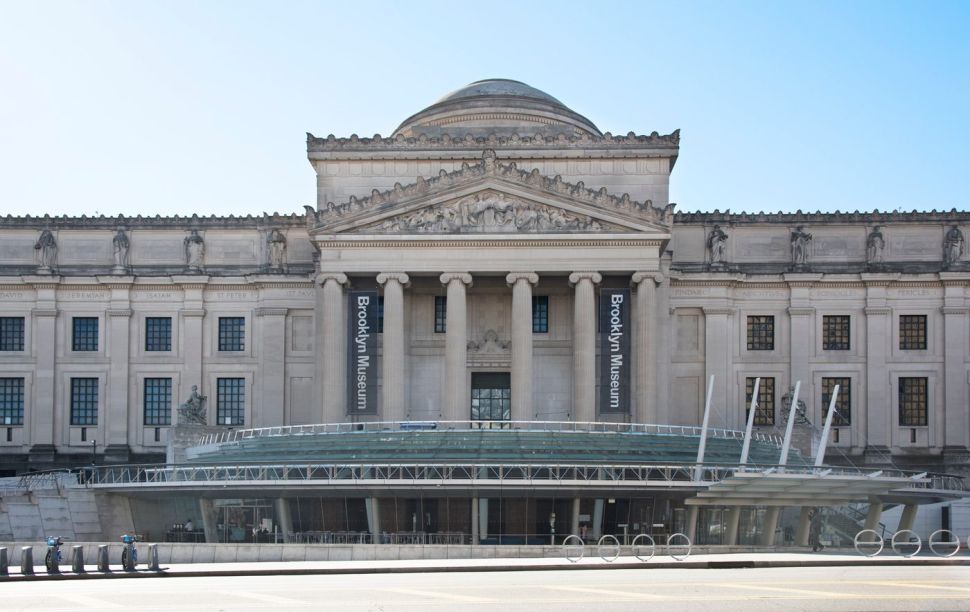