Jackass is back, in the best way possible. A new trailer has just dropped for Jackass Forever, scheduled for a theatrical release by Paramount Pictures on October 22 of this year. The film, the fourth in the Jackass franchise and directed by series veteran Jeff Tremaine, is as nail-biting, excruciating and LOL-worthy as you would expect from the Jackass crew.

From what we could tell in the trailer released today, the crew has much in store for fans both familiar with and new to the franchise. Jackass Forever contains its fair share of dangerous stunts, crazy (and gross) concepts, and activities that most of us would never even think of attempting — not even if they were triple-dog-dared to. At the same time, the jackasses are adding fresh, welcome elements to the mix that are sure to attract new viewers, among them appearances from Tyler the Creator, Eric Andre and more women! (Prior Jackass movies have not been known for acing the Bechdel test.) Additionally, the beloved veteran cast members such as Steve-O and Johnny Knoxville will be joined in their shenanigans by younger stunt members such as Jasper Dolphin of Odd Future and guest stars such as Tony Hawk.

If the clip above is any indication, the film aims to be just as memorably death-defying as the first three films. We’ll see if the jackasses pull it off. 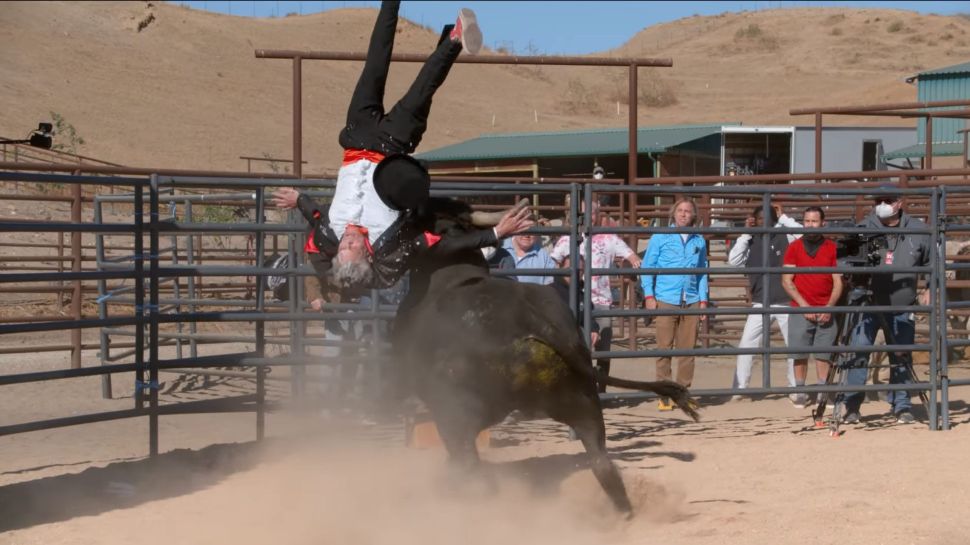