The world’s richest man Jeff Bezos says he is ready to blast off into space on Tuesday as his rocket company Blue Origin’s first passenger.

Bezos, 57, will be joined by his younger brother, Mark Bezos, the American aviation pioneer Wally Funk and Oliver Daemen, a physics student from the Netherlands whose father paid an undisclosed amount for the trip through an online auction. At 18, Daemen will be the youngest person in space, while Funk, 82, will be the oldest person ever to go to space.

The team will lift off in a New Shepard crew capsule atop a reusable New Shepard booster Tuesday morning from Blue Origin’s launch site in the remote desert of west Texas.

A live broadcast of the launch will start at 9 a.m. ET on Blue Origin’s website.

Tuesday’s mission will be Blue Origin’s 16th flight with the New Shepard rocket and the company’s first flight with passengers on board. The spacecraft will fly the crew past the Kármán line (62 miles), the official boundary between Earth’s atmosphere and outer space.

“I can’t wait to see what it’s going to be like,” Bezos said on NBC’s “TODAY” on Monday. “People say they go into space and they come back changed. Astronauts always talk about that, whether it’s the thin limb of the Earth’s atmosphere and seeing how fragile the planet is, that it’s just one planet, so I can’t wait to see what it’s gonna do to me.”

Bezos announced his spaceflight in June. He picked July 20 as the launch date to pay homage to the 52nd anniversary of the Apollo 11 moon landing. But unexpectedly, Virgin Galactic founder Richard Branson beat him as the first billionaire to go to space with a suborbital flight in a VSS Unity spacecraft on July 11.

The next day, on July 12, Blue Origin received the official approval from the Federal Aviation Administration to fly paying customers.

Bezos stressed that he’s not in a competition with Branson or any other space entrepreneur. “There’s one person who was the first person in space—his name was Yuri Gagarin—and that happened a long time ago,” he said on “TODAY.” “I think I’m gonna be No. 570 or something, that’s where we’re gonna be in this list. So this isn’t a competition, this is about building a road to space so that future generations can do incredible things in space.”

Both Blue Origin and Virgin Galactic aim to offer commercial flights to so-called suborbital space, an area roughly between 100 kilometers (62 miles) and 160 kilometers (100 miles) above sea level. There’s an ongoing debate about whether suborbital space is really part of the outer space. The U.S. military and NASA award astronaut wings to anyone flying above 80 km (50 miles), while the U.S. State Department doesn’t support a distinct boundary between atmospheric flight and spaceflight. 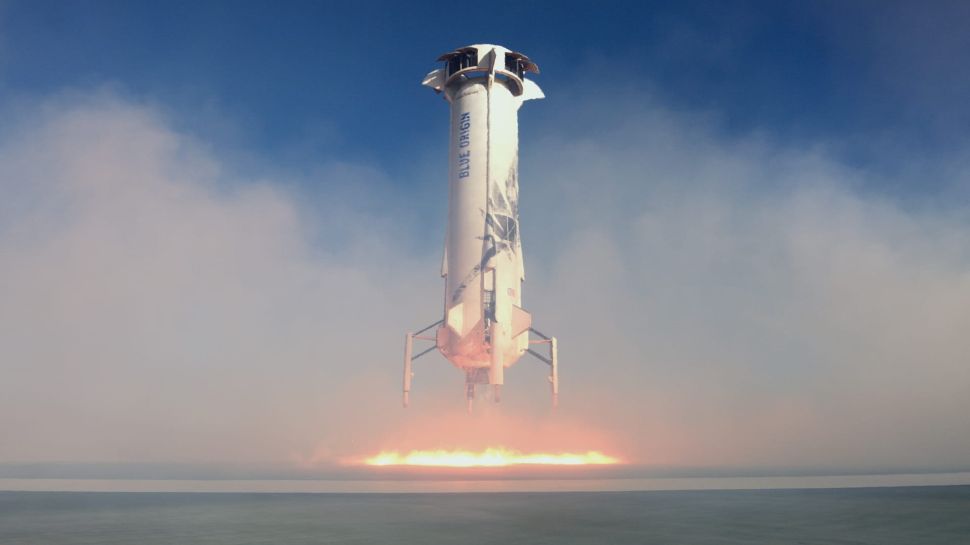