Jeff Bezos was excited to receive his astronaut wings, a badge awarded by the U.S. government, after his historic spaceflight this week in a rocket made by his own space company, Blue Origin. However, a rule change by the Federal Aviation Administration might render him unqualified for such an honor.

On Tuesday, the day Bezos and his three crew members blasted off into space, the FAA announced a change to its Commercial Astronaut Wings Program that added new requirements for civilians to receive astronaut wings.

Before the change, the FAA would award commercial astronaut wings to anyone who successfully flies past the altitude of 50 miles (80.5 kilometers), the U.S.-recognized boundary of space. The new rule states that commercial launch crew members must also demonstrate “activities during flight that were essential to public safety, or contributed to human spaceflight safety.”

That means passengers who aren’t essential to operations don’t qualify for astronaut wings. For example, the two Virgin Galactic pilots flying along with Branson earlier this month would still qualify because they were essential to flight safety. Branson and the other three passengers would not qualify. But Branson and his fellow passengers had already received their wings before the new rule took effect on July 20.

None of the crew members on Blue Origin’s flight will qualify because the New Shepard rocket carrying the crew was an autonomous vehicle. “There’s really nothing for a crew member to go do,” Blue Origin CEO Bob Smith said in a pre-launch briefing.

The shift was made because it “aligns more directly to the FAA’s role to protect public safety during commercial space operations,” reported CNN, quoting an FAA spokesperson. In order to receive astronaut wings under the new rule, a nomination is required, the spokesperson said. “There are no nominations currently before the FAA to review.”

The good news is that the new order allows the FAA to issue “honorary” astronaut wings to “individuals whose contribution to commercial human spaceflight merits special recognition.” However, it’s solely up to the FAA’s associate administrator for commercial space transportation, Wayne R. Monteith, to determine who qualifies for the honorary award. 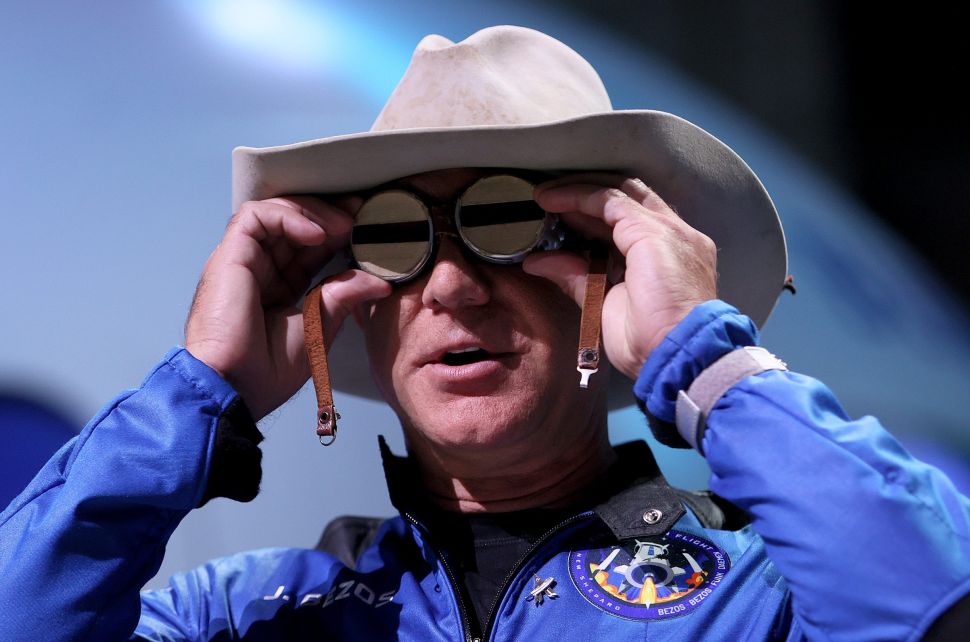