On Tuesday, Jeff Bezos and his three crew members successfully flew to space on Blue Origin’s maiden flight. A New Shepard rocket carrying the four passengers soared to 100 kilometers (66.5 miles) in the sky, rendering the crew weightless for a few minutes against the backdrop of the blackness of outer space and a bit of Earth’s curvature outside the window.

Flying along with the Amazon founder was his younger brother, Mark Bezos, the 82-year-old American aviation pioneer Wally Funk and the 18-year-old Oliver Daemen, who bought a seat on the flight through an online auction.

While Daemen, the youngest person to travel to space, said the flight “felt way cooler than it looked” in the flight footage, Funk, now the oldest person in the history of human spaceflight, thought the experience was just okay.

“We went right on up and I saw darkness. I thought I was going to see the world, but we weren’t quite high enough,” Funk said in an interview with the New York Post on Wednesday.

The most famous images of Earth from space are those taken by astronauts on the International Space Station. Bezos said in interviews ahead of the flight he was excited to get the same experience. “People say they go into space and they come back changed. Astronauts always talk about that, whether it’s the thin limb of the Earth’s atmosphere and seeing how fragile the planet is,” he said on NBC’s “TODAY” on Monday.

But the ISS’s orbit is about four times higher than Blue Origin’s peak altitude, so the view from its passenger capsule couldn’t quite match what astronauts saw from higher up.

In a post-flight press conference, Funk said she also wished the flight could have been longer and the passenger cabin bigger.

“I loved every minute of it. I just wish it had been longer…and could do a lot more rolls and twists and so forth,” she said. “But there was not quite enough room for all four of us to do all those things.”

Tuesday’s flight lasted about 11 minutes in total. The passenger capsule separated from its booster several minutes after liftoff, and the crew experienced a few minutes of weightlessness before parachuting back to the ground. Flight footage shows the crew bumping into each other while floating around in zero gravity.

Funk was invited by Bezos as a “honored guest” on the flight. She was one of the 13 women trained for NASA’s Mercury program in the early 1960s. The program eventually got cancelled and none of the trainees flew to space.

“No one has waited longer,” Bezos said in a video earlier this month announcing that Funk had been chosen for the Blue Origin trip. 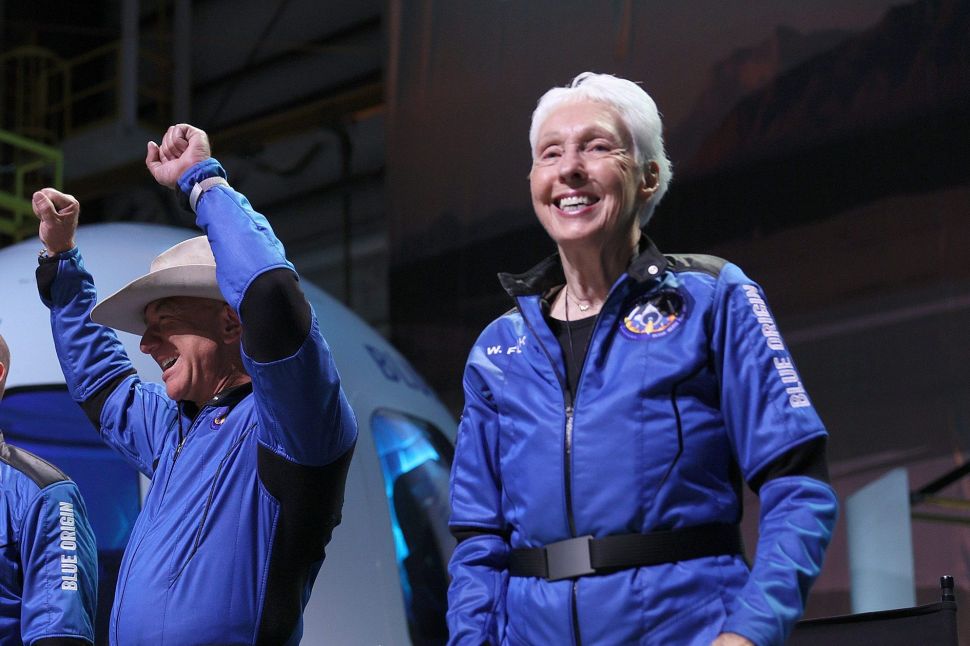