At the movies, the road to disappointment is often paved with good intentions. This has never been truer than the case of Joe Bell, a flawed but noble failure about the tragic effects of bullying on gay teenagers that, for many reasons, sadly delivers much less than it promises. It’s still worth seeing, mainly for the depth and feeling Mark Wahlberg exhibits in the title role, but fails to expand a viewer’s vision and understanding of an otherwise hot-button topic beyond a superficial surface.

Based on a true story that happened in 2013, the film chronicles a few basic facts in the life of a scruffy, bearded, 45-year-old working-class Oregon man named Joe Bell whose naïve and limited knowledge of the world around him is changing so fast he can hardly keep up with the six o’clock news. Suddenly shaken to the core when his 15-year-old son Jadin is first victimized at school by bigots because he’s gay, and commits suicide, a father’s life is shattered.

Joe doesn’t exactly understand Jadin, but he loves him anyway, and wants to honor his memory. The way he decides to do it is to walk across the country from Oregon to New York, delivering speeches anywhere anyone will listen — gyms, honky tonks or church meetings — designed to instruct, enlighten and broaden horizons of ignorance that allow people to torture whatever segment of society they don’t understand.

In a choppy, confusing trajectory that jumps from current events to flashbacks in a variety of time frames, we learn a few facts about a father-son relationship that was ignored until it was too late. Joe didn’t honestly approve of Jadin’s desire to be a cheerleader instead of playing ball, but he learned to tolerate his passion for Lady Gaga and in one scene even sings a duet on one of her hit songs. Some of the past vignettes are amusing, but not always convincing, and by the time Joe reaches Utah, stretching his limits of compassion to his first gay bar and meeting his first drag queen, I began to suspect a little altruism was going too far.

At a time when when hatred on the basis of sexual orientation and gender identity is so prevalent it has become a part of everyday life, the agony Joe witnesses in his own son’s secret existence becomes palpable, but I’m not crazy about the non-linear style in which director Reinaldo Marcus Green traces it. The direction is slow, the people who come and go seem like afterthoughts, the strangers who seek out Joe along the road with ice and soda pop, the sheriff (Gary Sinise) who shares similar experiences he had with his own son, even Joe’s wife Lola (Connie Britton) are all so blandly under-developed that the film’s attempts to avoid convention eventually become annoying. The script was written by Diana Ossana and Larry McMurtry without the nuanced character analysis they displayed in the screenplay for Brokeback Mountain. Disappointment is pervasive throughout.

It must be emphasized that the actors do an admirable job struggling to add depth to characters that stubbornly refuse to leave the written page. Newcomer Reid Miller finds his own three-dimensional levels as the troubled teenager Jadin, and in a role more socially relevant than his usual macho he-man showcases, Mark Wahlberg gets the rare opportunity to explore his sensitive side and does an unusually touching job of balancing blue-collar crudeness with exemplary elements of responsibility, redemption and decency.

Editor’s note: If you or someone you know is in crisis or struggling with thoughts of suicide, help is available. Call the National Suicide Prevention Line at 1-800-273-8255 to speak with someone now or text START to 741741 to message with the Crisis Text Line. 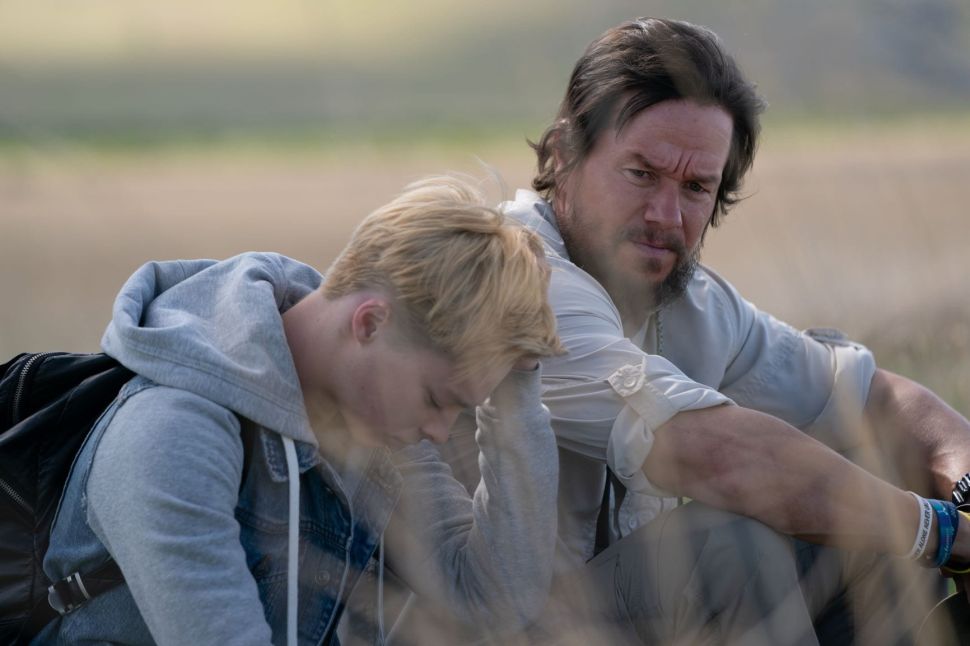