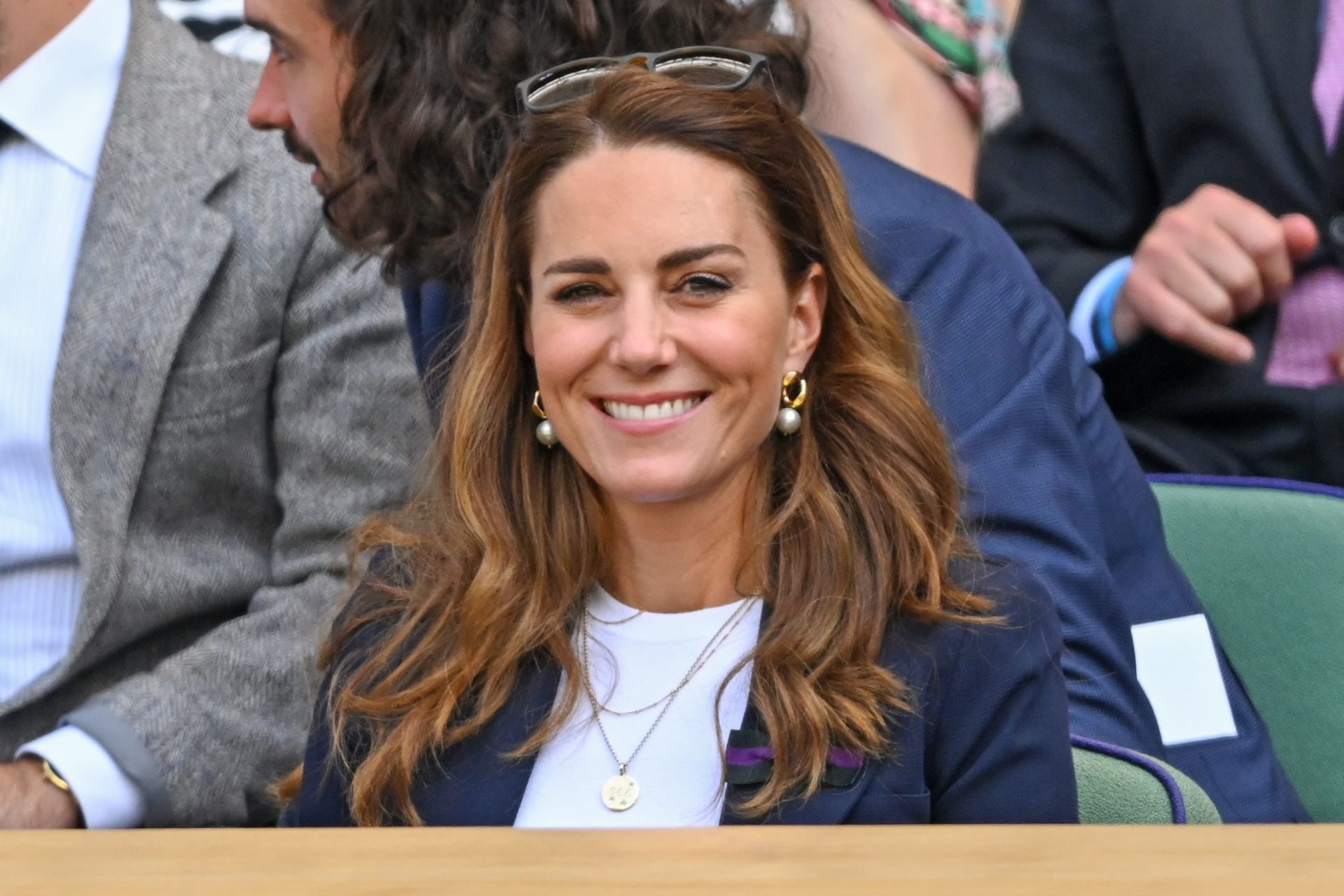 Kate Middleton made her grand return to Wimbledon today. Scroll through for all the best moments from the ultimate royal tennis fan's surprise appearance.
Morgan Halberg 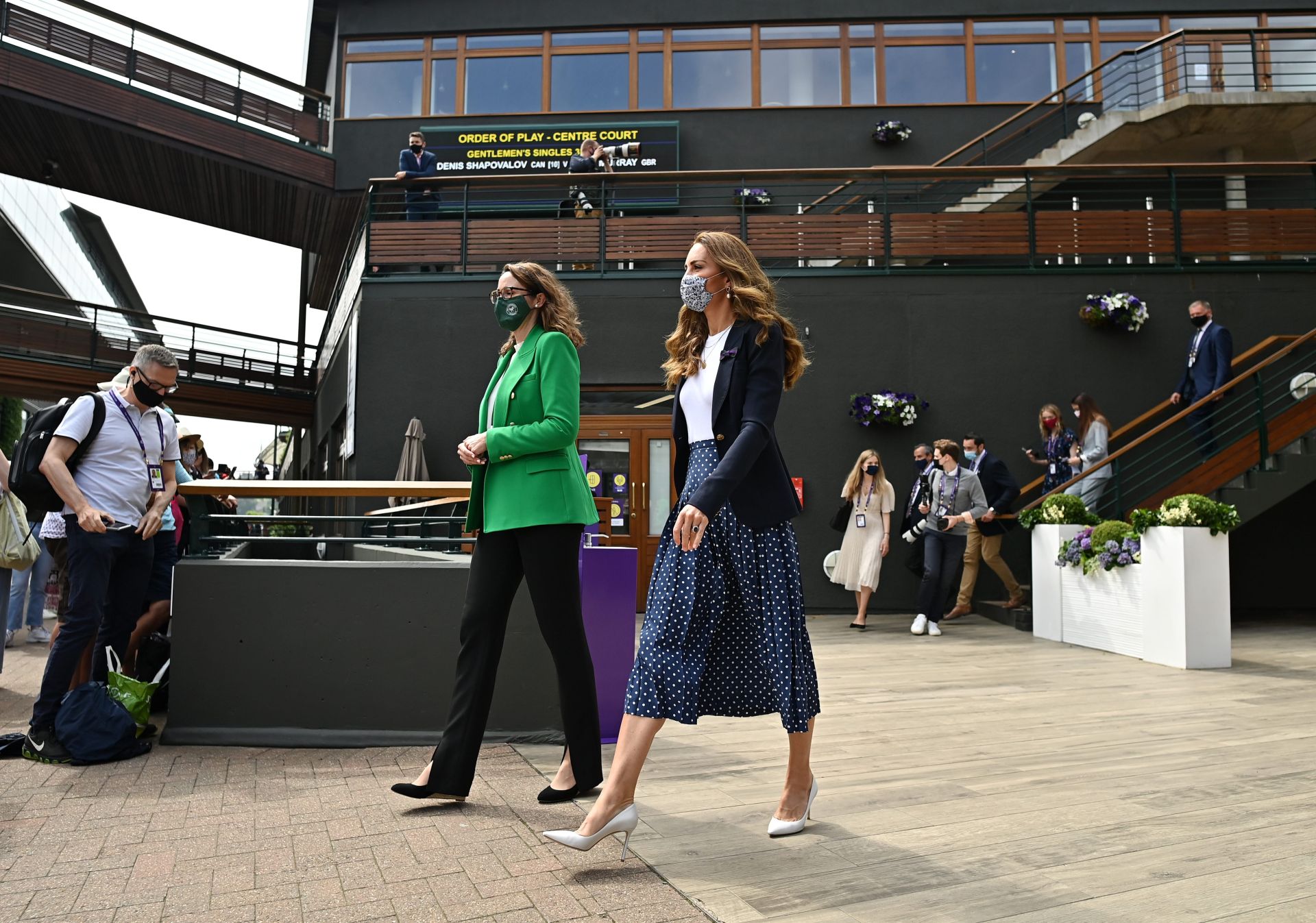 The Duchess wore a blue and white polka dot ensemble for the occasion.
Morgan Halberg 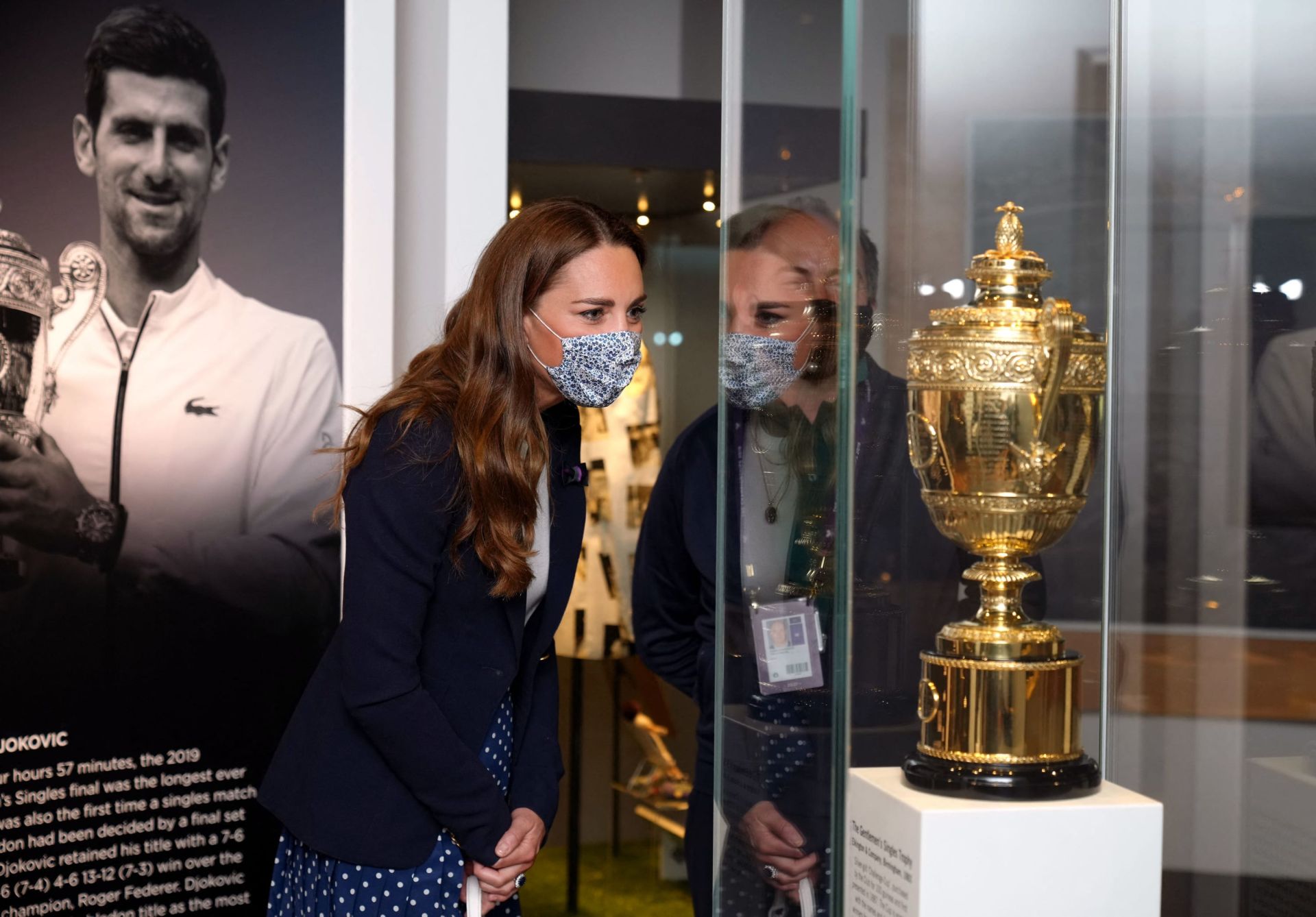 Eye on the prize, of course.
Morgan Halberg 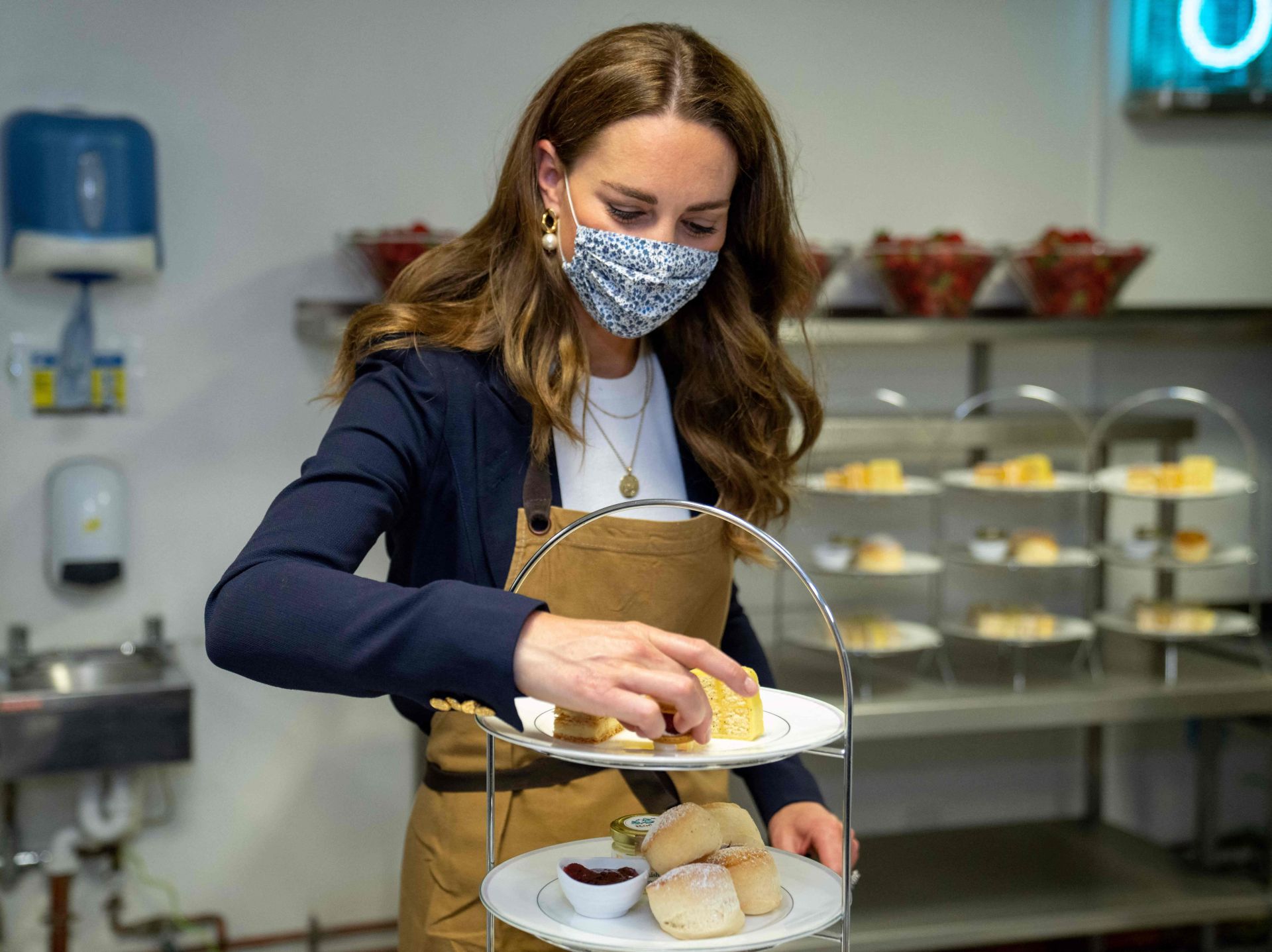 She helped prepare meals in the AELTC kitchens, to help the local community.
Morgan Halberg
Advertisement 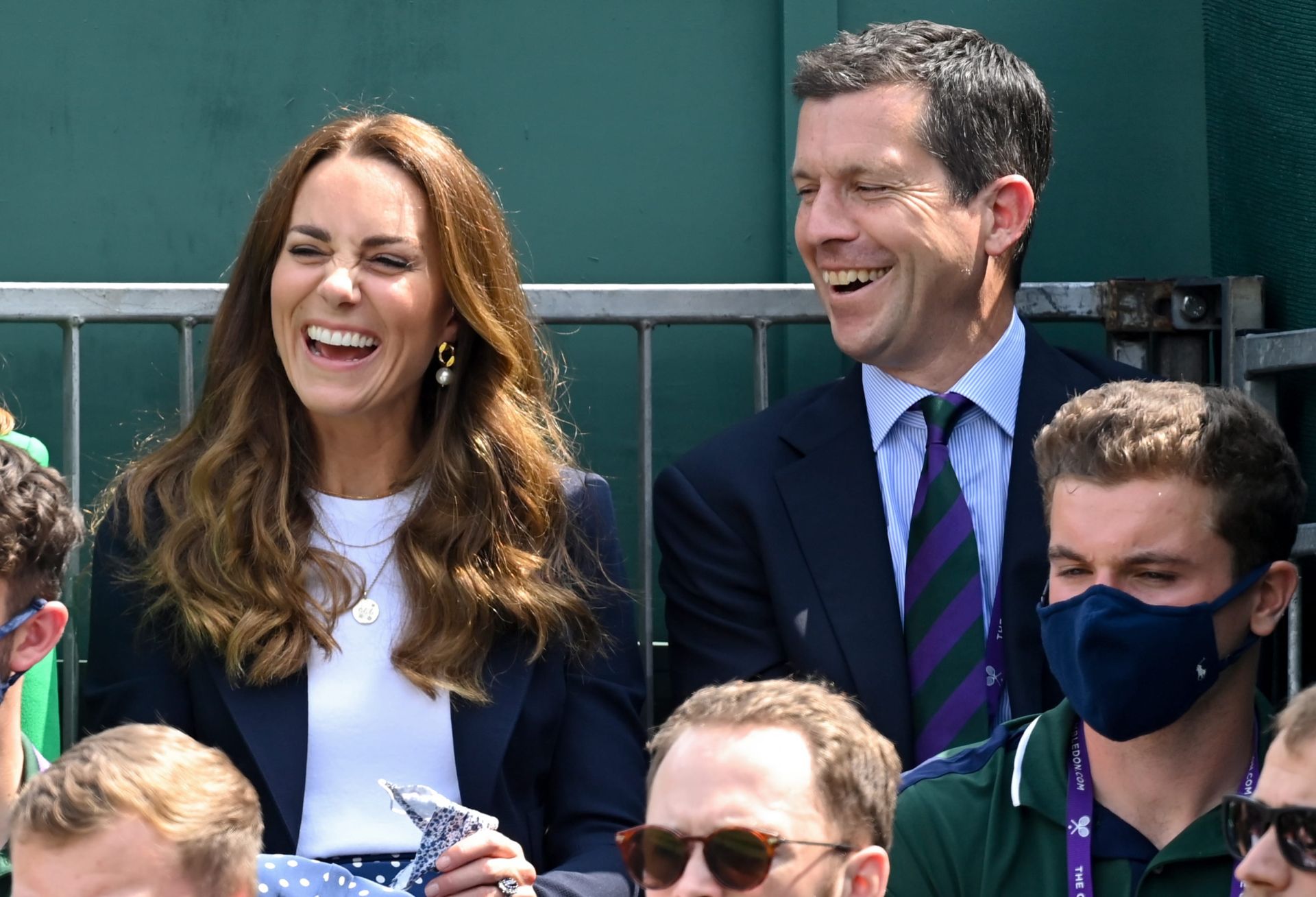 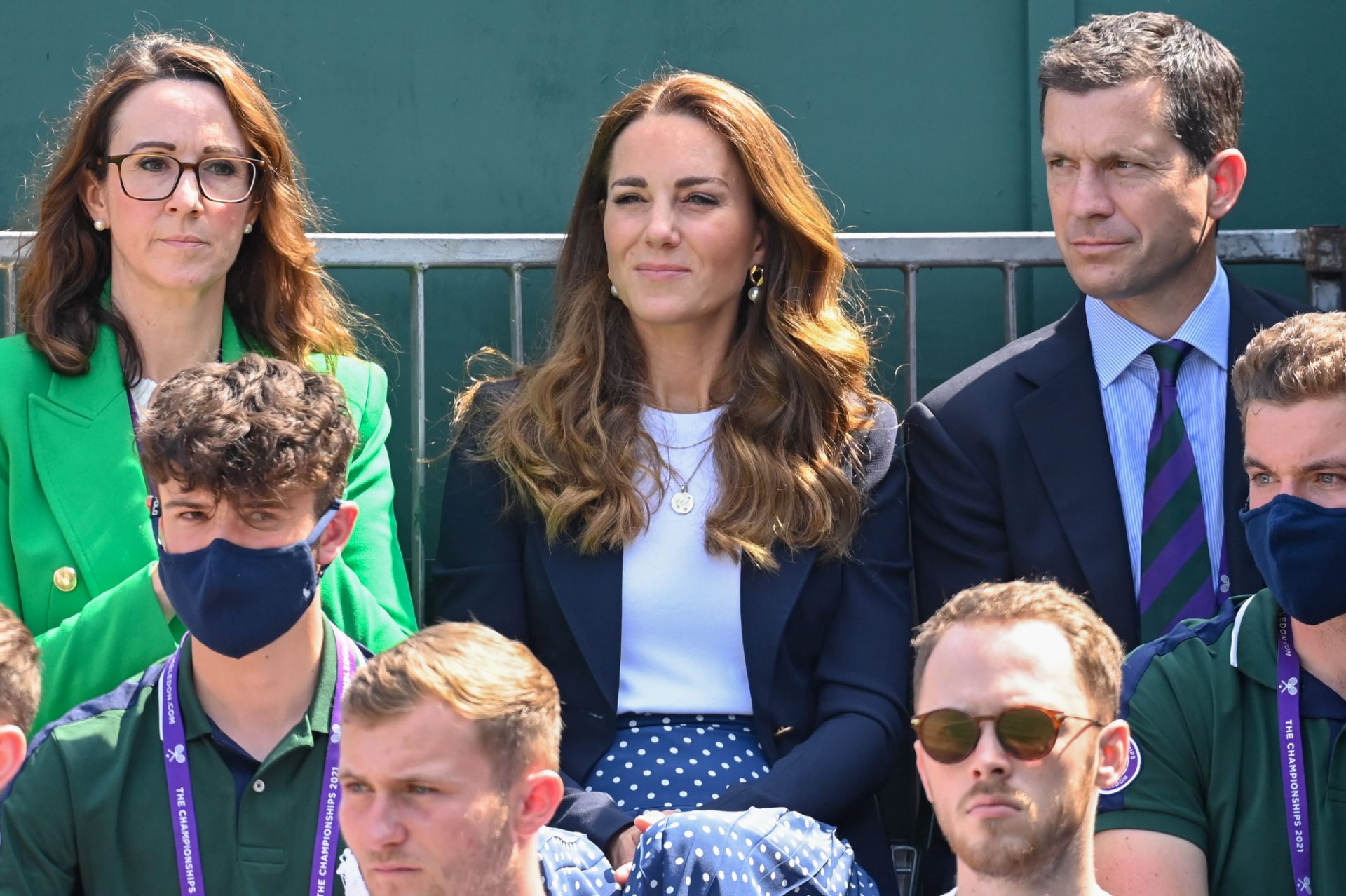 A more stoic moment from the most expressive face at Wimbledon.
Morgan Halberg 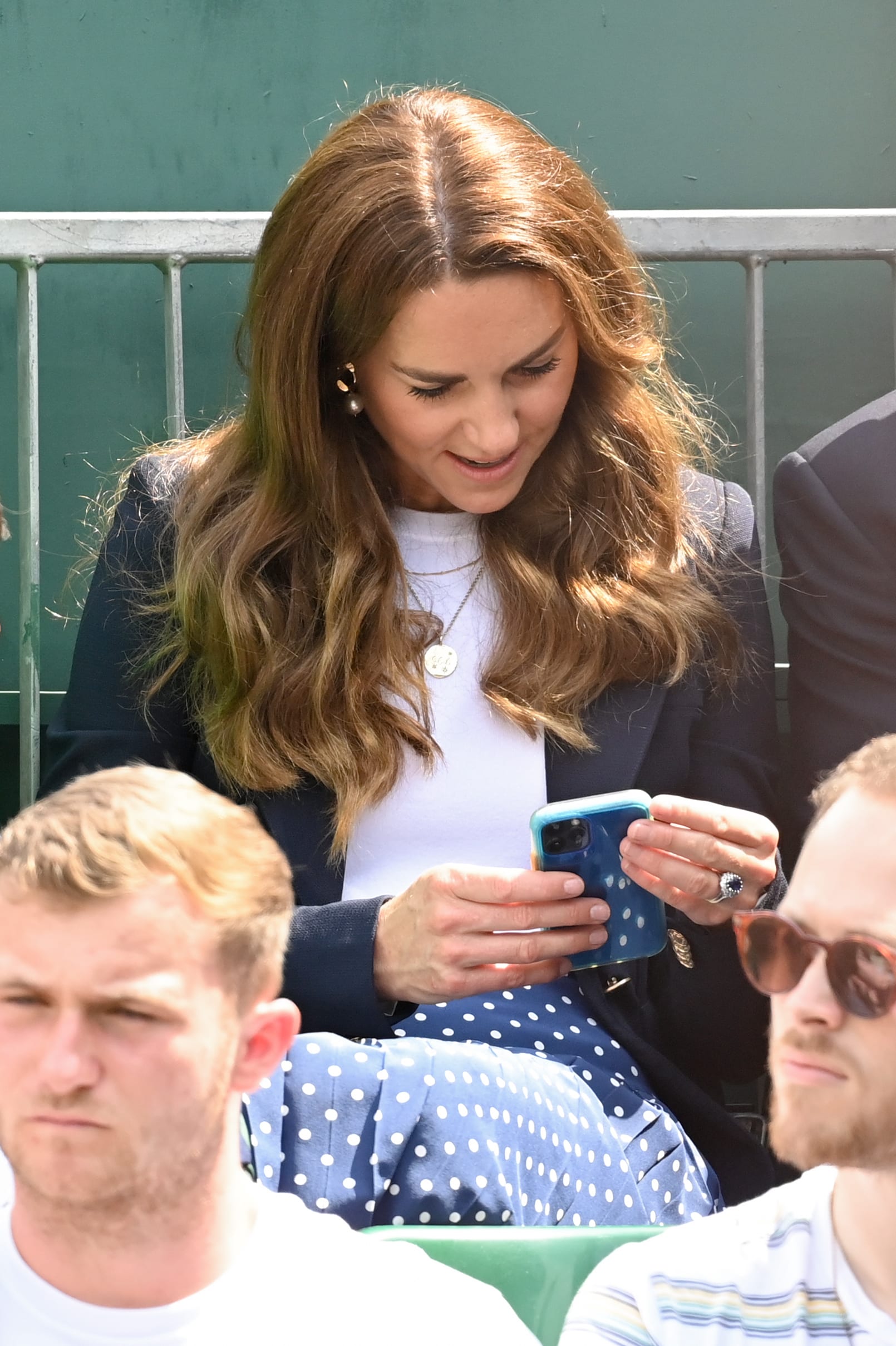 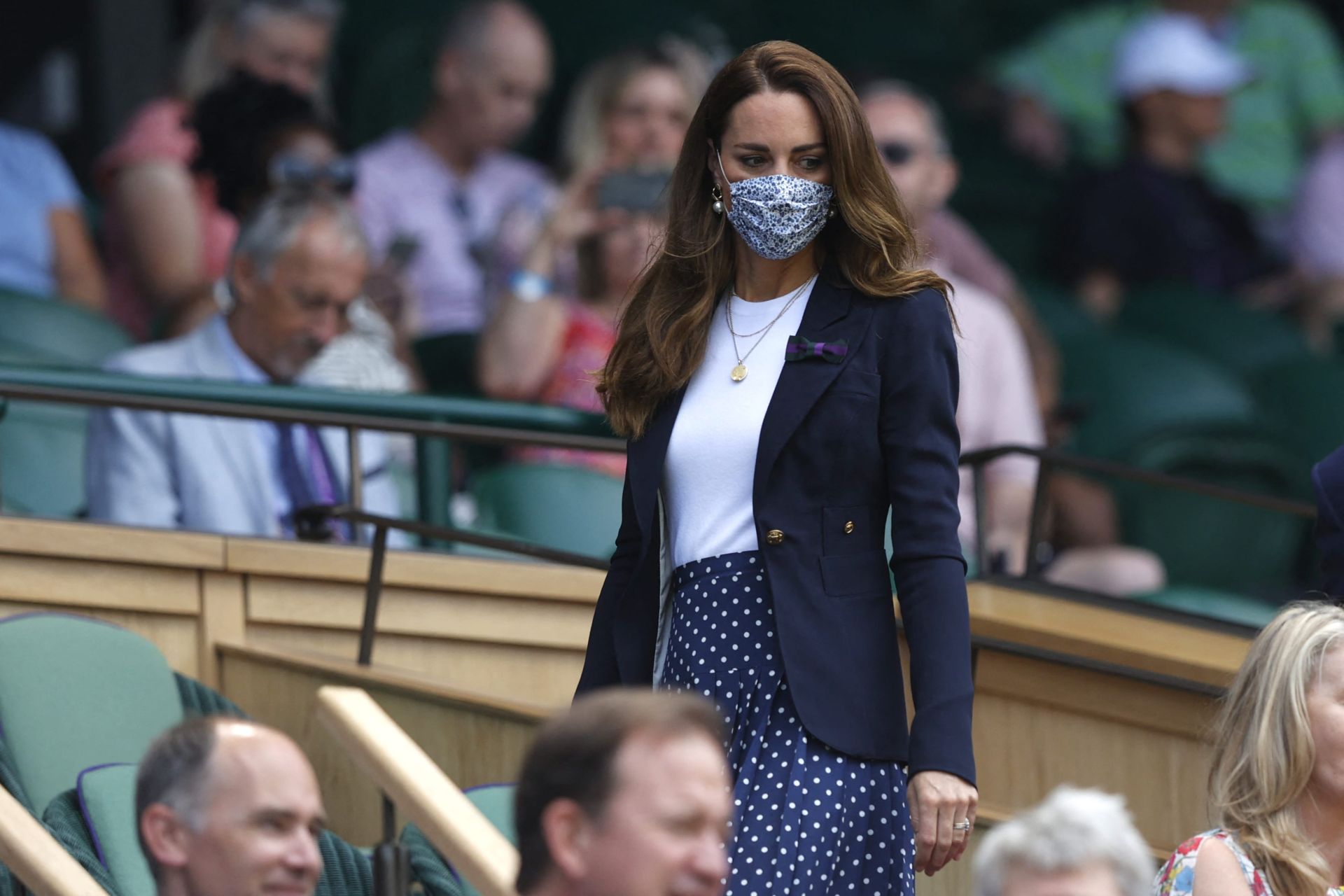 She headed over to the Royal Box next.
Morgan Halberg 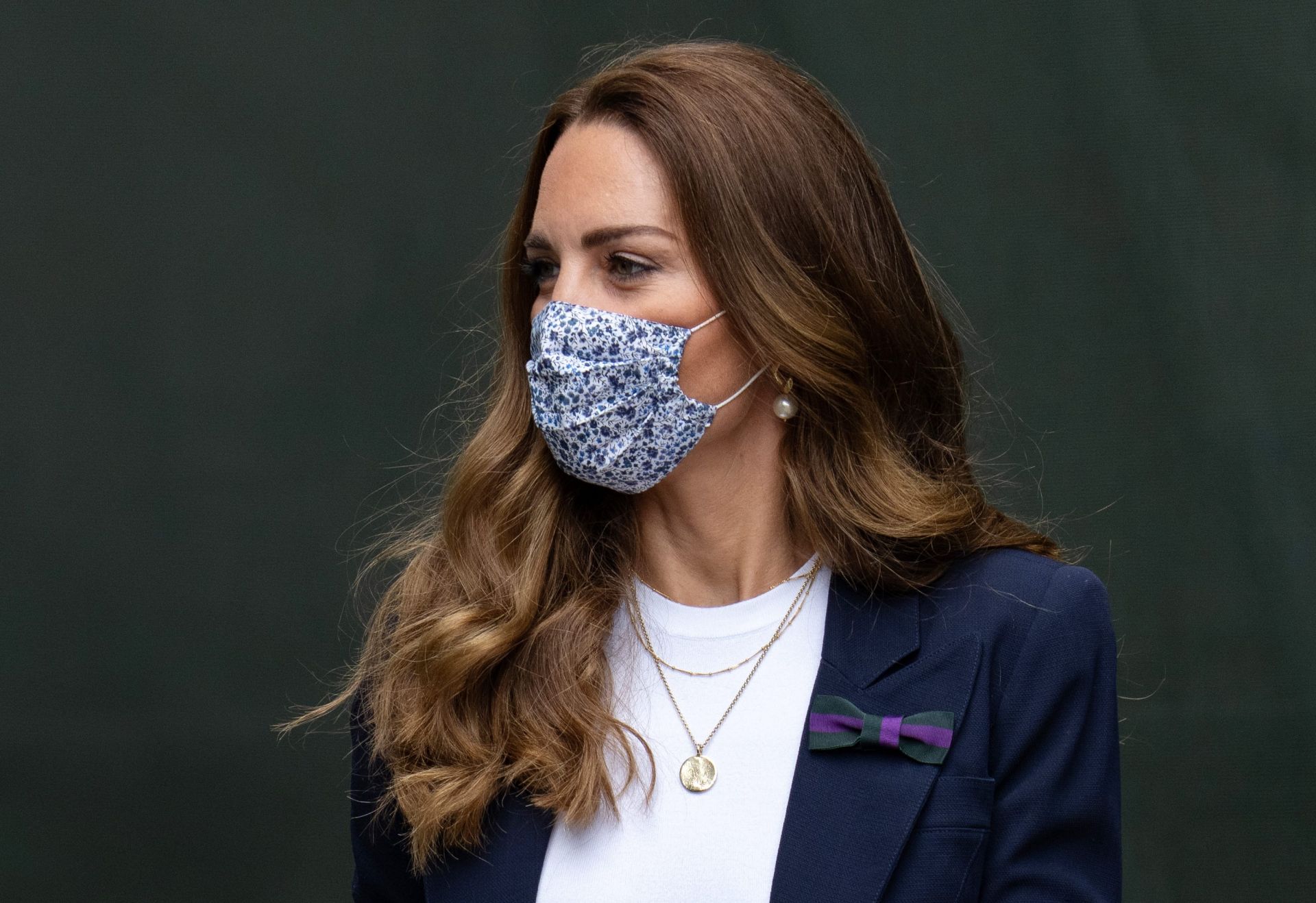 She's one of the rare few permitted to wear this pin.
Morgan Halberg 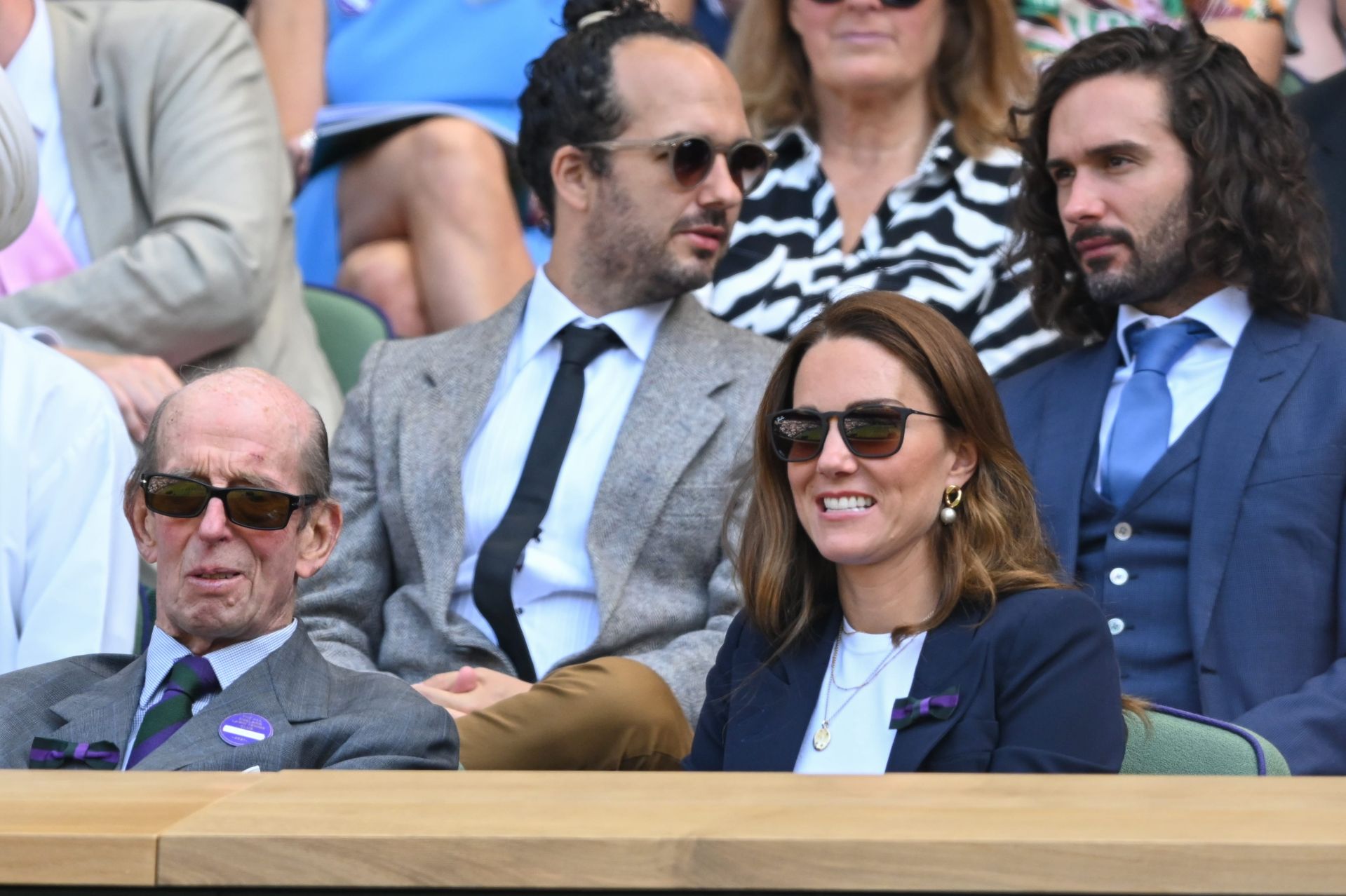 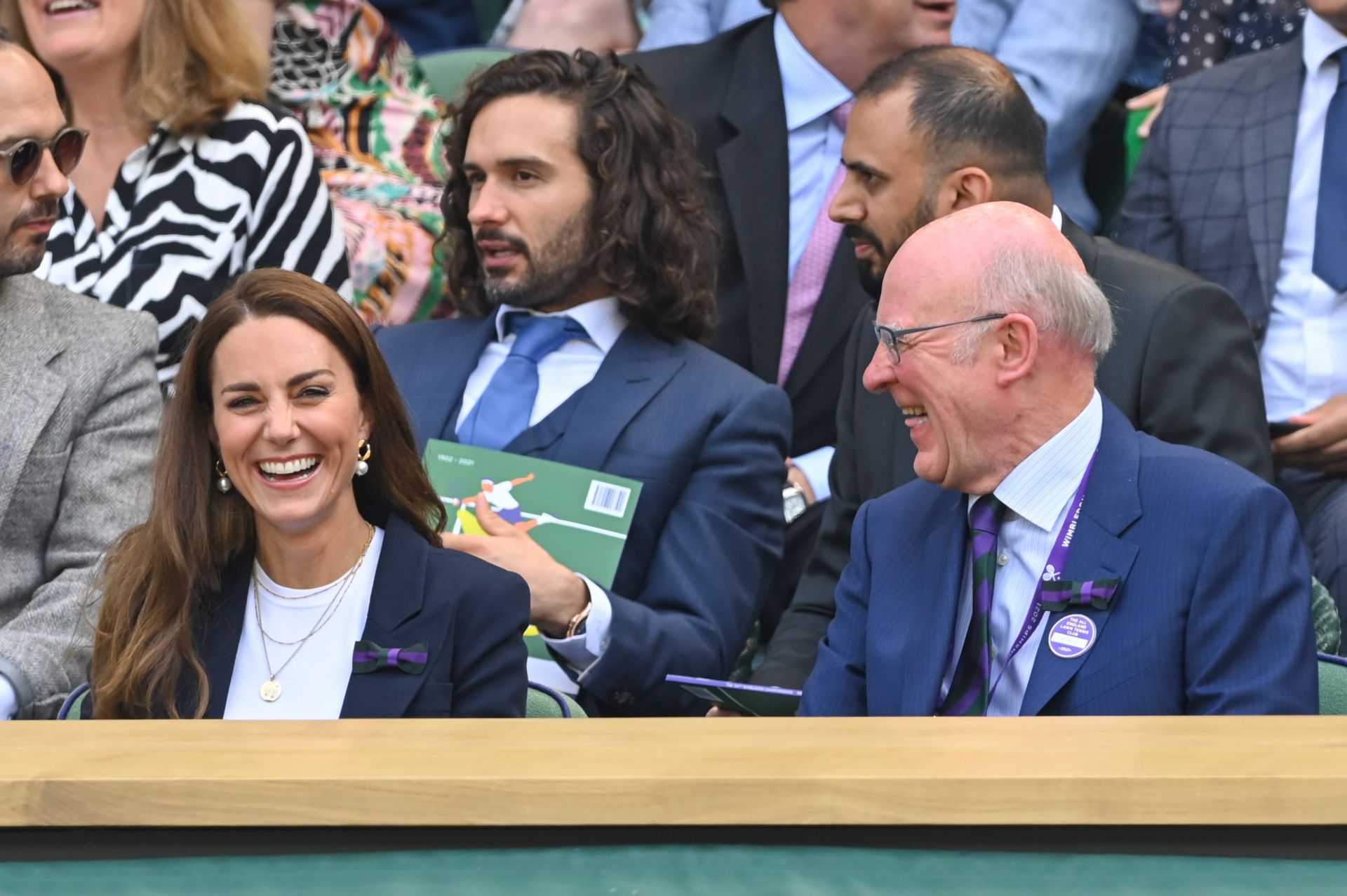 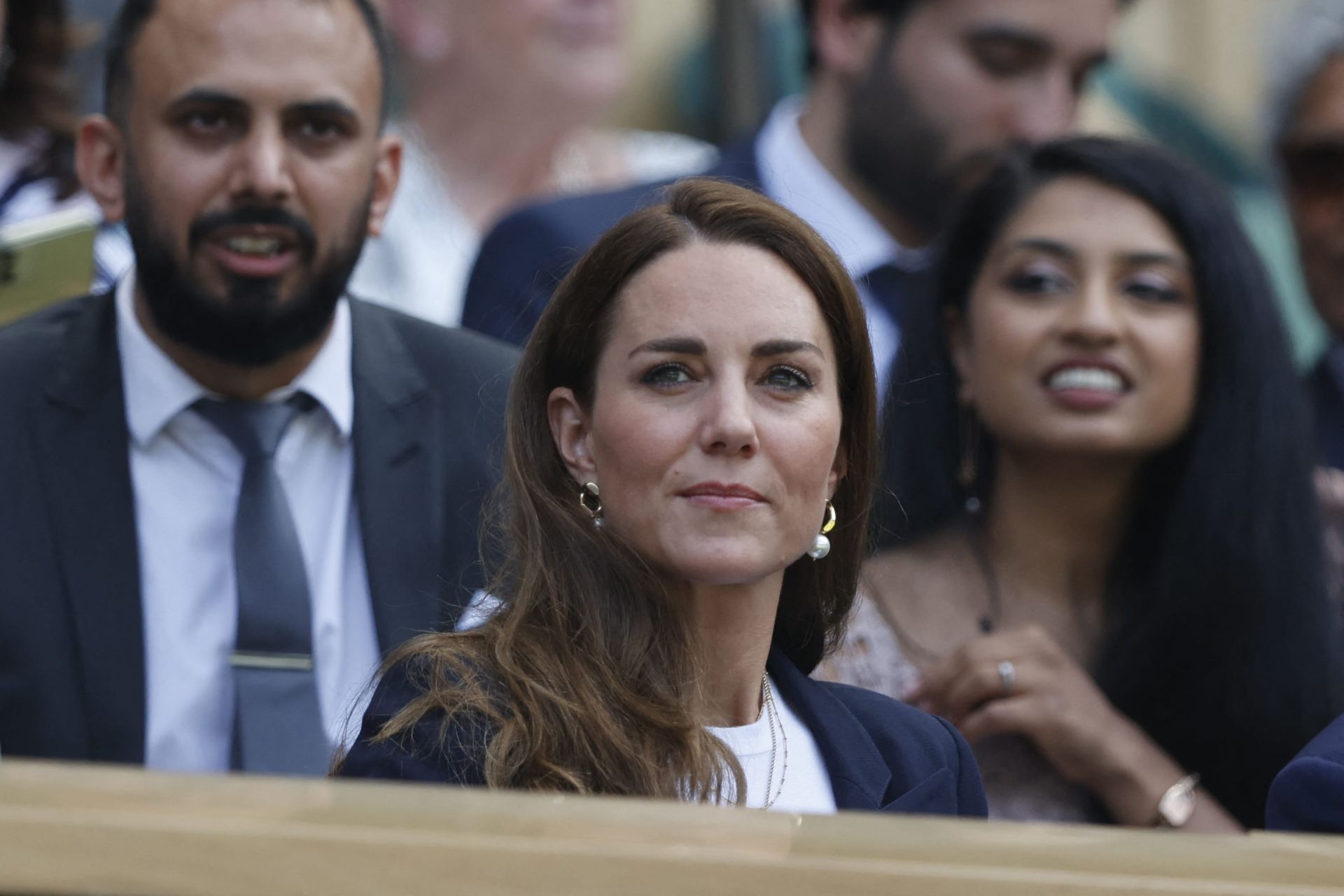 Having a contemplative moment.
Morgan Halberg 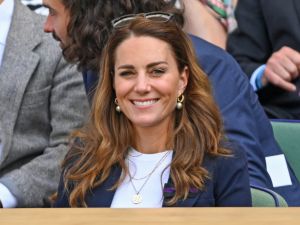 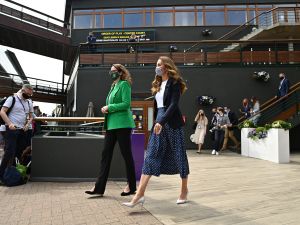 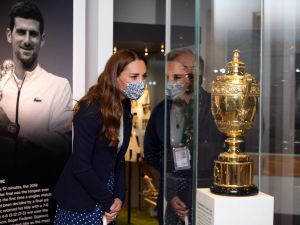 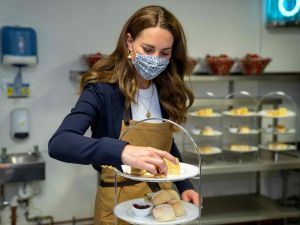 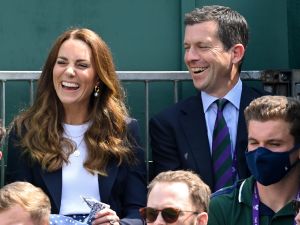 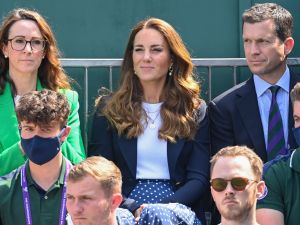 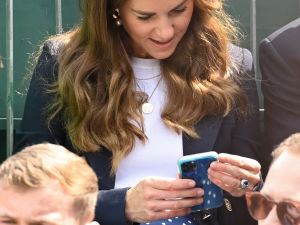 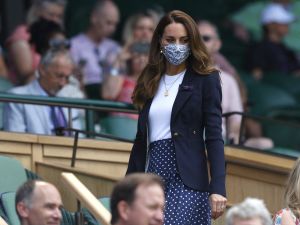 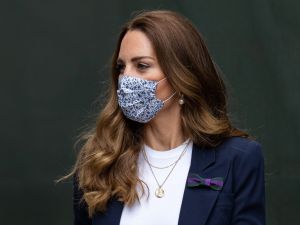 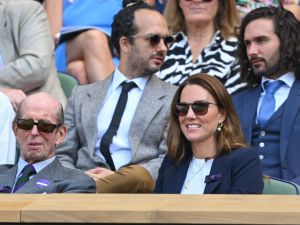 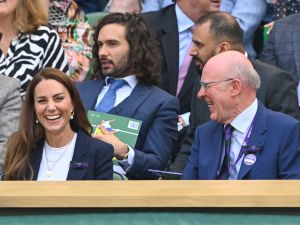 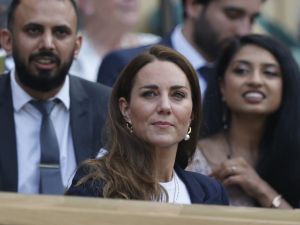 The royal family’s ultimate tennis fan made it back to what might be her favorite event of the year today. Kate Middleton, who is royal patron of the All England Lawn Tennis Club (and also a *very* well-documented and extremely expressive tennis enthusiast), made her very stylish grand return to Wimbledon today.

For the fashionable occasion, Duchess Kate went for a preppy tennis chic vibe, and wore a polka dot pleated midi skirt by Alessandra Rich, which she paired with a white tee and a navy Smythe Blazer and a white Mulberry purse. She also made the very ambitious decision to don white Jimmy Choo heels.

Kate accessorized with pearl earrings and delicate gold Daniella Draper pendant necklace, which is emblazoned with her children’s initials. She wore a coordinating blue-and-white floral mask by her go-to brand, Amaia Kids, when required while strolling around Wimbledon, and removed the mask when sitting down to watch the matches. She also brought along her favorite pair of classic Ray-Bans. Oh, and because even royals check their phones, we saw Kate pull out her iPhone that happened to have a blue case, because why shouldn’t her phone match her outfit?

She also wore a purple-and-green striped bow brooch pinned into her blazer; the Duchess is one of a select few allowed to wear the bow, as only members of the All English Lawn Tennis club (of which Kate has been royal patron since 2016) are permitted to don the accessory.

She then visited the AELTC kitchens, where over 200 hot meals are prepared daily to support the local community amid the coronavirus pandemic. Duchess Kate even helped Wimbledon executive chef Adam Fargin prepare some of the desserts, which isn’t surprising since the royal is an avid baker.

Duchess Kate didn’t limit her tennis viewing to just one match, though, as she then headed to the Royal Box to watch the women’s singles match, and we think it’s very likely that the Duchess of Cambridge isn’t planning on leaving Wimbledon before watching her pal Andy Murray’s match against Denis Shapovalov later today.

This is Kate’s first appearance at Wimbledon in two years, as last year’s games were canceled due to the COVID-19 crisis. The Duchess is a regular courtside fixture at the tennis matches, and only missed the 2013 tournament, when Andy Murray became the first British man to win the men’s final in 77 years, because she was heavily pregnant with Prince George. Duchess Kate said that she was still hoping to be able to attend, but her doctors told her she couldn’t. She subsequently sent Andy Murray a note apologizing for her absence, and a big congratulations.