Prince William and Kate Middleton’s eldest son, Prince George, turned eight years old yesterday, and they made sure his festivities were fit for a future King. The Cambridge family is currently at Anmer Hall, as all the children are on summer break, so they were able to celebrate Prince George’s big day at their Norfolk home.

Duchess Kate usually stays up baking cakes whenever there is a birthday in the family, and it seems she got quite creative this year, as the Cambridges surprised their son with a soccer cake, reports Us Weekly, which is very fitting for the avid sports fan, who is a big supporter of the England football team and joined his parents at the club’s recent loss in the Euro 2020 final.

Prince William and Kate also showered Prince George in presents, including a “nature explorer set and a cool watch.” Princess Charlotte and Prince Louis got creative when it came to gifts for their older brother, as they handmade birthday cards for Prince George.

While it seems Prince George wasn’t able to see Queen Elizabeth in person on his big day, the monarch joined a Zoom so she could virtually wish her great-grandson a happy birthday, and she also sent a surprise gift.

Prince William and Kate continued the tradition of releasing a new photo of Prince George for his birthday; they shared an adorable snap that the Duchess took of the little royal sitting atop the family’s Land Rover Defender, outside at the Cambridges’ Norfolk estate.

It’s been a big year for Prince George, and he’s “really grown up,” per Us Weekly. He has a very strong personality now, and “loves reading, sports, puzzles and is super outdoorsy and adventurous.”

Eight could be a milestone year for Prince George, as he might be making a big change starting in the fall. There are reports that Prince George may follow in his father’s footsteps and begin attending boarding school next year, as is the tradition for royal children. Both Prince William and Prince Harry attended Ludgrove School in Berkshire, where they started boarding at the age of eight. Prince William and Kate have broken royal traditions before, though, and it’s very possible they’ll opt not to send Prince George to boarding school at all. 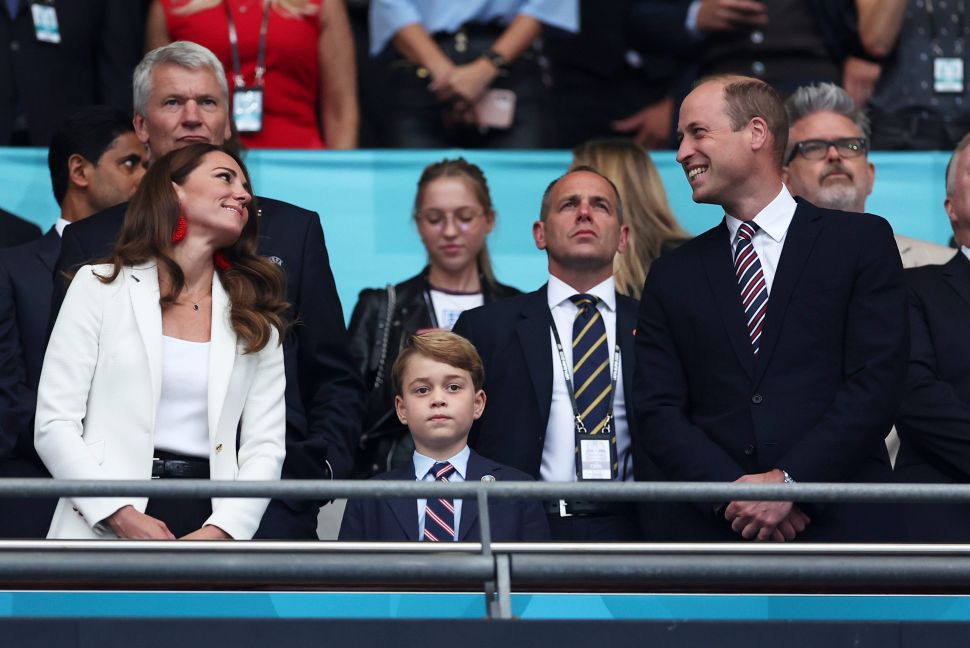