Today, Prince Harry and Prince William reunited at the unveiling of the statue they commissioned in honor of their late mother, Princess Diana. The Duke of Sussex and the Duke of Cambridge are reportedly ready to try and repair their fractured relationship, as the brothers have been on strained terms for the past several months.

While Prince Harry and Prince William still have a ways to go in mending their relationship, Kate Middleton is also taking steps towards rebuilding a friendship with Meghan Markle.

Kate has tried to be a peacemaker between Prince William and Prince Harry, and now she’s working on her own relationship with Meghan. The Duchess of Cambridge has been reaching out to the Duchess of Sussex much more ever since Lili’s birth last month, reports Us Weekly.

Prince William and Kate reportedly sent Prince Harry and Meghan a baby gift for Lili after their daughter’s birth, and the Duchess of Cambridge has now been sending her sister-in-law notes and gifts, as she is “trying to build a relationship,” a royal source Us Weekly. Apparently, the Firm has “been instructing staffers to reach out more to Harry and Meghan to get them to soften a bit.”

It’s no secret that there’s been serious tension between the Cambridges and the Sussexes over the past year, and the rift worsened after Prince Harry and Meghan, who moved to California after stepping down from their royal roles, spoke out in an interview with Oprah Winfrey. During the special, Duchess Meghan told Oprah about an incident involving bridesmaids dresses in which she said that Kate made her cry.

After seeing the interview, the Duchess of Cambridge felt that there was a “misunderstanding” between her and Meghan over the dress incident. While Prince William was reportedly furious that his wife was brought up, Kate apparently isn’t holding any grudges, and has just been trying to get the family back together.

Kate and Meghan haven’t seen each other in person in over a year, but they’ll definitely reunite for a very important occasion next summer in London, as Queen Elizabeth is celebrating her Platinum Jubilee next year, and has already invited Prince Harry and Meghan to the festivities. 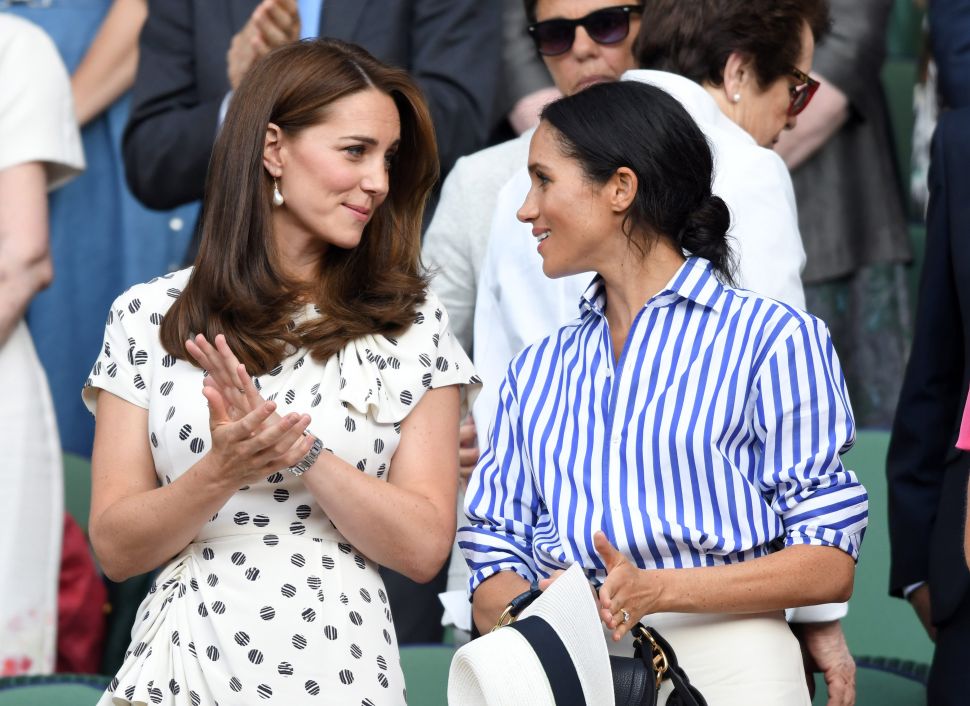