Though mass audiences may have first been introduced to singer/rapper Lil Nas X from his collaboration with Billy Ray Cyrus in 2019, with his latest release, he is supporting something greater — advocacy for change within the justice system.

Lil Nas dropped a new music video at midnight on Friday: “Industry Baby,” in which he is seen in “Montero State Prison,” eventually initiating a prison riot and subsequent jailbreak. Produced by Kanye West and Take A Daytrip, Lil Nas X stars in the video alongside Jack Harlow.

In the last year, the rapper has faced increasing scrutiny over his decision to display Biblical and satanic imagery in his music video for “MONTERO (Call Me By Your Name)”. The controversy only continued following the release of his infamous “Satan shoes”, which are decorated with a bronze pentagram, an inverted cross, and a drop of real human blood. In his most recent release, Lil Nas X uses the content of both a teaser (released earlier this week) and the official video to poke fun at the negative backlash surrounding his releases.

It’s not only about satanic sneakers, though. According to the singer himself, both his music and his video also address the problems he’s faced over the years in regards to his sexuality and self-expression. And “Industry Baby” doesn’t just stop at personal sentiment. He is also using it as a means to raise both awareness and funds for The Bail Project, an advocacy team with the goal of ending cash bail in the criminal justice system.

Joseph Pate, the organization’s press manager, told Buzzfeed News that “Lil Nas X has personally felt the effects of incarceration in his own family,” and that all of the proceeds from this partnership will be used to pay incarcerated people’s bails. The Bail Project’s website quotes the artist: “Music is the way I fight for liberation. It’s my act of resistance. But I also know that true freedom requires real change in how the criminal justice system works. Starting with cash bail.”

If you are interested in donating, there is a direct link found on the official YouTube music video for “Industry Baby” – just look for ‘Lil Nas X’s Bail X Fund with the The Bail Project’. According to their website, The Bail Project has posted over $47 million in free bail assistance to over 17,000 low-income families in the United States. 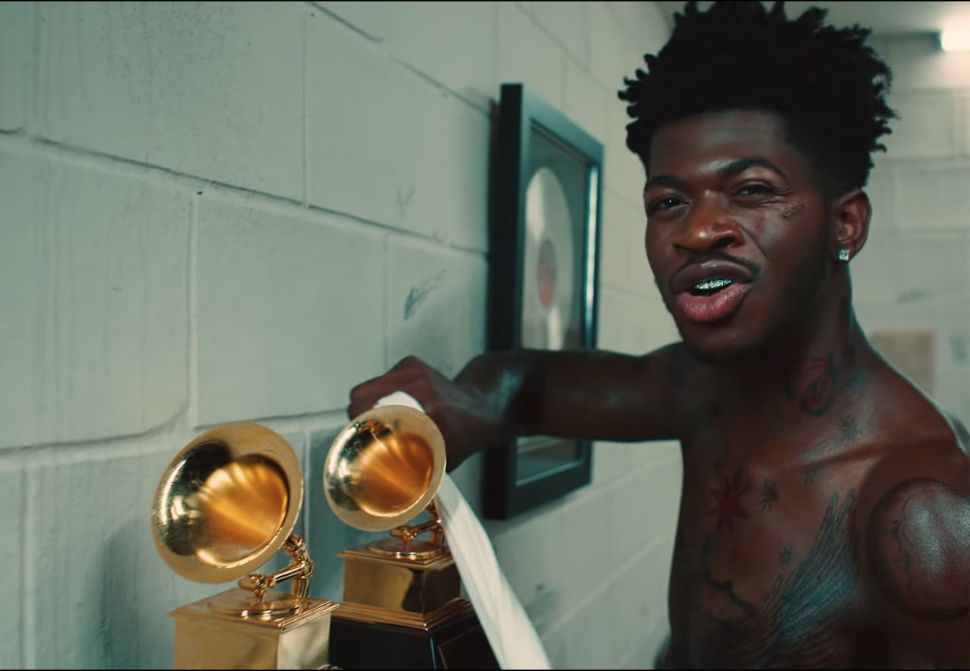