“No one has granted authorizations for the operation or use of the art” a spokesperson for the Uffizi told The Daily Beast. “In Italy, the cultural heritage code provides that in order to use images of a museum, compressed works for commercial purposes, it is necessary to have the permission, which regulates the methods and sets the relative fee to be paid. All this obviously if the museum grants the authorization which, for example, would hardly have been issued in this case.” Some of the works featured on the Pornhub website from the Uffizi Gallery include Bacchus by Caravaggio, Spring by Botticelli and Angelica hides from Ruggiero by Giovanni Bilivert.

“Pornhub has heard from our lawyers,” a Louvre spokesperson added to The Daily Beast. “We expect the works to be removed at once.” Works from the National Gallery in London, the Prado in Madrid, and Musee d’Orsay in Paris are also used as reference points on the website. Whether or not Pornhub’s experiment in highbrow smut is to your taste, it must be conceded that the platform’s new venture spotlights some truly creative copywriting. Take, for instance, this colorful explanation of Botticelli’s The Birth of Venus: “Just like you and I, she came into the world completely naked. But our girl Venus was a bit different in that she was spewed forth, fully formed, from a giant clamshell. And if you thought that shell was a symbol for some WAP, well then you were absolutely right.”

Or, elsewhere, consider this description of Caravaggio: “He was a bisexual bar brawler who hung out with sex workers, feuded with other artists, and once killed a man over a particularly heated tennis match.” 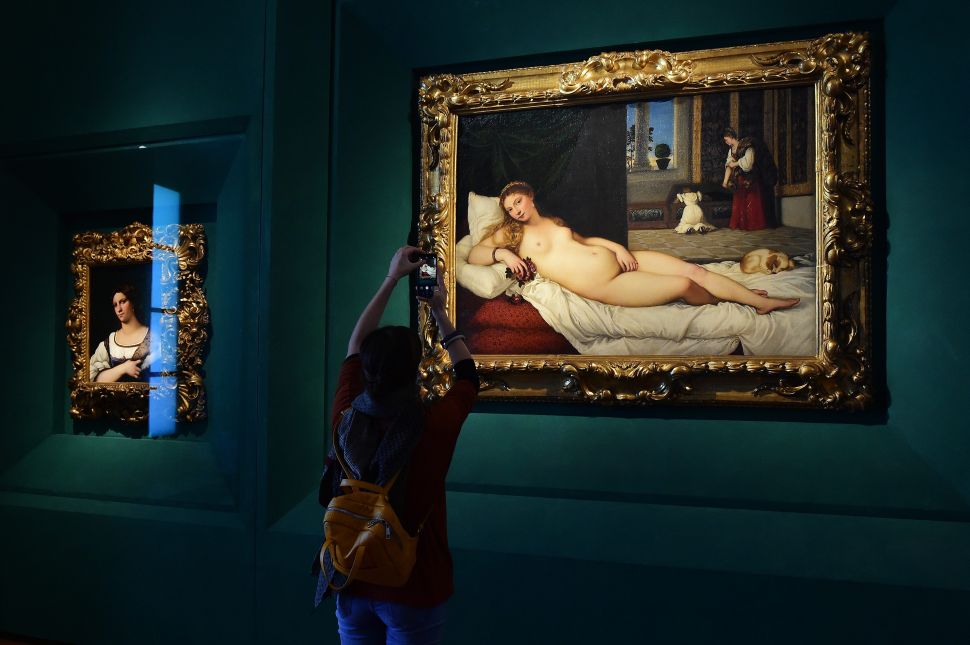