Riverdale actress Madelaine Petsch is making moves in Los Angeles. Cheryl Blossom’s IRL counterpart doled out $3.38 million for a Mediterranean-style abode in Hollywood Hills earlier this year, and she was apparently quite determined to acquire the property. The actress paid nearly $300,000 over the asking price, as first reported by Variety, which means there was likely a bidding war over the estate.

The YouTube personality came out victorious in the end, and she is now the owner of this 3,575-square-foot abode in the celeb-loved Outpost Estates.

The two-story house was originally built in 1937, but has been thoroughly updated and modernized  over the years. The three-bedroom, 3.5-bathroom home contains a step-down living room with herringbone oak floors, a wood-beamed ceiling and a marble-encased fireplace, as well as an office (or den) with steel casement windows and doors.

The eat-in kitchen is equipped with Wolf and SubZero appliances and white cabinetry, as well as an oversized marble island and breakfast bar seating. It leads to an airy formal dining room, per the listing shared by Compass brokers Victoria Massengale and Michael Maguire.

The owner’s suite is located on the second floor, and is fitted with two closets, in addition to a marble-accented bathroom with a freestanding soaking tub, separate glass-enclosed shower and double vanity, so there’s plenty of room for Petsch to complete her 38-step skincare routine. The bathroom also has access to a private balcony that looks out at the backyard.

There’s no pool (at least not yet) on the rather petite 0.2-acre lot, but there is a back patio with a built-in banquette for an outdoor dining moment, plus a fire pit.

Riverdale films in Vancouver, so the cast spends much of the season in Canada, but Petsch isn’t the only actress from the CW show to put down roots in Los Angeles as of late. Last summer, Camila Mendes paid $1.87 million for a three-bedroom home in Silver Lake, right around the same time that Lili Reinhart purchased a five-bedroom house in Encino. 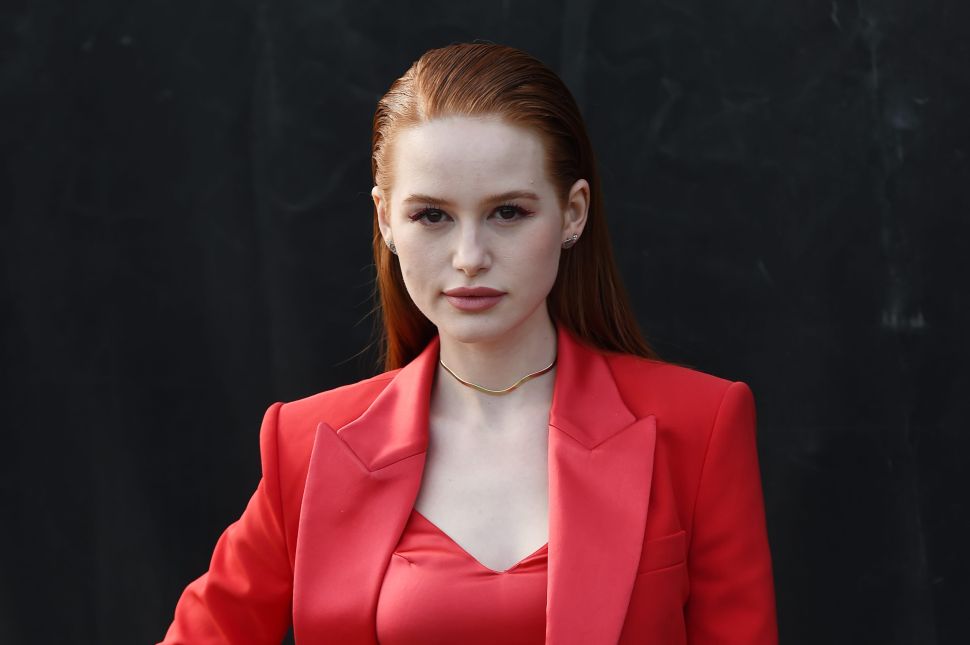