As we reach the midpoint of 2021, it’s reassuring to see big films like A Quiet Place Part II and F9 supercharge a box office in dire need of life support. The logjam of blockbusters jockeying for position the remainder of the year will continue to expedite the film industry’s recovery. But we’d be remiss if we didn’t point out that theatrical revenue year-to-date is still 45% behind the same stretch last year. Sadly, Hollywood is still feeling the after effects of the pandemic here in the United States.

What does that truly mean for you, the audience? Namely, a host of exciting upcoming new movies still being made available via streaming platforms. Flexibility and consumer choice remain vital and viewers will have ample options over the remainder of summer.

Does Steven Soderbergh ever sleep? He’s already produced the 2021 Oscars and now has a new film arriving on HBO Max today. As is the filmmaker’s custom, he has assembled an absolutely stacked cast for a new heist film set in 1954 Detroit that includes Brendan Fraser, Julia Fox, Noah Jupe, Don Cheadle, Jon Hamm, and Beneicio del Toro. As the director of the Ocean‘s franchise as well as Logan Lucky, it’s safe to say Soderbergh knows his way around an entertaining caper.

Universal, which distributes DreamWorks Animation pictures, was the first major studio to reroute its movies to premium video on demand and shatter the exclusive 60-90 theatrical window in the pandemic. Now, the studio is finally making moves to prop up fledgling streaming service Peacock following the platform’s first birthday. The Boss Baby sequel will be released in both theaters and on streaming this weekend.

Chris Pratt leads a squad of soldiers from the past and into the future to fight an invading alien race that has pushed humanity to the bring of extinction. The Tomorrow War is your standard summer popcorn movie that harkens back to the blow-em-up action films of the 1990s. It may not be the most original or unique film you’ve ever seen (it’s not). But if you’re beginning your July 4th pregaming a few days early, it’s a simple enough joy ride.

This creepy thriller is the first in Netflix’s very unique new distribution experiment in which it is releasing three films in a Fear Street trilogy all within a month of each other. It’s a risky yet creative strategy. It requires the cost making all three movies without knowing if the first is going to be a success. That sentence alone has likely given countless studio execs a panic attack. But these are the types of high upside homerun swings that the flexibility and freedom of streaming affords. When you’re not beholden to box office results, you can try and attempt to change the formula in new and exciting ways to produce new and better results.

Marvel Studios will release Scarlett Johansson’s oft-delayed Black Widow in both theaters and via Disney+ Premier Access, which carries an additional $30 charge for Disney+ subscribers. We’ll refer you to our piece from this earlier this week about Black Widow and the MCU’s current great unknown transition. But in case you’re a fan of TL;DR—Black Widow is a very solid and enjoyable Marvel entry, though it feels a bit inconsequential and small compared to the rest of the current MCU, particularly with the fate of the character already determined. It would have benefitted from being released in the 2010s prior to the character’s death in Endgame and the expansion of Marvel’s scale and scope to time travel, multiverses and more.

Gunpowder Milkshake is one of the three non-franchise, non-blockbuster films I’m most excited to see this summer. The film is a classic assassin protects young ingenue tale, which we’ve seen countless times. But there’s a reason certain tropes endure when done well. Gunpowder Milkshake looks like an extremely fun and kinetic take on the familiar outline, with world-building elements all its own. You also can’t argue against a cast that includes: Karen Gillan, Lena Headey, Michelle Yeoh, Angelas Bassett, Carl Gugino, and Paul Giamatti.

Look, cards on the table, does Space Jam: A New Legacy (which will be released in theaters and on HBO Max) look like a movie with devoted character development, strong plot elements, and emotional thematic weight? No. But are my fellow ’90s babies going to be swept up in the warm embrace of nostalgia originating from Michael Jordan’s 1996 film? And are genre fans going to get a kick out of all the cameos—Superman, Godzilla, the Jetsons—Warner Bros. is stuffing in? Yes and yes.

Dwayne “The Rock” Johnson, Emily Blunt, and a reportedly unhinged Jesse Plemons in a swashbuckling adventure? Of course I’m on board. It also helps that the whispers emanating from Jungle Cruise over the last year of delays have been widely positive. Could this be Disney’s first new-to-screen live-action hit in decades?

John Cena recently told Observer that The Suicide Squad, which will hit theaters and HBO Max, is “neither a sequel nor reboot.” He also teased that “People are kind of expecting [it] to be something. But nobody’s ready to see this movie. Everyone needs it in their life, trust me. But nobody’s ready to see what it is. Nobody.” That’s an enticing endorsement for the R-rated, James Gunn-directed gonzo comic book blockbuster. Color us intrigued.

Apple made CODA, which will be released in select theaters and via Apple TV+, the largest single-film acquisition in Sundance Film Festival history at $25 million. Fortunately for Apple, the film boasts a 95% rating on Rotten Tomatoes based on 100 reviews, so it looks like money well spent! CODA follows 17-year-old Ruby, the sole hearing member of a deaf family, who is gifted with a beautiful singing voice that her parents can’t hear.

Hugh Jackman plays Nick Bannister, a private investigator of the mind, as he navigates the darkly alluring world of the past by helping his clients access lost memories. Living on the fringes of the sunken Miami coast in the future, his life is forever changed when he takes on a new client, Mae (Rebecca Ferguson). A simple matter of lost and found soon becomes a dangerous obsession. Based on the trailer, Reminiscence, which will be released in both theaters and on HBO Max, is either the next Inception or Transcendence. 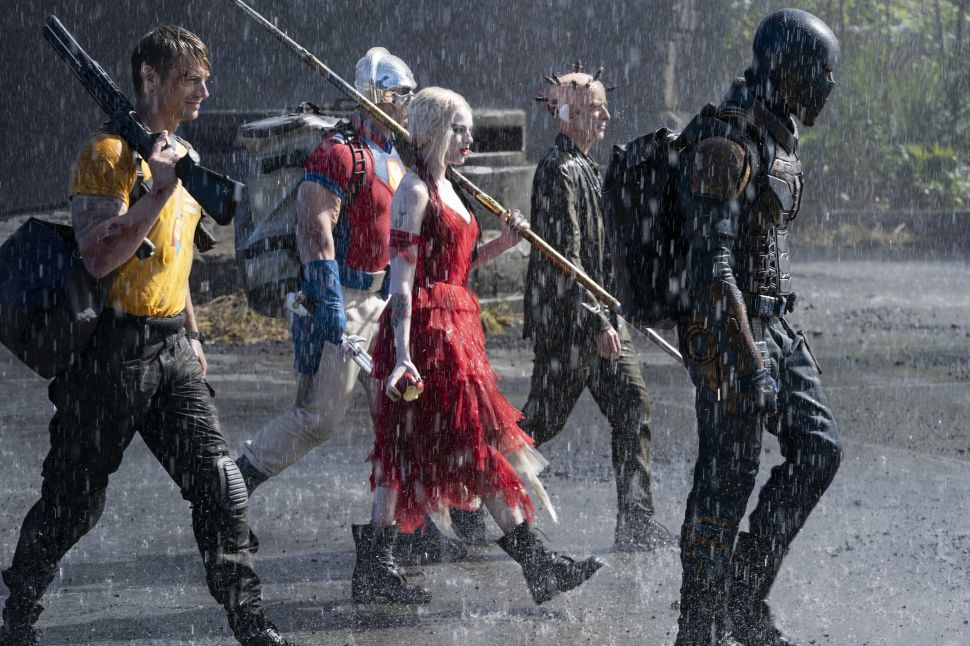