Prior to Black Widow, which endured more than 12 months of delays due to the pandemic, Marvel Studios had not released a film in theaters since Spider-Man: Far From Home swung into cinemas July 2019. That’s a long stretch without any big screen product. While Marvel is as safe of a theatrical bet as you can find in Hollywood these days, Black Widow, starring Scarlett Johansson and Florence Pugh and directed by Cate Shortland, was still forced to contend with a gauntlet of challenges.

How significantly would the pandemic impact the movie’s box office prospects, if at all? Are audiences as invested in a prequel film about a character who already met a tragic fate in Avengers: Endgame? Would Black Widow‘s availability on Disney+ Premier Access eat into its box office totals? How much demand is there for the MCU right now after three blockbuster Disney+ series so far this year? Has the conclusion of the Infinity Saga dulled audience enthusiasm at all?

As it turns out, Marvel remains unparalleled in its ability to draw the masses into movie theaters as Black Widow set a domestic pandemic opening weekend record with $80 million, according to a Disney press release. This tops the previous record set by F9‘s $70 million debut. Globally, Black Widow earned $218 million in its debut, including $60 million in worldwide Disney+ Premier Access revenue. This marks the first time Disney has announced its PVOD numbers.

Prior to launch, Fandango announced that Black Widow was the most popular film in pre-sales of the pandemic and projected its opening weekend between $80 million and $90 million. CNBC was even more generous with a range of $80 million to $110 million. Disney itself was far more conservative, eyeing a $75 million start over the three-day weekend. After earning $13.2 million in Thursday night previews, however, it was clear that Black Widow was en route to a healthy start.

In the lead-up to the movie’s oft-delayed release, fans and analysts have been debating the film’s financial prospects. This marks the MCU’s 19th biggest theatrical opening, though Disney noted that the film earned more than $100 million domestic when accounting for PVOD revenue as well.

Now the question shifts from how Black Widow will open to how strong it will stay. Cruella, which also opened in both theaters and on Disney+ Premier Access ($30), debuted to a solid enough $27 million over the four-day Memorial Day weekend. However, ticket sales tapered off rapidly as the film also shed more than 1,000 theaters in the ensuing month. Even with Emma Stone’s star power, Cruella was never expected to put up tentpole numbers. But the threat of Disney+ Premier Access undercutting a film’s legs is something Disney and Marvel will both be keeping an eye on now that upwards of 80% of U.S. theaters are fully operational.

A Quiet Place Part II and F9 both opened in theaters exclusively but will be available on streaming in 45 days or less following their release. Both are succeeding. Godzilla vs. Kong opened day and date in theaters and on HBO Max in March and was a clear victory. What we’re seeing is that pre-determined successes—films that are universally expected to do well—have not really been impacted by the shortened windows and hybrid releases. We just haven’t yet seen a movie truly over-perform relative to expectations.

We’ve seen steady box office improvement from Godzilla vs. Kong all the way through F9. But the domestic box office year-to-date is still 38% behind the same span in 2020 as of last week. Movie theaters aren’t recovering as quickly as the national economy appears to. Remember, we’re not long removed from Reddit saving AMC, the world’s largest movie theater, from bankruptcy. When it takes a meme-fueled surge to prevent your company from going under, things aren’t going well.

Black Widow kicks off the second half of the year that boasts a logjam of tentpole features like Jungle Cruise, The Suicide Squad, No Time to Die and Dune. The hope is that we’ll start seeing more consistent movie theater foot traffic as opposed to these relatively isolated spikes on the calendar.

For Marvel, it’s a huge moment. Their first feature film since 2019 and the first of four they’ll release in the next six months alone. The Infinity Saga was the grandest franchise crescendo in movie history, so Marvel hopes that audience anticipation won’t wane in that aftermath. Based on these numbers, that doesn’t appear to be the case. If it continues earning, it also opens up new avenue for Marvel to make more in-between films on the timeline that could see the return of fan favorite characters. 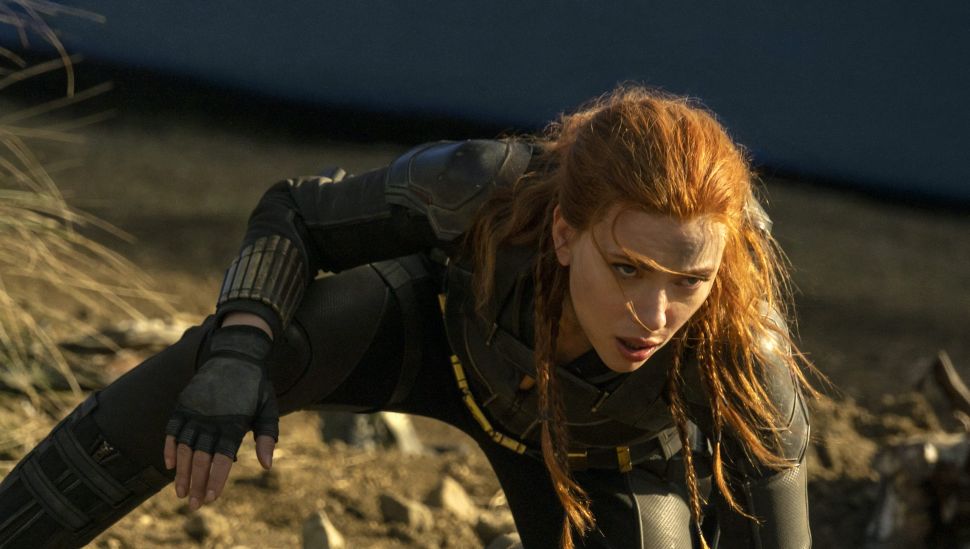