Pour Kingsman director Matthew Vaughn another martini because he is staying in the spy action genre for his next feature film.

Vaughn is set to direct a new movie about a best-selling spy novelist who turns out to be a world-class spy suffering from amnesia, sources tell Observer. Bryce Dallas Howard, Sam Rockwell and Samuel L. Jackson are in talks to star. Vaughn’s MARV Films is behind the project and the filmmaker will also serve as a producer.

Update 7/8: Henry Cavill, Sam Rockwell, Bryce Dallas Howard, Bryan Cranston, Catherine O’Hara, John Cena, Samuel L. Jackson, and Dua Lipa will star in Argylle, based on the upcoming globe-trotting spy novel from Ellie Conway, according to Deadline. It is reportedly the first of three films in a new franchise that takes place in America and London.

Bryce Dallas Howard is in talks to star in the lead role. Tricked into thinking she’s a writer, her lethal skills return with her memories, setting her down a path of revenge against the shadowy organization she used to work for, the Division. Also in talks to star are Sam Rockwell as a former Division agent and our heroine’s love interest, and Samuel L. Jackson as a rogue agent dedicated to exposing the corruption within the clandestine spy network.

UPDATE: Apple has landed Vaughn’s Argylle, which will star Cavill in the lead role, in a $200 million package, Deadline reports.

Jackson will re-team with Vaughn after starring in 2014’s Kingsman: The Secret Service. We continue to hear whispers of other big names potentially circling the project as well as Vaughn looks to assemble an all-star cast.

Vaughn’s Kingsman franchise, a counterweight to James Bond, has ridden stylish R-rated spy action to nearly $815 million worldwide over two films. A third entry, the World War I-set prequel The King’s Man, arrives in December after numerous pandemic-delays. The filmmaker is also credited with helping to revive the X-Men franchise with 2011’s First Class, which introduced younger versions of popular characters such as Charles Xavier and Magneto.

Update 7/8: This piece has been corrected to include additional information about the upcoming film released after publication. 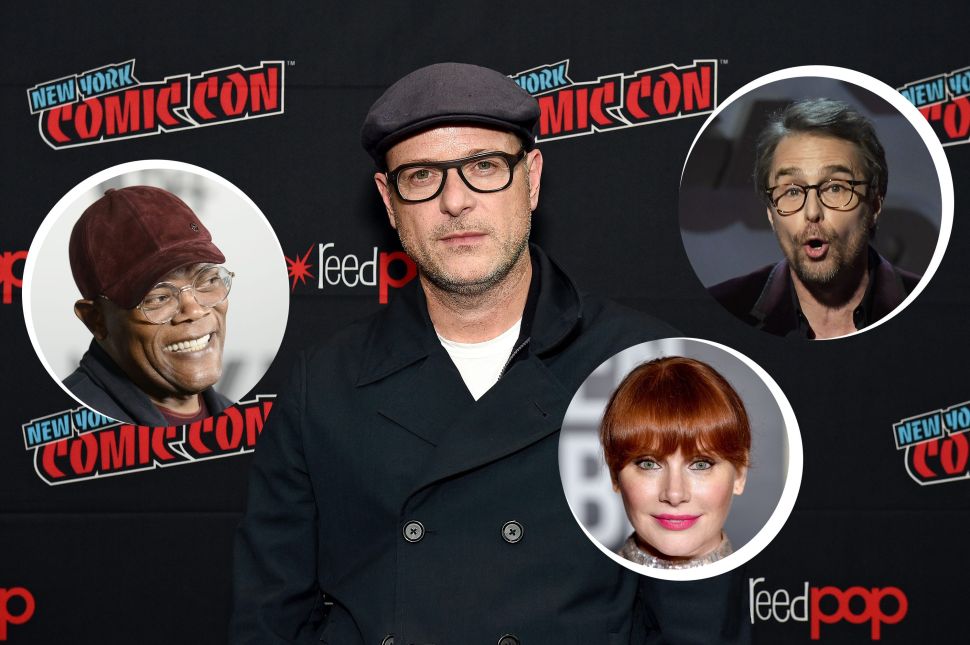