Hyperrealist artist Maurizio Cattelan has never shied away from controversy, but his latest exhibit, which debuted this week in Milan, Italy, features a work that’s sure to spark visceral reactions: a gigantic resin block being penetrated by what appears to be a jumbo jet in an explicit and unapologetic reference to the events of 9/11. Cattelan has apparently been trying to launch something like “Breath Ghosts Blind” for years: according to the New York Times, he previously approached Nancy Spector, the former curator of the Guggenheim Museum, about debuting the sculpture in 2017, but Spector had been “hesitant at best.”

“‘Blind’ is something I’ve been thinking about for years,” Cattelan said in an interview. The artist, as it turns out, had been present in New York City on the day 9/11 took place. “I had to walk home from LaGuardia, which took hours, and the things I saw stayed with me,” he continued. “Achieving a certain distance, not just in space but in time, becomes a necessary step in order to remember,” and that it is “an important, almost necessary step for ‘Blind’ to be presented for the first time in Italy.”

Courting controversy and bafflement is no issue for Cattelan, who sparked global headlines at 2019’s Art Basel Miami with his infamous artwork Comedian, a banana duct taped to a wall that managed to sell to two different collectors in separate editions for $120,000 each. Things escalated even further when performance artist and prankster David Datuna strolled up to the taped banana at Art Basel and, in front of horrified onlookers, ate it.

Whatever your opinion is on Cattelan’s visceral and melancholy recreation of one of 9/11’s most upsetting visuals, at the very least it can be said that the sculpture cannot be eaten as a stunt. 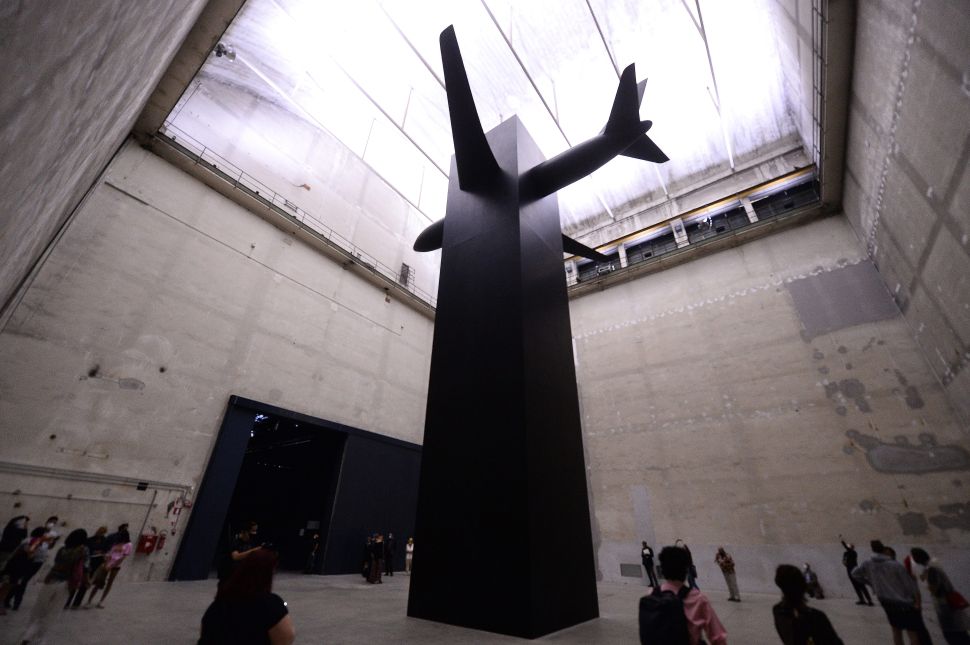