Prince Harry and Meghan Markle welcomed their baby daughter, Lilibet Diana, into the world on June 4, but they’re waiting on christening plans for the latest addition to the family. The Duke and Duchess of Sussex haven’t baptized Lili yet, and it’s apparently because they want to have the christening back in the U.K.

The Duke of Sussex reportedly floated the idea of having the christening at Windsor during his most recent trip to the U.K. for the unveiling of a statue in Princess Diana’s honor just a few weeks ago. Prince Harry “told several people they want to have Lili christened at Windsor, just like her brother,” a royal source told the Daily Mail.

Prince Harry and Meghan’s son, Archie, was christened at St. George’s Chapel on July 6, 2019, in a private ceremony. Prince William, Kate Middleton, Prince Charles, Camilla Parker-Bowles, Doria Ragland and Princess Diana’s sisters all attended the small christening, though Queen Elizabeth and the late Prince Philip were not among the 25 guests.

Windsor is a special place for Prince Harry and Meghan, as not only did they get married at St. George’s Chapel in 2018, but they also moved to Frogmore Cottage, on the Windsor grounds, shortly before Archie’s birth, and it’s where they lived before they relocated to California last year. Frogmore Cottage is still their official U.K. residence, and is where they’ll stay if they make the trip to the U.K. for the christening.

Travel is still tricky due to the coronavirus pandemic, but per the Daily Mail, Prince Harry and Meghan are “happy to wait until circumstances allow.” Hopefully, they have better luck than Princess Eugenie and Jack Brooksbank, as the couple recently had to cancel their son August’s planned christening at the last minute, after one of their guests was told they needed to self-isolate after exposure to COVID-19.

If Prince Harry and Meghan do have the christening in the U.K., it’ll be the royals’ first time meeting Lili, as thus far they’ve only seen pictures and video chats with the littlest Sussex. It would also be Meghan’s first trip back to the U.K. in over a year, and will be the first time Archie has seen his U.K. relatives, including his cousins Prince George, Princess Charlotte and Prince Louis, since late 2019, when the Sussexes first moved across the pond. 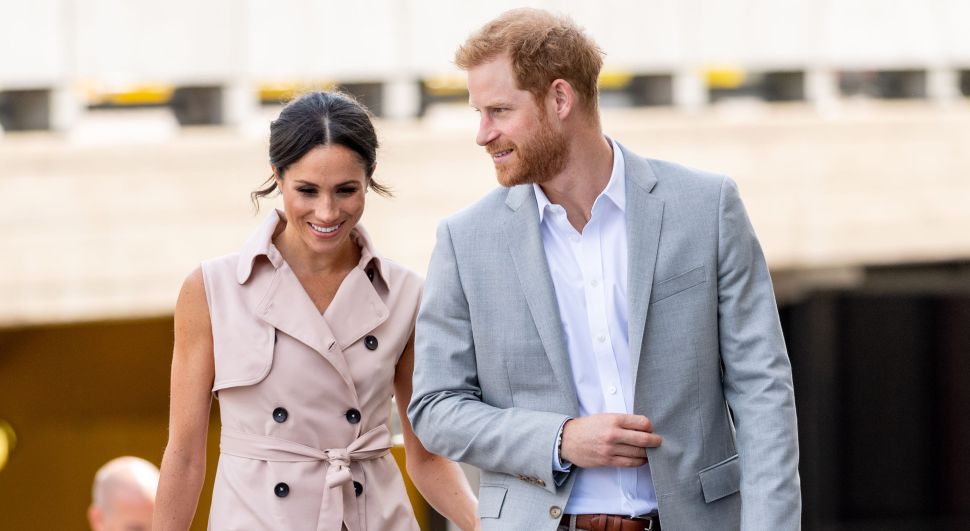