According to a revelation made in the new BBC Two series Secrets of the Museum, the Victoria and Albert Museum London believes that, in the aftermath of a storage switch that caused a small wax sculpture by Michelangelo to undergo a likely chemical composition change, the artist’s fingerprint has visibly emerged on the work. The sculpture, Wax model of a slave (1516–19), was made by the artist as part of study for a larger statue created explicitly to stand in St. Peter’s Basilica in the Vatican in Rome. Michelangelo never finished the latter artwork, but the wax figure alone demonstrates his level of extreme sophistication.

Specifically, the would-be fingerprint was discovered on the statue’s buttocks. “It is an exciting prospect that one of Michelangelo’s prints could have survived in the wax,” Peta Motture, the Victoria and Albert Museum’s senior curator, told the BBC. “Such marks would suggest the physical presence of the creative process of an artist. It is where mind and hand somehow come together. A fingerprint would be a direct connection with the artist.”

If the mark in question is definitively a fingerprint belonging to Michelangelo, it would help in terms of resolving several debates about the artwork’s provenance. In any case, works by Michelangelo have lately been curiously newsworthy in the category of chemical or bacterial development. Back in June, a restoration team revealed that they had deployed a bacteria called Serratia ficaria SH7 upon masterpieces created by Michelangelo in the Medici chapel in order to scrub them of centuries of grime.

As very old artwork continues to languish in time, chemical breakdowns and fluctuations can reveal new dimensions in the pieces that hadn’t thus far been evident. Think of lichen on a gravestone, or the dimming hue of a once-bright oil painting; the magnificence isn’t diminished, only altered. 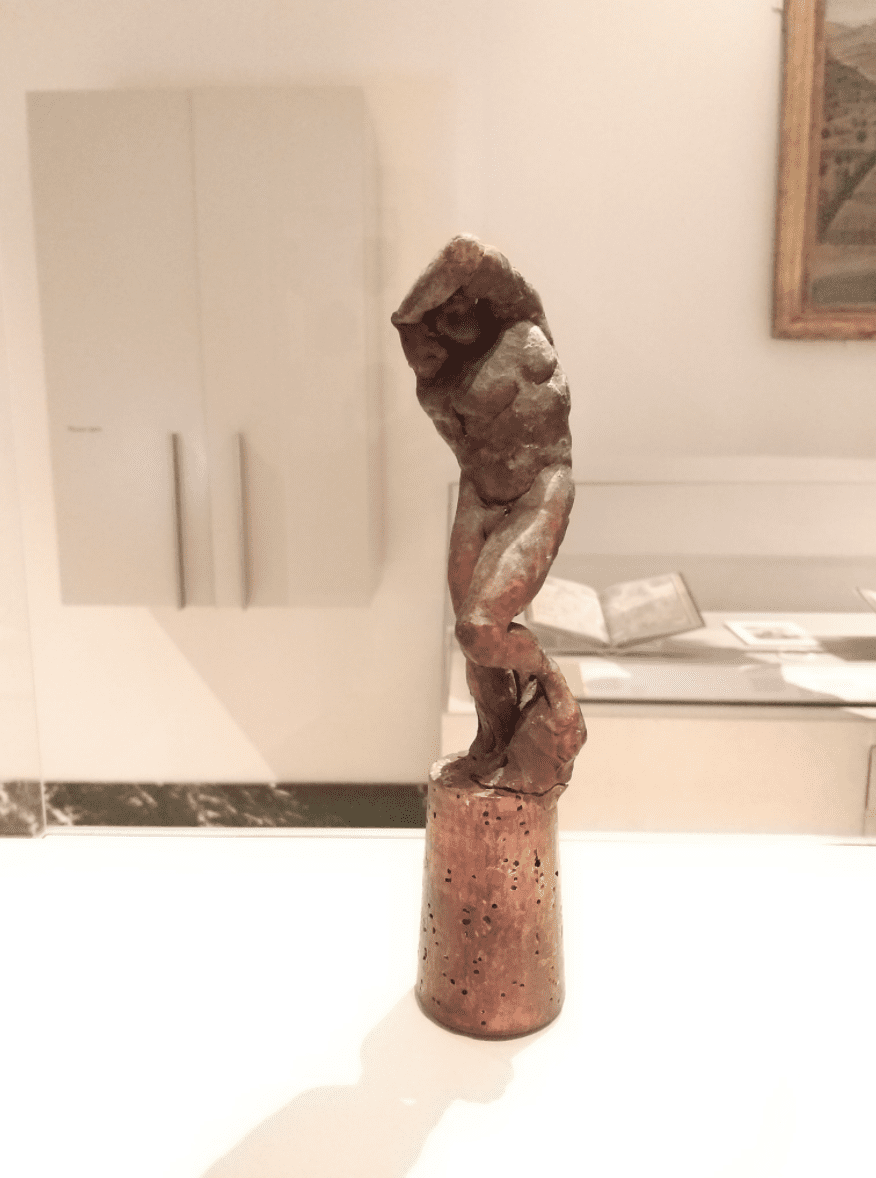