On Monday, Apple patted itself on the back by unloading a number of impressive-sounding proclamations connected to the Season 2 debut of Ted Lasso on Apple TV+. Notably, the company did not release any actual empirical viewership statistics. Last week, Netflix revealed a small smattering of member account viewership numbers for select titles. Of course, the company doesn’t allow any third-parties to verify its claims and uses a divisive benchmark to determine a “view.” In June, Disney claimed that the season premiere of Loki was the most-watched first episode in Disney+ history, but declined to go any further than that. In March, Amazon boasted that Coming 2 America was the most-watched streaming movie in its opening weekend of the year, but failed to explain how or why with real numbers.

Everywhere you look within the streaming industry, the trend is the same: unverifiable numbers or vague platitudes meant to sound monumental. In reality, major streaming services guard its viewership data with the zealous fervor of Thanos hoarding the Infinity Stones. They don’t want us to paint an accurate picture.

Today, we’ll try to explain what advantages the streaming industry believes it’s cultivating through this secrecy, the major issues with Netflix’s numbers, and the benefits SVOD platforms could yield with accurate ratings.

The perceived advantages of secrecy

The first question we must ask is why streaming companies even feel the need to put distance between the outside world and their internal metrics. Why not just tell the curious public how each title is performing?

“As we’ve seen the over-the-top industry evolve, the primary advantage or motivation for a streaming service to maintain its ‘walled garden’ is to keep the competition and media guessing,” Dietrich von Behren, Chief Business Officer at Reelgood, a streaming aggregator that tracks every TV show and movie available online, told Observer. “It allows the service to control the narrative, and outsiders don’t really know the actual wins vs. losses around programming. With the proliferation of more services in an increasingly competitive space, streamers may believe that’s the way to stay ahead.”

Reelgood provides third-party measurements of streaming share and engagement to provide further insight into the murky world of digital viewership. Similarly, data analytics firm Parrot Analytics sifts through social media, fan ratings and piracy data to represent audience demand, which reflects the desire and engagement expressed for a title within a market. The firm uses that data to attempt to quantify the possibility and reality of an actual cultural phenomenon. Streaming services could begin to do this themselves with accurate reports, but that would also invite comparisons that may not always net out favorable results.

“Why would companies play into always trying to best their own series — not to mention competitors — when they can sell the assumption that everything is doing well,” Julia Alexander, Senior Strategy Analyst at Parrot Analytics, told Observer. More often than not, it would be detrimental for Marvel Studios to contend with the hypothetical narrative that The Falcon and the Winter Soldier wasn’t as popular as WandaVision. It would also be difficult for a streaming service with a smaller subscriber base to explain to everyday viewers why its flagship series only garners a fraction of Netflix’s viewership.

Alexander notes that it’s a PR win for the streaming companies and that the group of people who actually care about constant ratings are small in comparison to the millions of viewers who take the horn-tooting self-reported figures at face value. “When those reports become more consistent, and an actual culture forms around those ratings (like weekly box office reports), it’s harder to maintain that PR win,” she said.

Further complicating the issue with transparency is the overlap between direct-to-consumer models and the questions Wall Street investors can raise as a result. Apple, Hulu, Disney+ and the rest of the streaming gang avoid telling stories that invite reasonable but wrong guesstimations that can distort their growth stories, according to former Viacom digital media exec and founder of streaming newsletter PARQOR Andrew Rosen.

Unlike Netflix, the majority of major SVOD players are also multifaceted companies that encompass product sales, online retailing, theme parks, theatrical films, cable television, merchandise and more. This is another contributing factor in crafting a narrative that Wall Street buys.

“For every streaming service not named Netflix, streaming is neither the only line item nor a significant line item contributing to Operating Income or EBITDA,” Rosen told Observer. “The risk of disclosing metrics is that it may create additional storylines which confuse investors about the business. Better to have them clear on where the business is headed than to raise more questions.” 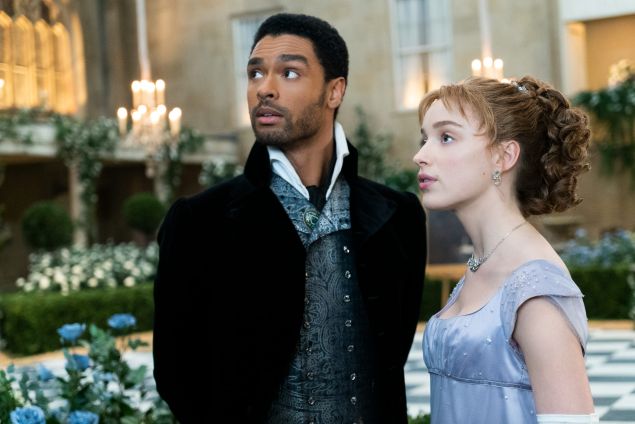 Netflix claims Bridgerton is its most-watched original series ever with 82 million viewers.

Why Netflix’s approach to metrics matters

Depending on who you ask, Netflix is either the worst offender of the industry or the only streaming service attempting to provide any semblance of clarity. The company maintains a constantly updating Top 10 list and provides select self-reported viewership statistics for certain offerings. (Netflix is reportedly considering providing more regular viewership updates on its original films).

For public viewership announcements, the standard is at least two minutes viewed, which Netflix defends as “similar to the BBC iPlayer in their rankings based on ‘requests’ for the title, ‘most popular’ articles on the New York Times which include those who opened the articles, and YouTube view counts.” This means that Netflix sees its consumer behaviors as being more analogous to other online behaviors than movie ticket purchases.

“That is not an unreasonable comparison to consumer behavior in the medium, but it makes thinking about consumer behavior around the media harder to compare to TV (Nielsen ratings) or movies (box office). And Netflix wants to be synonymous with TV and win awards in movies,” Rosen said.

But Netflix’s self-reported metrics that use the two-minute benchmark disqualifies potentially large segments of a viewing audience who try out an episode of a show (if that) or get 10 minutes into a movie before shutting it off for something else, Alexander explained. She notes that Netflix’s reported metrics can skew the perceived value proposition.

“There is a difference between someone getting into a car to drive to a theater and sit down for a two hour movie versus loading something on their TV at home,” Alexander said. “This doesn’t create a debate about overall enjoyment — there are plenty of movies on streaming platforms that are potentially more enjoyable than a theatrical release — but it’s easier to try out a movie and switch it off after 10 minutes with no real loss compared to leaving a movie halfway through in a theater and losing $15.”

The two-minute benchmark simply isn’t a comprehensive representation of what’s truly being watched and driving consistent engagement. It’s skewed more towards curiosity. Netflix’s other reported metric, which the company no longer uses in its public viewership announcements, measures how many subscribers are watching at least 70% of a title. Audiences watching 70% of a movie or TV show are more likely to finish it, which represents strong interest and not just passive browsing on the app. There in lies the conflict.

“The issue is less with Netflix’s metrics system used by internal teams to study what subscribers like and don’t like; the issue is using a slimmed down version of that basic viewing behavior as a full representation in the limited statistics they release at all,” Alexander said.

There will always be strategic reasons why streaming services shroud its viewership data in a cloak of invisibility Harry Potter-style. But the benefits of accurate viewership statistics would be to inform the industry and drive more informed decision making overall. In establishing credibility, audiences and consumers are more likely to trust the brand and any subsequent reveals the company makes public. This is particularly true as the SVOD industry moves out of its infancy and into maturity.

“Viewership itself is not a secret formula or silver bullet, it’s just a measure of success,” Von Behren said. “Strong viewership is simply an indicator of popular content and the opposite holds true, so let the market learn from it and not hide from it. Streaming services will benefit and so will consumers.”

Touting success in terms of widespread viewership is what creates -cooler buzz and drives new viewers to a select title. Transparency can help direct social chatter in favorable situations (though the reverse is also true for under-performers).

Domestic box office data wasn’t readily available to the public until the early 1980s, when a culture of transparency and broad interest connected to the information began to develop. Perhaps we’re on that same path with streaming, particularly as talent and agents push for more accurate numbers to be released more consistently to help provide leverage at the negotiating table (something the streaming studios don’t want).

Ultimately, a better understanding of what works and what doesn’t in the present, when major streaming is still in its embryonic stages, will better position SOVD players for the future.

“The entertainment landscape is radically shifting,” Alexander said. “As companies rely more on data to tell them where to invest and what to avoid, being able to see those numbers and understand where we’re heading and why we’re going there is crucial to understanding what appears on our TV sets at the end of the day.” 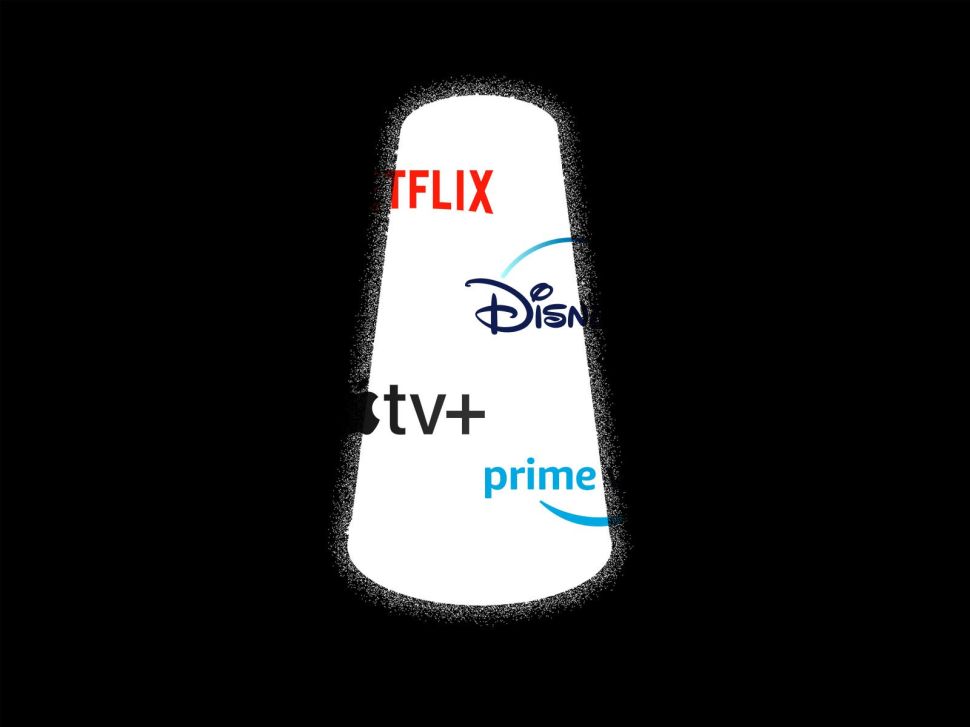