Netflix changed the very course of entertainment in 2007 when it launched its online subscription venture. In 2013, the company innovated yet again, disrupting the industry by beginning to distribute original programming. Game-changer, revolutionary, pioneer. Choose whichever platitude you like best. The pedestal praise is deserving.

Yet as an online entertainment destination, Netflix has almost exclusively relied on subscription revenue to keep the money flowing. At the same time, rivals such as Amazon, Apple, Disney, NBCUniversal and Google are positioned to monetize its subscribers in multiple ways through retail sales, product sales, ad revenue, theatrical movies, theme parks and more. They aren’t solely beholden to their streaming business to earn money. Yes, Netflix had set a new precedent in the industry. But for years, analysts and industry observers have expressed concerns over the streamer’s one-dimensional business model.

Regardless which side of that battle line you fall on, Netflix leadership has made several recent moves indicating further development was needed. The streamer just announced that it plans to expand into video games, hiring former Facebook Reality Labs vice president of content and Electronic Arts vice president of mobile Mike Verdu to be its vice president of game development. The new video game offering will reportedly arrive on the platform within the next year. The company hired former Apple executive N’Jeri Eaton to oversee its expansion into podcasting. And in re-upping its overall deal with uber-producer Shonda Rhimes, the streamer plans for Rhimes to contribute to “film, games, VR, branding and merchandising, live events and experiences,” per THR.

“Amazon, Google, Facebook and Apple have huge cash reserves to throw at any new venture. Netflix doesn’t have that.”

Netflix is evolving, but both Hollywood and Silicon Valley are littered with the corpses of ambitious companies. Here’s what it will contend with as it seeks to prove it still has something to prove.

Netflix has carefully crafted a narrative of consistent growth in order to appease Wall Street. Offering customers new forms of entertainment is its forte. Even if growth has slowed — the company reported Tuesday that it had added just 1.54 million new global subscribers in Q2, while losing customers in the United States and Canada, after missing Q1 expectations — as a result of the pandemic’s ‘pull forward impact,’ Netflix still leads the SVOD industry in churn rate, per Antenna. Growth remains a necessity as the streaming wars become increasingly crowded with well-resourced combatants with up to a century of studio libraries in their arsenals. The question is how best to achieve that growth and diversify its business model.

“Netflix can build a gaming business of its existing IP and tech (interactive videos) and consumer conversion funnels,” Andrew Rosen, former Viacom digital media exec and founder of streaming newsletter PARQOR, told Observer. “It just needs to figure that out at scale. Its interactive video business is a step in that direction, but we have no evidence that those shows drive growth.”

“Netflix can build a gaming business of its existing IP and tech (interactive videos) and consumer conversion funnels. It just needs to figure that out at scale.”

In October, Netflix and video game company Ubisoft announced an agreement to develop content based on the Assassin’s Creed franchise. Under the agreement, Netflix and Ubisoft will tap into the iconic video game’s trove of dynamic stories with global mass appeal for adaptations of live action and animated series. In 2019, the company announced a video game series based on hit original Stranger Things. Hit series The Witcher is based on a series of globally popular books and video games. It’s not as if Netflix is starting completely from scratch in this arena. Previously, Netflix has also been experimenting with interactive fare such as Black Mirror: Bandersnatch and Kimmy Schmidt‘s interactive special.

Netflix’s move into podcasting suggests an ad-supported endeavor, but Netflix lacks the relationships to build out a strong advertising business from day one because it has famously avoided ads with its video business. That doesn’t change for its move into audio and will require time, effort and resources, Rosen notes. Still, both offer the upside of new moneymaking extensions. Should the video game addition work, customers can expect a price increase in their monthly subscriptions to follow.

The goal is to move Netflix away from its over-reliance on subscription revenue. It’s simple: the more ways the company can make money, the better. There’s a reason Disney’s famous flywheel model is, well, famous.

“After the big announcement last week about video, the key reveal was that the video games would be included in the application,” former entertainment executive, digital media professional and current industry analyst Entertainment Strategy Guy told Observer. “If the integration of video games goes smoothly, Netflix has proven they can expand beyond video. AR/VR, then, is the natural extension. Podcasts are less so.”

“If the integration of video games goes smoothly, Netflix has proven they can expand beyond video. AR/VR, then, is the natural extension. Podcasts are less so.”

First, the company must figure out how to more fully monetize its current content slate. This would mean selling more content via licensing deals (consumer products and merchandise on its newly launched online shop), selling to other windows (theaters, licensing to other SVODs), creating interactive versions and potentially expanding into theme parks. Outside of licensing to other channels, which Netflix has said it will never do, these are more or less realistic options (though Netflix can’t generate a profit from one-week exclusive theatrical windows and won’t shift to wide theatrical releases at the expense of its online audience).

The only caveat is that to license IP more successfully, or even sell consumer products more successfully, it requires popular content and greater transparency regarding ratings data. This last point in particular has hindered toy sales, in addition to lackluster sales in brick and mortar stores for kids products, he explains.

The second effort is to create new business ventures, which is what we’re seeing with video games, podcasts, live event and other fresh Netflix ventures. These each have their own challenges and opportunities, as noted above. The risk is integrating those businesses, as the most valuable thing Netflix owns is their application and platform.

Third, the company could expand its video initiatives. This could mean live TV via sports, news, and events, creating a streaming device (like Roku, which, ironically, they initially helped fund), or even offering an ad-supported tier. However, building the infrastructure necessary for live television doesn’t happen overnight (Amazon Prime Video is reportedly outsourcing its production of Thursday Night Football) and Netflix appears philosophically opposed to ads on its service.

What does it mean for Shonda Rhimes to actually write for films, games, VR, branding and merchandising, live events and experiences (beyond Bridgerton costumes dominating Halloween sales)?

“I don’t know, and I’m not sold anybody knows,” Rosen said. “But she now has access to a share of more revenue streams, which Netflix is iterating its business model towards.”

“[Shonda Rhimes] now has access to a share of more revenue streams, which Netflix is iterating its business model towards.”

Rosen wonders if the company will look to set up more deals similar to Rhimes’ with a focus on kids and family brands. It’s no secret that in many strategic ways, Netflix wants to be Disney. He sees the multiple verticals Rhimes will be working in as “ripe with Disney-esque opportunities” for the right kids and family IP. Emily Horgan has highlighted Ridley Jones, Super Monsters and Mighty Little Bheem as family-friendly properties with branding and merchandising prospects in her coverage for What’s On Netflix. CoComelon is a consistent performer for the streamer.

“But otherwise, [Netflix] is taking a ground-up approach of many little bets to find these titles in kids and family,” Rosen said. “So it’s still a bit of an act of divination to figure out where these films, games, VR, branding and merchandising, live events and experiences are headed.”

As always, new efforts will take time to develop and sift through in order to unearth and unlock true value.

The major obstacles Netflix has to clear

As an early adopter, Netflix has sat atop the streaming throne relatively unchallenged. Now, with multi-faceted competition rising, it is forced to innovate for the first time since entering the original programming arena. That costs a lot of money.

The company envisions being cash flow positive every year after 2021 and will no longer need external financing. Yet Netflix is still not as flexible as its rivals in some regards. Whether or not you agree with the strategy, Universal has an ability to monetize movies both in theaters and via third-party licensing. As such, it boasts multiple windows of potential revenue generation. Netflix’s upside is limited in that regard as a one-stop-shop destination. It is committed to on-demand video above all else, and that precludes selling to competitors and moving into live television.

Netflix isn’t going to go extinct anytime soon — not with a market-leading 209 million subscribers, extensive lead in technology, user data, content production and a globally known brand. But the question many analysts keep returning to is how the stock price will be affected. It is currently the highest-valued entertainment stock, driven by the belief of long-term growth prospects.

“Yet, as the U.S. may be showing, competition is fierce and may be cutting into Netflix market share,” ESG said. “If Netflix thinks they’re ultimate global subscriber total is closer to 250-300 million than the 400-plus million many analysts expect, they’ll need lots of revenue growth to justify their share price.”

The uphill battles ahead

Netflix knows that if it wants to keep pace with its more versatile rivals that boast multiple access points to customer monetization, it needs to innovate its business model and evolve. Yet launching additional business ventures is extremely costly and difficult. Spotify, an audio company, has made waves with its podcast business but hasn’t seen huge rewards in profitability yet. Google and Disney both attempted to enter the video game production and distribution space only to later wave the white flag. Every market revolving around the entertainment industry is highly competitive.

“So while I love that Netflix is trying to expand and grow as every business should, they seem to be leaping over their core competency, which is product design/development for video, and going straight to other, newer fields,” Entertainment Strategy Guy said. “That could be hard.” 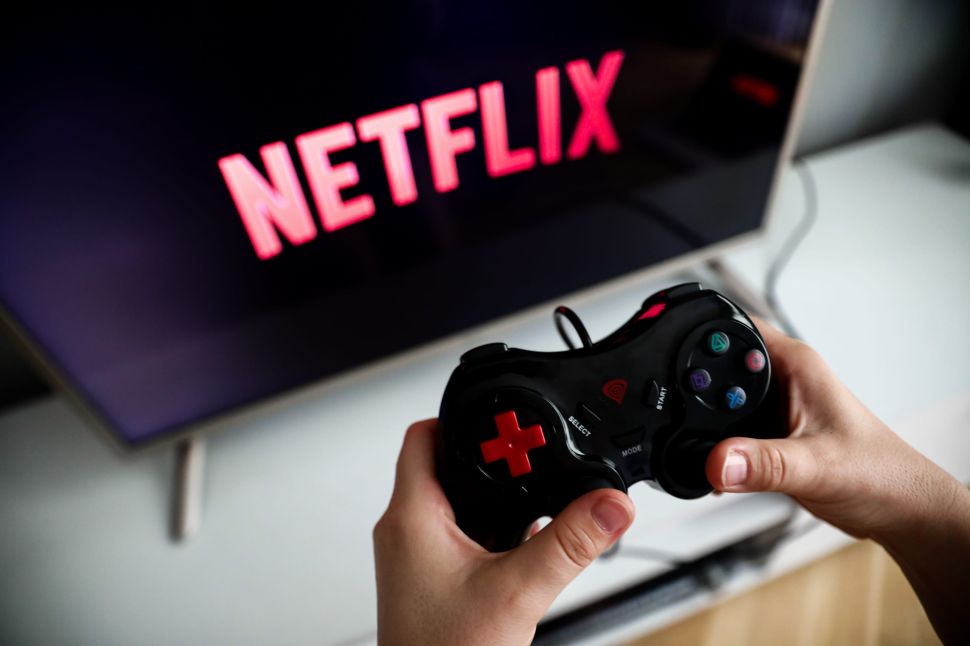