Fair or not, Hollywood is built on the idea of immediate gratification. “What have you done for me lately?” isn’t just a question, it’s an organizing principle for the entire industry. The very concept that you’re only as good as your last performance speaks to the way in which value is calculated. That’s what makes Netflix such a fascinating case study.

Since then, Barris has left Netflix midway through his nine-figure deal for ViacomCBS after clashing with the streamer creatively. He recently told The Hollywood Reporter he wanted to make “in-your-face” programming while Netflix pushed for more broad appeal series. Murphy has delivered a number of projects for Netflix, with more to come, yet few have been widely embraced by critics. His most commercially successful show, Ratched, garnered 48 million viewers in its first 28 days, which does not crack the streamer’s top 10 all time, according to the company’s own self-reported viewership data. In November, newly installed global TV head Bela Bajaria moved Netflix’s overall deals business under a single executive, Brian Wright, to wring out more value from a watchful eye.

Meanwhile, Rhimes’s Bridgerton has become the streamer’s most-watched original ever with 82 million Netflix “views” and Rhimes has since been signed to a new extension at the company. Now, the Game of Thrones creators are on the verge of delivering their first series since signing their mega deal: The Chair.

The Chair follows Dr. Ji-Yoon Kim (Sandra Oh) as she navigates her new role as the chair of the English department at prestigious Pembroke University. Ji-Yoon is faced with a unique set of challenges as the first woman to chair the department, and as one of the few staff members of color at the university. An inadvertent burgeoning scandal involving her co-worker and love interest Professor Bill Dobson (Jay Duplass) only inflames the situation in her early tenure. Amanda Peet serves as writer, showrunner and executive producer. Joining Peet as executive producer are Oh, Benioff, Weiss, Bernie Caulfield and Daniel Gray Longino.

Bridgerton was Rhimes’ first series for Netflix and it’s already spawning an entire programming universe. It’s a clear indication that when things go right, the company will throw the full weight of its resources behind you. When it goes wrong, well, Murphy’s niche volume may not be enough to keep the two sides together once his current deal expires.

Netflix’s subscriber growth has slowed to a crawl in 2021 after a record year aided by the pandemic in 2020. It’s not fair to say that Netflix needs The Chair to be a hit after a disappointing Q2. New seasons of The Witcher, You and Sex Education are expected to carry that burden along with upcoming original films such as Leonardo DiCaprio’s Don’t Look Up and Dwayne Johnson’s Red Notice. But given the increased scrutiny surrounding Netflix’s mega deal producers, it is fair to say that Benioff and Weiss would alleviate enormous pressure by starting on the right foot.

The disappointing conclusion to Game of Thrones left a bad taste in the mouths of audiences. Benioff and Weiss have their work cut out for them fighting against that viewer grudge, the raised expectations of a nine-figure payday and Netflix’s recent struggles. 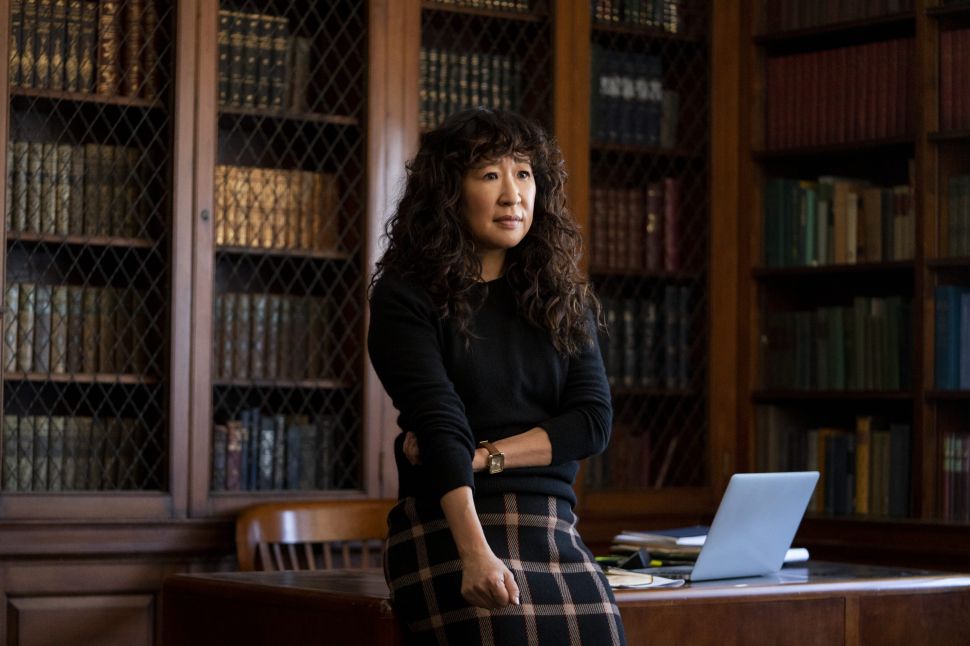