During the COVID-19 pandemic, traumatic events have been a dime a dozen. According to Johns Hopkins University as of today more than 609,000 people lost their lives. Week after week many more lost their jobs, and domestic abuse and adolescent suicides also spiked.

The general public reels with trauma on our collective psyche. It’s widespread and often hard to personally reckon with. This is one of those moments where a good TV show can help us understand the nuances of trauma without directly confronting our own, at least at first.

One of the most popular shows of the summer reckoned in part with that trauma, even if it narratively wasn’t about our current pandemic itself. Freeform’s Cruel Summer, which just wrapped up its first season. Cruel Summer takes place in a suburban Texas town in the early 1990s. Kate Wallis, portrayed by Olivia Holt, disappears at the hands of her high school vice principal Martin Harris, portrayed by Blake Lee. Nearly a year later, Holt manages to escape. She accuses a classmate, Jeanette Turner, portrayed by Chiara Aurelia of knowing about it and failing to report it. Turner then quickly becomes infamous due to the ensuing scandal.

The show follows the two young women simultaneously over the course of three years and grapples with the layers of trauma they both faced in the process. Observer spoke with Holt about how she approached the role, why she thought it could portray the nuance and complexity of trauma and what she wants viewers — especially adolescents in crisis — to take from her character’s journey.

Observer: Tell me about how you approached the nuances of trauma that your character experienced within the show.

Olivia Holt: Well, the trauma is definitely really heavy and incredibly brutal and terrifying. I’ve never been through a traumatic experience, let alone something like this. It was something that I really had to educate myself on. I had to give myself the proper research and proper emotion. I had to get in the right headspace and mental space in order to execute this in a transparent and honest way. It was tricky to find all those layers. I really give a lot of kudos to my scene partners and the creatives on this show because if it wasn’t for the communication we had, I don’t think it would have been showcased quite the way we showcased it on the show.

Your character seemed to have some kind of evolving understanding of trauma. At one point it looked like PTSD, and at other points it looked like it was a result of more generalized societal pressures. What do you think people should take away from the show about the nuances of dealing with trauma?

What I learned was because of what she went through and the year after, I had to make sure that we were executing it in a way that was showing how she decided to not let that take over her life and not letting it control her life but rather decided to move forward from it. Everybody handles trauma differently. She gained perspective and decided to feel comfortable in her own skin again, make the choice to go to therapy and walk through all of those terrifying moments again, make the choice to form our own opinions and be separate from anything that she’s ever been in her life.

The trauma your character experienced seems to be very comparable to the isolationism that the pandemic evoked. People were homebound and saw friends, relatives and colleagues die over the last year. Obviously the situation is different in the show, but the character sought out therapy. That’s not something that is as prevalent in TV as some think it should be. Do you think that through your character you conveyed the importance of seeking help when you need help and recognizing the warning signs?

Of course, I do. I think that there’s a lot of stigma behind going to therapy and even the subject matters in our show from the grooming to the gaslighting to the manipulation, there’s so much stigma behind it because it’s not talked about enough. It’s not shown enough in our industry. Having the opportunity to be able to express the subject matters in a transparent and honest way was really important to the show.

Yes, it is entertaining, but also it needs to be informative and it needs to be talked about. There are layers obviously. We can’t necessarily show too much or say too much, but it was important not to glamorize it, not to romanticize it. That is exactly what we did. We stuck to our guns and decided to make a show that was going to move the culture forward and not push it back.

Do you channel anything of your own personal experience to create this character?

There are more differences than similarities between Kate and I. I found myself really diving into her shoes versus pulling from my own life. There was a lot more that she experienced than I ever had. I think for me it was really about diving into the emotional, mental and even physical state that she was in.

I’m playing three different versions of one character. To make choices for each year was incredibly important to me. I wanted to make sure people knew the difference between each year but not making it feel like a completely different role, just that she’s gone through changes and that she is flawed. She is not just one note. She’s complicated. I think that she’s a beautiful mess. All of those pieces were really important to me. I have a really hard time compartmentalizing my life. I had to just live in that space and then come home and decompress and then work that way. It is not easy for me to just turn it on and turn it off like a lot of actors have the ability to do that. I need to live in that moment in order to give a good performance.

You also made some music for the show. Can you tell me about what you were going with, what was your approach?

The producer came to me and asked me if I would like to do a Smashing Pumpkins cover. I was like… “What do you mean? Of course, I would love to.” I am a fan of The Smashing Pumpkins and to incorporate music into the show was really important to me. I’m so grateful that they asked because it led into another song in the show and then one more, so now I have three covers in the show that I am extremely proud of. When I get to do both and they align together, that just makes my whole career surreal even more than it already is.

Well, what I do for a living has been my dream. I act and I make music. To do both in the same space is a Pinch me, am I dreaming? moment.

You have a new single. Tell me about that.

I’m incredibly proud of this song. I made this song during the beginning of the pandemic last year. I’m so happy I waited to put it out because the song really is a liberating song. It’s something to move and dance to. We’ve gone through a really hard year and we want to all dance again. This song is that.

It’s also just the beginning of a new era of music for me. I really feel that to my core. I’ve been making music since I was a teenager, and now I’m entering my mid-20s, and I feel like I’ve really solidified my artistry in a real way. This song is the beginning of that.

I’m still making pop records, but I’ve never had so much creative control in music before. I’ve started writing and going into sessions everyday. I am collaborating with producers and songwriters. I am really finding my sound, lyrically what I want to say and how I sing. That seems like such a silly thing to say because yes I know how to sing  but finding my voice, and the thing that makes me different, especially being a female in pop music. I am finding a way to create a sound that is mine and only mine.

Cruel Summer is available to stream on Hulu. 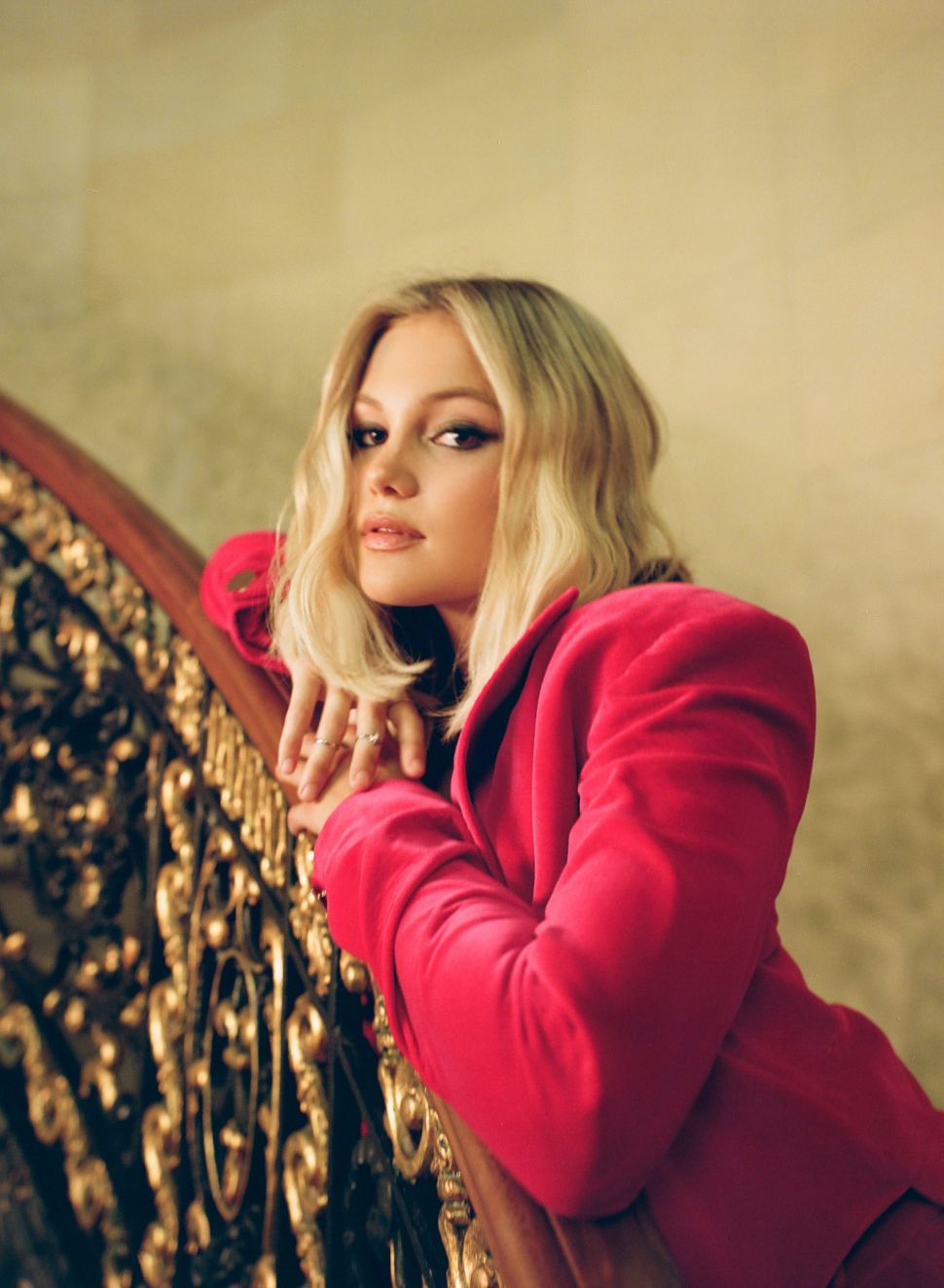