The last few weeks have seen the emergence of a very specific subgenre of performing arts coverage during the COVID crisis: the tearful return of the critic to the theater. As venues reopen and opera companies take up again their central mission after something more than a year, I am reading comments from some of my colleagues about the experience of hearing live opera is so poignant they just can’t help getting all weepy.

Now, I don’t begrudge them their tears; I’m a weepy guy myself and it is in the opera house where I turn the most lachrymose. And this long hiatus from live opera—nearly a year and a half!—was a deprivation I hadn’t experienced since I was in high school!

But I have to say that my “return” to opera last night, at Teatro Nuovo‘s presentation of Rossini’s Il Barbiere di Siviglia at Lincoln Center, didn’t include that knife-to-the-heart pang that starts me sobbing. Instead, the evening felt like a homecoming, a reinstatement of the way things used to be and should be.

Surely the primary reason for this feeling of a seamless “comeback” was the professionalism and exquisite taste of the Teatro Nuovo troupe, who compromised their lofty standards of fidelity to the original score only so far as to take a few minor cuts to get the performance finished by 10:00. The more than two hours of Rossini’s music remaining flitted into Damrosch Park with wit, charm and superb musicality.

If anything, the show might have been a little too refined for the casual audience and noisy outdoor venue. The musical performance, prepared by Will Crutchfield in collaboration with Lucy T. Yates and Timothy Cheung, included innumerable tiny details derived from performance materials of Rossini’s era or else invented in the composer’s improvisation-friendly style. Even the familiar overture sparkled with subtle variations of melody, making this chestnut sound wonderfully fresh.

The bel canto riffing carried over to the vocal performances as well, especially when mezzo-soprano Hannah Ludwig rang her changes on Rosina’s aria “Una voce poco fa.”  Her voice is unusual, centered quite low in the range and quivering with a dark contralto timbre. Accordingly, she eschewed the customary giddy approach to this piece, instead choosing relaxed tempos and frequent excursions into a sumptuous, almost baritonal chest register.

Even with the mounds of trills, leaps and roulades she heaped upon the aria, the result was so tasteful as to sound rather sober. In fact, as Ludwig portrayed her, this Rosina sounded like she might belong more plausibly in an opera seria like Semiramide instead of the sparkling comedy of Barbiere.

In contrast to Ludwig’s boldly idiosyncratic Rosina, the men in the cast came off a little pallid. The three low voices sounded strikingly similar, so much so it was easy to mix them up. Most distinctive perhaps was Hans Tashjian as Figaro, whose gently caressing bass seemed to transform the rollicking street-smart barber into a sleek coiffeur in a swank Fifth Avenue salon.

Similarly non-traditional in approach was tenor Nicholas Simpson (Almaviva), whose towering height and steely high notes seemed to indicate that Wagner’s Lohengrin was vacationing in Seville.

Most striking of all, I think, was the leadership of first violinist Jakob Lehmann, who “conducted” the orchestra with nods of his head and the action of his bow. To an audience in 2021 this practice looks adorably quaint, but in fact that’s the way things were done in the early 19th century when Barbiere was introduced. More to the point, Lehmann kept everything admirably crisp and jaunty all night long.

A performance this excellent deserves a revival under more amiable conditions, ideally with a full staging in an intimate theater. In the meantime, though, tonight’s second performance should delight opera fans who, like me, have missed their favorite art form so deeply. 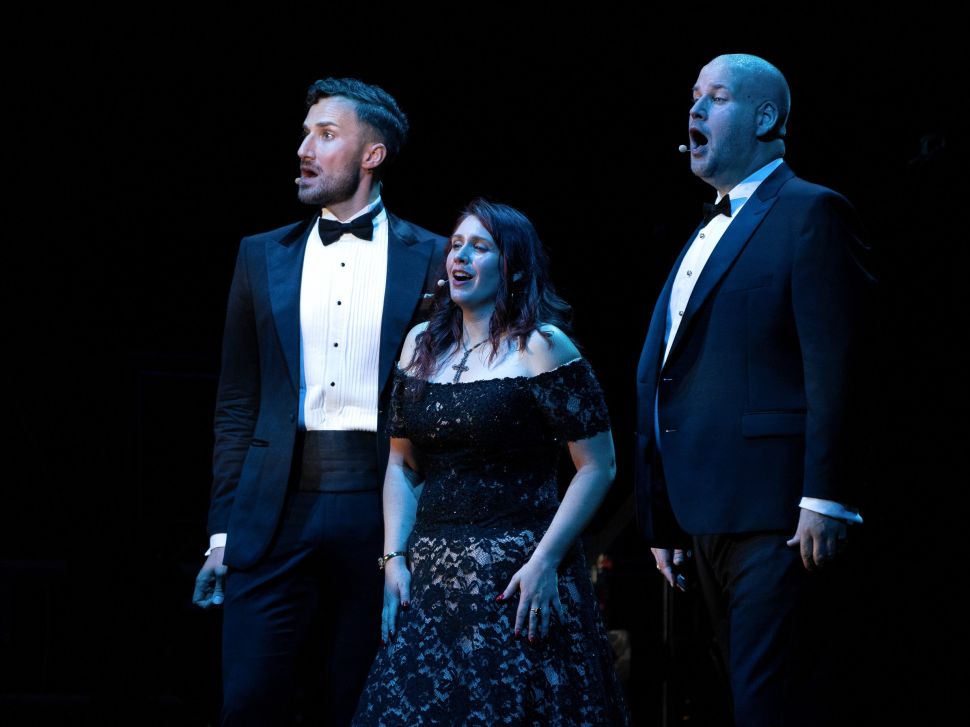