Paramount Pictures is a storied studio with a legacy of medium-defining hits that stretch from My Fair Lady and The Godfather to Forrest Gump and Titanic. But over the last decade, the studio’s attempts at bigger budgeted franchise tentpoles have often sidestepped artful construction and individuality for generic reverse engineered merchandise vehicles. Sadly, Snake Eyes: G.I. Joe Origins, an attempt to reinvigorate the G.I. Joe IP, follows suit.

Snake Eyes stars Henry Golding as, you guessed it, Snake Eyes, a tenacious loner who is welcomed into an ancient Japanese clan called the Arashikage after saving the life of their heir apparent. Upon arrival in Japan, the Arashikage teach Snake Eyes the ways of the ninja warrior while also providing something he’s been longing for: a home (lol). But, when secrets from his past are revealed, Snake Eyes’ honor and allegiance will be tested — even if that means losing the trust of those closest to him.

The film opens with a tragic origin story delivered in the briefest and blandest way imaginable. Establishing an emotional connection between the audience and the protagonist in a limited amount of time will always be a difficult task, especially for propulsive franchise studio titles. But similar initiatives such as the epic opening of Star Trek (2009) or the light-hearted introduction of Marvel’s Ant-Man prove how off the mark Snake Eyes‘ familiar orphan story really is.

Now the film is shot well enough by cinematographer Bojan Bazelli, with director Robert Schwentke (The Divergent Series: Insurgent) showing off a few signs of life. The overuse of shaky cam is a bit much in the action scenes, but mobile shots, unique angles and tight closeups provide the story with enough fluid movement to occasionally earn your attention. The fight choreography is often impressive. But the script is pockmarked with cliches, tropes and never-ending predictability.

No need for a prophecy or an Oracle here; we already know what’s coming. One imagines how improved the final product might have been with a screenplay from a Christina Hodson (Birds of Prey, Bumblebee) or Kemp Powers (Soul, One Night in Miami).

Dialogue that wants to snap, crackle and pop merely sinks, fizzles and drops. “I looked into your eyes and saw honor,” Snake Eyes actually tells Tommy, aka Storm Shadow (Andrew Koji) with a straight face. Characters form connections out of thin air, with brotherly dynamics forged in less than a day and romantic googly eyes inexplicably exchanged between suspicious strangers. Nothing can prepare you for the jarring whiplash of the relatively grounded action film suddenly taking a turn into mystical sci-fi. But Black Panther this is not. What could otherwise be a relatively entertaining punch-’em-up is bogged down by these inexplicable developments and mountains of exposition. (Yes, there’s also a magical glowing MacGuffin because of course there is.)

Outside of a handsome mug, Golding lacks presence as the feature’s leading man. Harrison Ford was always a smug curmudgeon who could turn a phrase. Bruce Willis was a snarky everyman who exuded incredulous “Are you kidding me?” energy. Golding’s recalcitrant hero, stripped of the charm the actor flexed in Crazy Rich Asians, is most memorable for his inconsistent American accent.

Snake Eyes should be an Eastern Jason Bourne or a Western take on The Raid. But it winds up lacking any signature or singularity. It’s more like a bottle episode of Netflix’s disappointing Marvel series Iron Fist. All blood feuds and ancient traditions that grasp at the appearance of noble legacy, but are merely mechanisms for moving the characters perfunctorily through the story.

Franchise fans may hope that Snake Eyes is the current that will carry them to a greater G.I. Joe universe, as the movie insists on introducing world-building elements that distractingly hint at future adventures. Instead, the film is an ocean of PG-13 naiveté and simplicity. 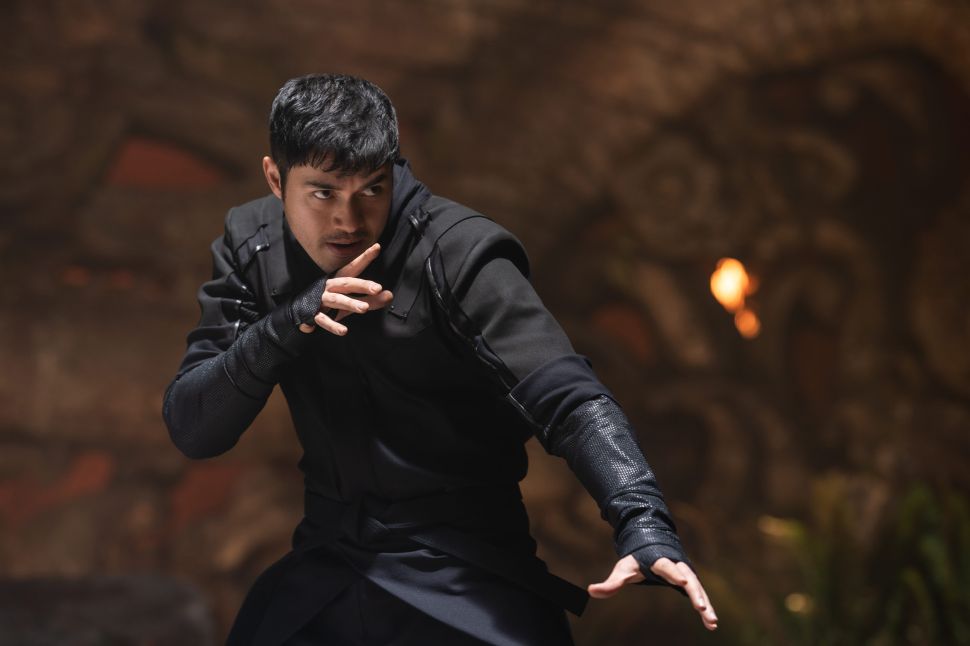