Prince George is turning eight years old today, and in honor of the special occasion, Prince William and Kate Middleton released the sweetest new photo of their son on the eve of his birthday. Duchess Kate, who’s become the unofficial royal family photographer by now, snapped the adorable picture of Prince George earlier this month, when the Cambridges were in Norfolk.

In the picture, Prince George is perched on the hood of the family’s car, grinning at the camera and looking very grown-up in an orange-and-navy striped collared shirt and matching dark blue shorts. The car appears to be a Land Rover Defender, which is a lovely nod to the late Prince Philip, as it was his favorite automobile.

Prince William and Kate shared the image on their official social media accounts, with the caption “Turning eight(!) tomorrow,” followed by birthday-appropriate emojis. They’ve received plenty of well wishes for Prince George, and earlier today, thanked everyone for the sweet birthday notes and tweeted, “Thank you for all your lovely messages on Prince George’s eighth birthday!”

The snap was taken at the Cambridges’ Norfolk estate, Anmer Hall, on the Queen’s Sandringham estate. The family has been at Anmer Hall more than ever over the past year, as it’s where they isolated for much of the pandemic. They moved back to London when Prince George and Princess Charlotte resumed classes (and when Prince Louis started nursery school), but now that the Cambridge kids are out of school for summer vacation, it seems they’ve returned to their Norfolk country home.

Prince George has been making more public appearances as of late, as he joined his parents for two of England’s recent soccer matches, including their loss in the Euro 2020 final, where his facial expressions rivaled those of Duchess Kate’s at Wimbledon. Prince George even wore a suit and tie to the matches, looking like a very regal little businessman. The future King of England is an avid soccer fan, and even had a soccer-themed birthday at Kensington Palace when he turned six. Not to be outdone, last year was a rather momentous milestone for the little Prince, as around his seventh birthday, the Duke and Duchess of Cambridge reportedly told their son that he would eventually be king.

The Cambridges will likely celebrate Prince George’s eighth birthday today with a fête at Anmer Hall, and the Duchess of Cambridge has surely continued her tradition of staying up all night and baking a cake from scratch. Kate previously shared a glimpse into the family’s birthday rituals, as she said, “I love making the cake…it’s become a bit of a tradition that I stay up til midnight with ridiculous amounts of cake mix and icing, and I make far too much. But I love it.”

Prince George has a big summer ahead of him, as aside from his very important birthday today, the Cambridges usually take a family trip together this time of year, and they’ll also likely be heading up to the Scottish Highlands at some point, to visit the Queen during her annual vacation. 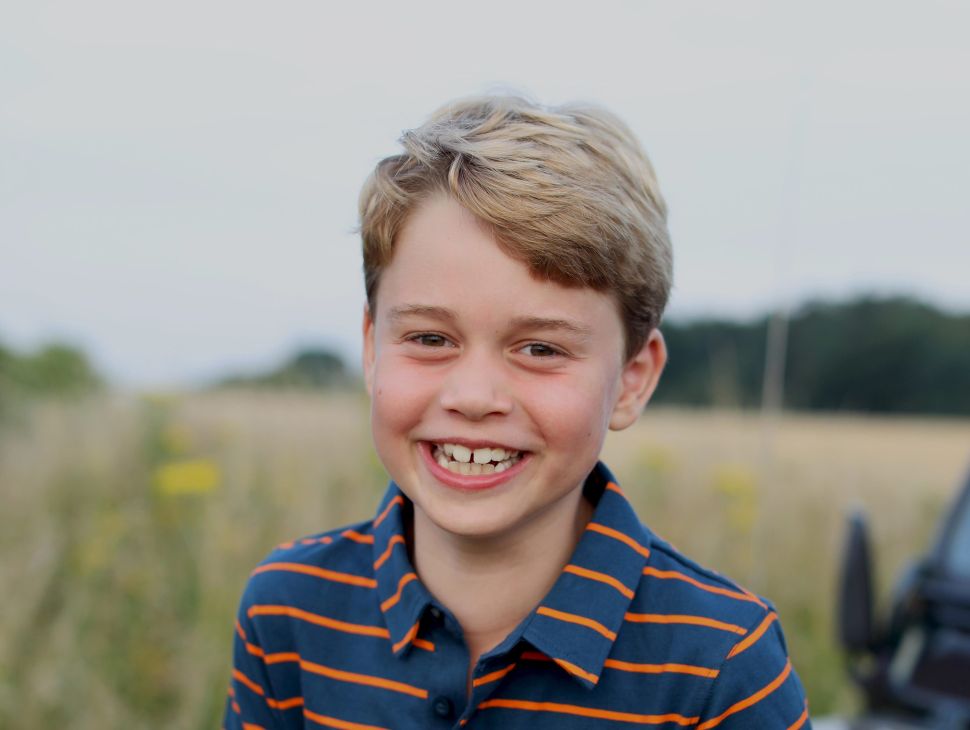