Last week, Prince William and Prince Harry reunited at the unveiling of a statue they commissioned in honor of their late mother, Princess Diana. The Duke of Cambridge and the Duke of Sussex have had a rather strained relationship over the past year, but it seems they’re finally starting to work towards healing the royal rift.

Prince William and Prince Harry have finally “turned a new page in their relationship and have started healing,” a royal source told Us Weekly. The brothers apparently actually spent time together in the morning before the statue ceremony, and took a trip down memory lane. The two were “looking through old keepsakes, notes from Diana and bonding,” and everyone around them was “thrilled to see how close they were” during the statue unveiling.

The two brothers did put on a united front during the unveiling ceremony in the Sunken Garden at Kensington Palace; they reportedly came to a true and decided to put aside their differences for the big occasion, as they wanted the focus to be on the statue honoring Princess Diana.

Prince William and Prince Harry released a rare joint statement on the day of the unveiling. “Today, on what would have been our Mother’s 60th birthday, we remember her love, strength and character—qualities that made her a force for good around the world, changing countless lives for the better. Every day, we wish she were still here with us, and our hope is that this statue will be seen forever as a symbol of her life and legacy.”

It’s a big step for the brothers, as the two have been rather publicly at odds over the past several months, especially after Prince Harry and Meghan Markle’s big Oprah interview. Ever since the Sussexes welcomed baby Lili, however, it seems that tensions have begun to ease between the two families. Prince William and Kate Middleton sent Prince Harry and Meghan a gift for their daughter after her birth, and the Duchess of Cambridge has reportedly been reaching out to the Duchess of Sussex, and has been sending her notes and gifts.

Prince William and Prince Harry haven’t entirely repaired their relationship just yet, but it’s definitely moving in the right direction. Prince Harry is now back in Montecito, but the two might have the chance to keep working on moving forward in September, as the Duke of Sussex is reportedly considering flying back to the U.K. for a larger celebration honoring Princess Diana. 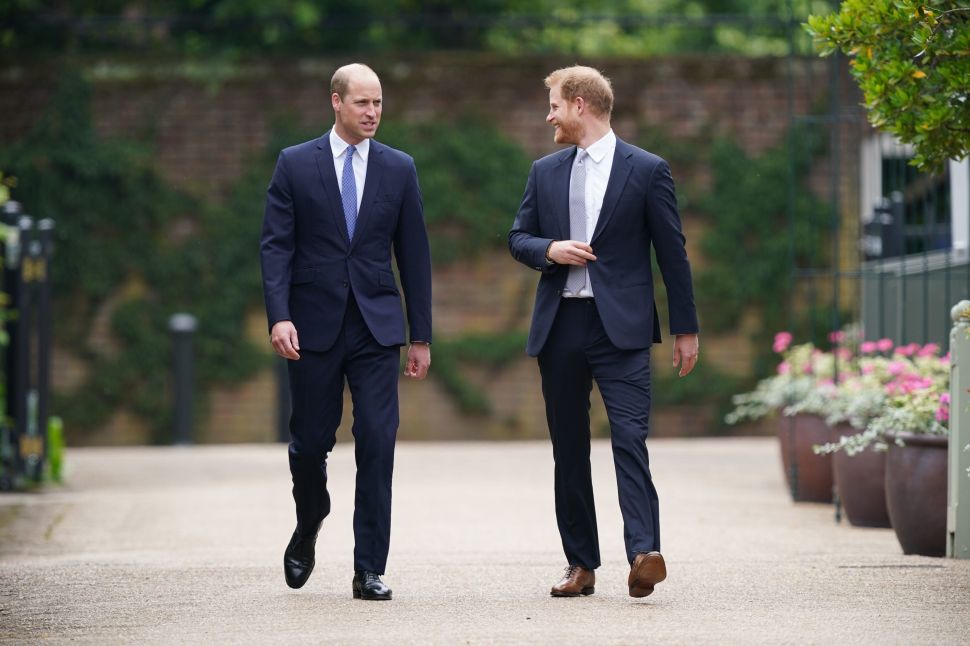