Today, Prince Harry and Prince William finally reunited at the unveiling of a statue of Princess Diana, which they jointly commissioned in honor of their late mother. The Duke of Sussex and the Duke of Cambridge have been somewhat at odds for the past year, but they put aside their differences to work together on the important project.

Prince Harry and Prince William were joined by a small group of guests that included just Princess Diana’s close family, as well as statue sculptor Ian Rank-Broadley and garden designer Pip Morrison. The statue unveiling ceremony, in the Sunken Garden at Kensington Palace, took place on what would have been Princess Diana’s 60th birthday.

Prince Harry and Prince William issued a rare joint statement for the occasion. “Today, on what would have been our Mother’s 60th birthday, we remember her love, strength and character—qualities that made her a force for good around the world, changing countless lives for the better.”

“Every day, we wish she were still here with us, and our hope is that this statue will be seen forever as a symbol of her life and legacy. Thank you to Ian Rank-Broadley, Pip Morrison and their teams for their outstanding work, to the friends and donors who helped make this happen, and to all those around the world who keep our mother’s memory alive.”

The bronze shadow depicts Diana with three children; a statement released by Kensington Palace explains that it represents the “universality and generational impact of The Princess’ work.”

Underneath the statue is a plinth, engraved with Princess Diana’s name and the fate of the unveiling. Below that is a paving stone, which is engraved with an excerpt from the poem The Measure of a Man; it reads: “These are the units to measure the worth Of this woman as a woman regardless of birth. Not what was her station? But had she a heart? How did she play her God-given part?”

The statue is now installed in the newly redesigned space in the Sunken Garden at Kensington Palace, which was one of Diana’s favorite places. Workers spent 1,000 hours making the garden absolutely perfect, with a special emphasis on Princess Diana’s favored flowers, like forget-me-nots.

Prince William and Prince Harry last saw each other in person at Prince Philip’s funeral in April, and while some were hoping that the brothers would begin to heal their relationship at the memorial service, the two “didn’t mend the bond at the funeral,” per Us Weekly.

They’re hoping for a different outcome after their reunion today, as they reportedly wanted to “make up” at the event. According to Us Weekly, the birth of Prince Harry and Meghan Markle’s new baby daughter, Lili, has helped change the brothers’ attitude towards reconciliation, and they’re both “ready to move past the rift and have a good relationship again.”

It’s not clear how much progress Prince Harry and Prince William made at the unveiling today, but they put on a united front, and were able to put aside their differences. According to the Daily Mail, the two were seen speaking together just before the unveiling, and apparently have been chatting in the days prior, both about the statue logistics as well as England’s recent football victory. It might not be a full-on reconciliation just yet, but it’s definitely a step in the right direction, and they might be moving even more towards mending their relationship very soon, as they’re reportedly planning on having a private meeting later today. 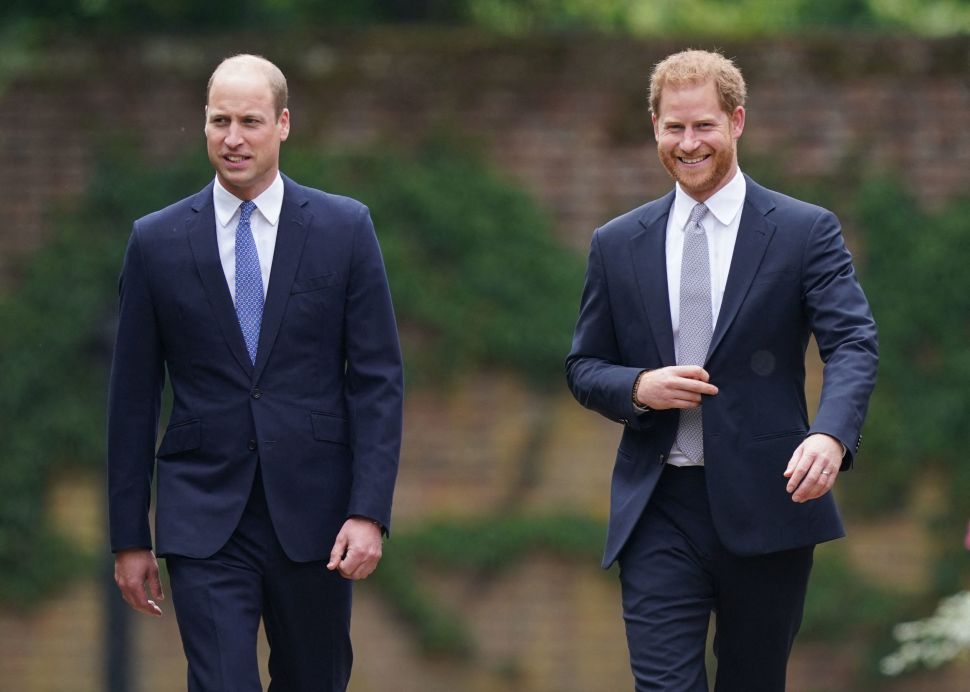