July is going to be a historic month for private space travel. Over the next three weeks, ten civilians, including the world’s richest man, a 70-year-old billionaire and an 82-year-old woman astronaut, are set to fly to space in two private spacecraft made by Virgin Galactic and Blue Origin.

Virgin Galactic, which received the FAA’s approval to launch commercial customers last week, announced Thursday that its next flight, “Unity 22,” will take off on July 11 with six crew members on board, including the company’s founder Richard Branson.

“This July, our dream will become a reality, and we’re really excited to share that moment with you all,” Branson said in a video Virgin released Thursday. The company will livestream the spaceflight on its website and YouTube channel starting at 9:00 a.m. ET on July 11.

“I’ve always been a dreamer. My mum taught me to never give up and to reach for the stars,” Branson tweeted Thursday after the announcement.

I’ve always been a dreamer. My mum taught me to never give up and to reach for the stars. On July 11, it’s time to turn that dream into a reality aboard the next @VirginGalactic spaceflight https://t.co/x0ksfnuEQ3 #Unity22 pic.twitter.com/GWskcMSXyA

The same day, Amazon founder Jeff Bezos announced the fourth member on Blue Origin’s inaugural crewed flight on July 20: the 82-year-old aviation pioneer Wally Funk. Funk will fly aboard a New Shepard spacecraft along with Bezos himself, his brother and the winner of an online auction for the first seat on the flight. July 20 is the 52nd anniversary of the Apollo 11 moon landing.

Funk was one of the 13 women who were trained for NASA’s Mercury program in the 1960s but eventually denied the opportunity to go to space. Now, she will be the oldest person to fly in space, eclipsing the previous record set by the astronaut John Glenn in 1998 when he flew at age 77.

Virgin Galactic and Blue Origin both offer sub-orbital flights designed to carry space tourists to the edge of Earth’s atmosphere for short, thrilling rides. But by volunteering to fly in person, Branson and Bezos are facing very different levels of risks.

Virgin Galactic’s VSS Unity vehicle has been tested more than a dozen times. The upcoming flight will be its 22nd test flight and the fourth with passengers on board. Blue Origin’s New Shepard has never been tested with a crew on board, although the company is confident from previous tests that the spacecraft is perfectly safe.

Another pair of pilots, C.J. Sturckow and Kelly Latimer, will fly the carrier aircraft VMS Eve to haul VSS Unity to an altitude of 50,000 feet (15 km), after which point the space plane will ignite its own rocket motor and head toward a higher altitude.

“When we return, I will announce something really exciting, something very exciting, to give more people a chance to become astronauts, because space does belong to us all.” 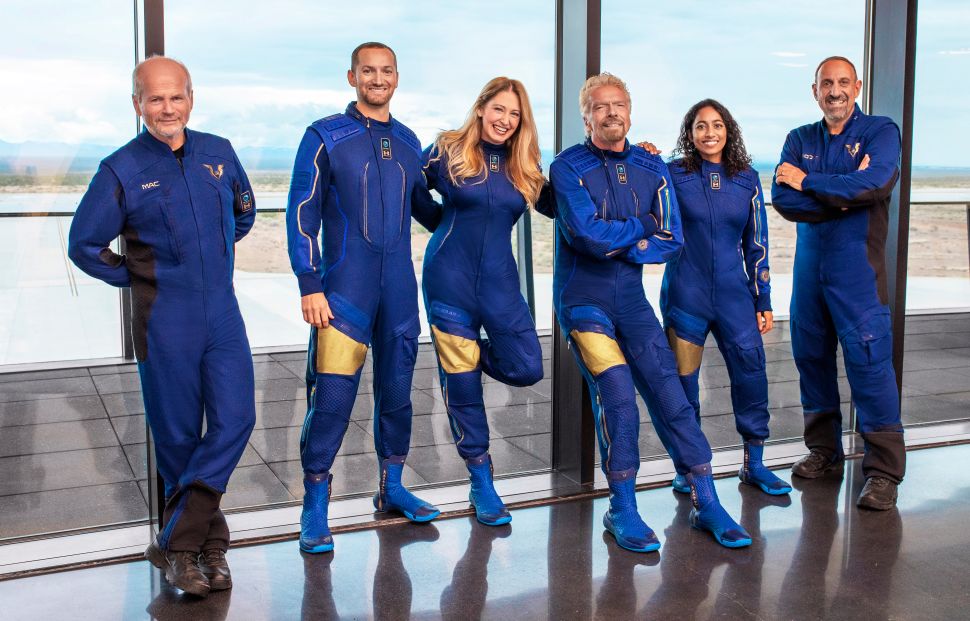