British billionaire Richard Branson successfully traveled to 80 kilometers (50 miles) above sea level on Sunday in a rocket-propelled vehicle made by his own space tourism company, Virgin Galactic. The flight was Virgin Galactic’s first full-crew mission and one of the final tests before flying paying customers.

Sunday’s flight lasted for about 90 minutes. At peak altitude, Branson and his crew mates were seen floating around in a zero-gravity passenger cabin for a few minutes. After landing, Branson held a press conference in Spaceport America in New Mexico. A CNN reporter asked him what advice he would give to Jeff Bezos, whose own spaceflight is coming up on July 20.

“I hope he can have a wonderful voyage just as we had,” Branson responded. “Do your training. It’s important to get your seven days of training before you go. If you know what to expect, you can just sit back and have the ride of a lifetime.”

Bezos is set to fly to 100 kilometers in the sky aboard a New Shepard rocket-spacecraft made by Blue Origin.

Branson had friendly exchanges with his fellow space billionaires ahead of the trip. On Saturday, Bezos posted a picture of a beaming Branson on Instagram with the caption, “Wishing you and the whole team a successful and safe flight tomorrow. Best of luck!”

SpaceX CEO Elon Musk, who hasn’t announced plans to go to space but has repeatedly expressed interest, showed up at Branson’s kitchen early Sunday morning to deliver his best wishes in person.

“Big day ahead. Great to start the day with a friend,” Branson posted on Instagram on Sunday. “Feeling good. Feeling excited. Feeling ready.”

Branson confirmed in a post-flight press conference that Musk knocked on his door at 3:00 a.m. “I’d already been to bed and he still hadn’t gone to bed,” Branson said. “He’s an all-nighter, and our time clocks are completely different. But so nice of him to come all this way to wish us well.”

If you missed watching the live stream of Sunday’s flight, here is an awesome three-minute recap of the historic event. 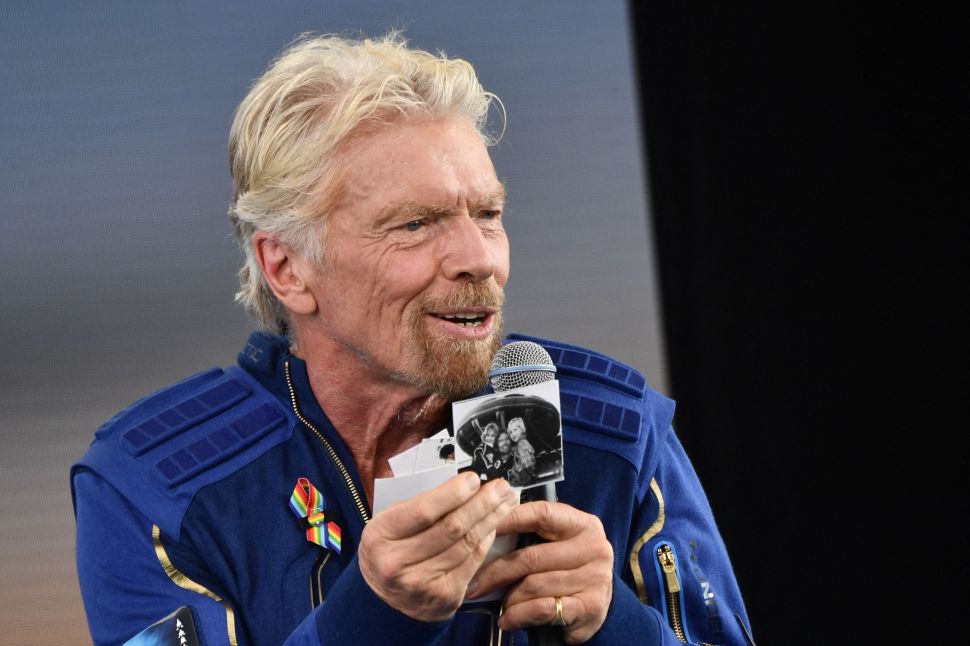