After taking down overhyped electric vehicle startups, battery makers and “meme” stocks, Wall Street’s ruthless short sellers are now after trendy vegan startups whose products and financials all seem too good to be true.

Oatly went public on Nasdaq in late May and through the listing raised $1.4 billion in fresh capital. As of Tuesday’s close, the company was valued at $12 billion. But according to Spruce Point, its real worth could be less than half that amount.

In an investor presentation in June, Oatly executives said the company’s U.S. market had brought in $12 million in revenue in 2018. Citing market data from Nielson and Umgas Magazine, a Swedish publication, Spruce Point claims that Oatly’s U.S. sales were just $6 million in 2018.

Its profit margin is also inflated, Spruce Point says, noting that, when properly factoring in logistics costs, Oatly’s gross margin is about 6 percent lower than what it has stated to investors.

“We observe periods of large divergence in revenue and accounts receivable growth rates at Oatly,” the hedge fund’s report says. “This is a classic sign of potential accounting shenanigans and is often cited as a top red flag to predict accounting scandals.”

“We don’t think any of this is in the narrative at the moment,” Spruce Point founder and Chief Investment Officer Ben Axler told CNBC on Wednesday. “We think this is a strong sell, and the stock price could be 70 percent overvalued.”

Behind the numbers, Spruce Point says Oatly has also been misleading investors about its environmental practices. The hedge fund cited Oatly’s own 2019 sustainability report, which showed that its New Jersey plant was using 55 percent more for every liter of oat base than its facilities in Europe. Yet in its investor presentation last month, Oatly used production data from 2013, before its expansion into the U.S.

Oatly was founded in Sweden in 1994 but didn’t enter the U.S. market until 2016. It makes an oat-based dairy substitute that is particularly popular among coffee drinkers. 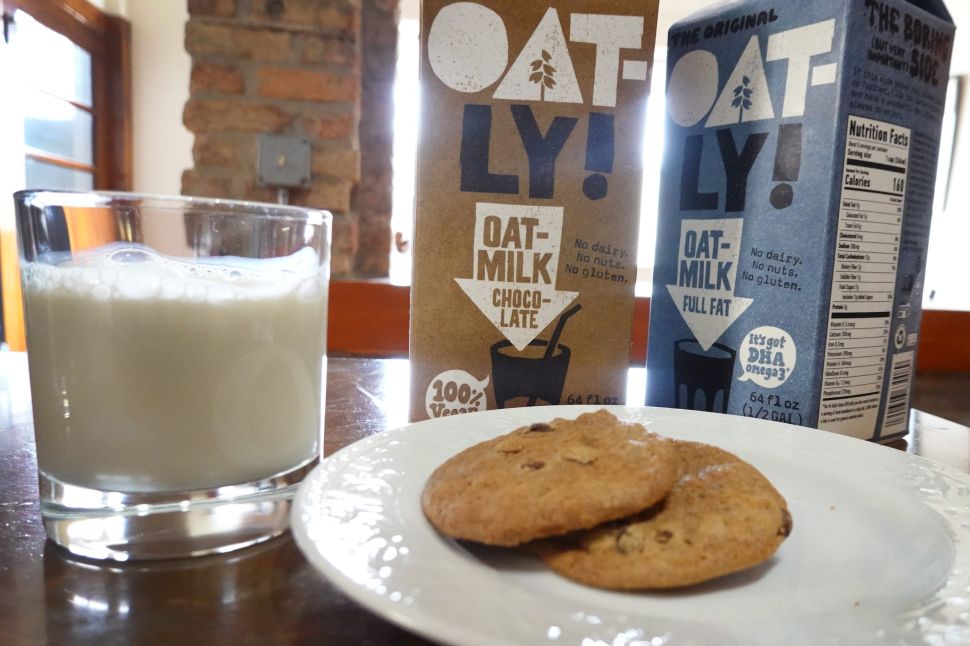