While Netflix developed a reputation for handing out mega-deals to uber-producers and Amazon is working hard to build a vast roster of first-look talent deals, one high-profile creator is staying put at his longtime home.

Breaking Bad and Better Call Saul creator Vince Gilligan has renewed his overall deal with Sony Pictures Television, according to The Hollywood Reporter. Gilligan has been with Sony TV for 15 years as he’s shepherded genre defining hits to the screen alongside Saul co-creator Peter Gould.

“Recently I was talking to my excellent agents (at ICM Partners,) and they reminded me my current deal was at its end. I pondered my options for maybe twenty seconds, then decided to re-up,” Gilligan said, per THR. “It was a no-brainer: Sony is very generous to me, they’ve been a great place to work and I like everybody there, from Tony Vinciquerra, Jeff Frost and Jason Clodfelter on down. Also, having put in fifteen years already, I’m only a decade shy of receiving a gold Walkman.”

The pact is reportedly a four-year extension that is valued in the mid-eight figures. The deal is notable within the context of today’s television landscape due to Sony’s unique position at the moment. Sony Entertainment is the only major studio without an in-house streaming service. This has positioned the company as the biggest content seller in the game just as the global demand for programming pushes studios such as Netflix and Disney to pay lucrative sums for library titles.

Sony Television is one of the premiere producers of small screen content. It’s vast library of contemporary victories stretches from Breaking Bad and Better Call Saul (AMC) to Community (NBC/Yahoo! Screen), Justified (FX), Hannibal (NBC), The Blacklist (NBC), The Boys (Amazon Prime Video), Cobra Kai (YouTube Premium/Netflix), For All Mankind (Apple TV+) and more. Gilligan is a highly successful and valuable creator with a stellar reputation among the cast and crews he works with. Keeping him in-house just as Sony programming becomes more in-demand than ever is a decisive win.

In addition to Breaking Bad and Better Call Saul, Gilligan also wrote and directed the Breaking Bad prequel El Camino, which was shown in theaters and AMC and also now lives on Netflix. He’s also working on a new scripted original series for the studio.

“Our relationship with Vince is extraordinarily rare in this business,” Sony TV heads Jeff Frost and Jason Clodfelter said. “He is an integral member of the Sony Pictures family, an inimitable creative genius in everything he does, and a remarkable friend. He has been instrumental in the success of Sony Pictures Television and words can’t express how elated we are that Vince will continue to create groundbreaking and momentous stories with us.” 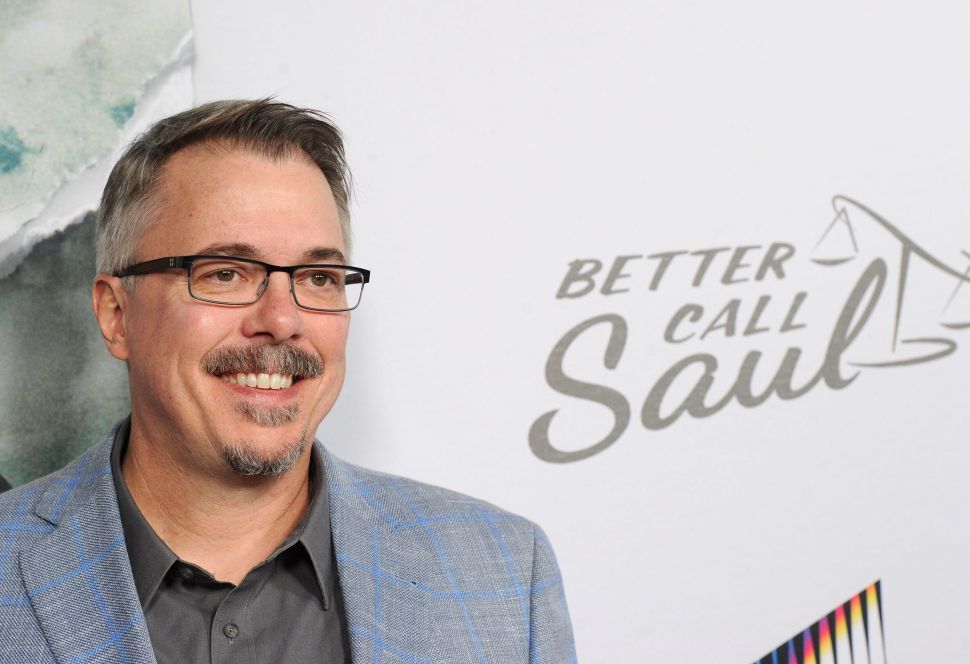