In 2014, a space development team called StratEx launched computer scientist Alan Eustace to 136,000 feet (26 miles) on a space balloon, from which he jumped in a pressurized suit and, 4 minutes and 27 seconds later, safely landed on Earth with the help of a drogue parachute, breaking the world record of the highest altitude free-fall jump.

Fast forward to 2021, the team behind the balloon that launched Eustace to space, led by husband and wife Taber MacCallum and Jane Poynter, are looking to build a much bigger capsule—the size of a football field when fully inflated—to carry regular tourists on a luxurious, six-hour space voyage at 100,000 feet (19 miles) above sea level.

MacCallum and Poynter’s new company, Florida-based Space Perspective, has started accepting reservations for its yet-to-be-licensed space balloon flights, priced at $125,000 per seat. Unlike those hyped billionaire-led space tourism projects that focus on speed and thrill, Space Perspective is all about comfort and relaxation. Its space balloon moves at only 12 miles per hour during ascent and descent. No special training is required before the ride. And the passenger cabin features a bar, a bathroom and huge windows specially designed for sightseeing.

In a recent interview with Observer, MacCallum and Poynter discussed the unique space balloon experience, Space Perspective’s pricing strategy (it’s exactly half the price of a Virgin Galactic ride), and their vision for the future of space travel.

In today’s context of a rocket-based commercial space industry, flying people to space in a giant balloon is surely an unexpected business idea. How new is this technology and how does it work?

MacCallum: The balloon manufacturing technology is pretty well established, actually. NASA has contractors that have made balloons. Our previous company, World View Enterprises, also has made balloons. So, the challenge for us was really to figure out an operation that would be reliable, safe and could be licensed. For example, we chose splashdown as our method of landing. That way, we don’t have to aim for a fixed location on the ground; we just need to move around a recovery ship. It’s very similar to how SpaceX recovers its Dragon capsule in .

What can you see from 30 kilometers in the air?

Poynter: It’s going to be insane! We launch from the Kennedy Space Center. It takes about two hours to get to the 30 km altitude. During the ascent you’ll be able to see as far as 450 miles in every direction. So you’ll see the entire Florida peninsula, the Bahamas down through the keys over into the Gulf of Mexico. At peak altitude you’ll see the total blackness of space and at the same time the curvature of Earth—that iconic, thin blue line that astronauts always talk about.

Could you see the balloon from the ground?

Poynter: Yes, you can! During our Neptune One flight, when the balloon reached peak altitude, you could see it clear as day. Actually, if we launched multiple flights on the same day, people in those balloons would be able to see each other in the sky just 20 to 30 miles away. That would be a crazy thing.

How are space balloons regulated?

MacCallum: We’re regulated exactly the same way as Virgin Galactic and SpaceX. We will need a launch license from the FAA. Now, we’re working with them on our concept of operations. There are some modifications we have to do because, of course, those regulations were conceived with rockets in mind and we have a balloon. So there’s a bit of translating needed.

One thing that stood out to me is the ticket price you charge. A ride on Space Perspective costs exactly half a seat on a Virgin Galactic spaceplane. What’s the thinking behind your pricing strategy?

Poynter: We want this to be the most accessible way to go to space. Not only physically, but also financially. Clearly, $125,000 is still not quite approachable for everybody, but it is certainly tremendously cheaper than going on a Virgin flight or any other space company’s.

When you look at market studies, they show that when price falls to around $100,000, the market is gigantic. The total addressable market for suborbital flights is anywhere from $250 billion to $700 billion, depending on which study you look at. You are just never going to run out of customers.

I’ve heard some Virgin Galactic analysts say Virgin is aiming at people with net worth over a certain threshold. What about Space Perspective? Do you have a customer profile?

Poynter: I think it’s very clear that our early adopters will be people who have always dreamed of going to space. Then, those early adopters will bring other people along. With the very gentle and smooth experience we are offering, people will be taking their friends and family on the trip. We’ve got customers who’ve bought up entire capsules for group events. Some even want to do weddings in our space balloon.

Do you see Virgin Galactic, Blue Origin or SpaceX as competitors?

Poynter: I think the true answer is, at this moment, no. Our experience is completely different. In fact, some of our customers already are Virgin customers. Because of operational constraints, demand is going to outstrip all of the industry’s ability to fly people for a long time.

MacCallum: I actually think we are going to be much more cooperative than competitive. Somebody who’s had the four-minute rocket ride would come down and say, “I want to do this again for hours,” and then they would do ours. Or vice versa.

We are already very cooperative now in the regulatory area. We’ve been working with SpaceX and Blue Origin, doing weekly calls to discuss safety issues and regulatory issues and share lessons learned.

What do you think commercial space travel will look like in five years?

MacCallum: I think going to space will be more and more like going to Europe. It will be one of those commonplace things that everyone knows someone who has done it. 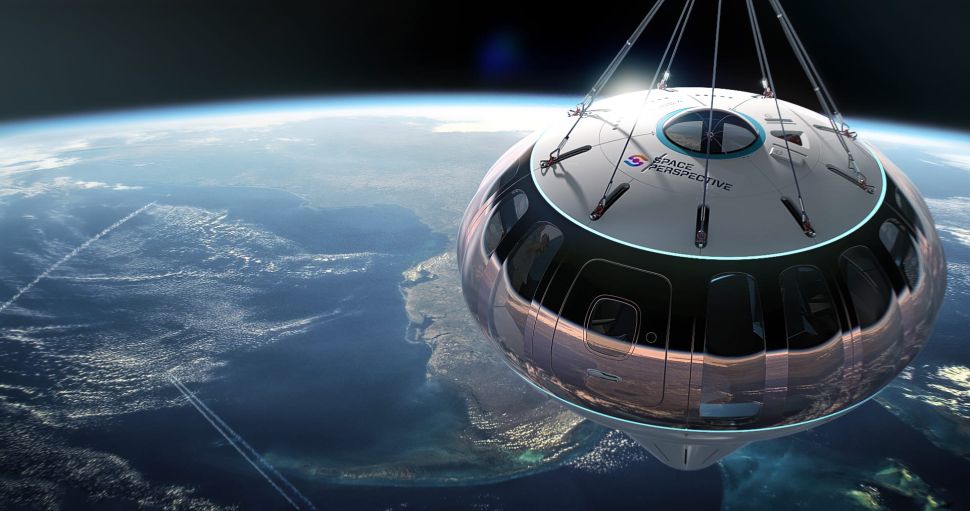