SpaceX is aiming to launch its next big test this month with Starship, the spacecraft designed to fly humans to Mars. The company successfully launched a Starship upper stage prototype (SN15) to 10 km (6.2 miles) in the sky and landed it in one piece in May. The next flight will be launching the next-generation upper stage (SN20) on top of a giant booster called Super Heavy to the orbital altitude of at least 160 km (100 miles).

The booster-spacecraft combo will be of unheard-of scale. On July 1, SpaceX CEO Elon Musk tweeted two photos of the Super Heavy standing at the Starbase test site in Boca Chica, Texas. The booster alone is 230 feet (70 meters) tall, roughly the size of the Statue of Liberty. With the 150-feet-tall upper stage attached, the whole stack will stand nearly 400 feet (120 meters) tall, making it the largest rocket ever built to go to space.

“Will look pretty wild with a ship on top,” Musk tweeted about the booster.

Lifting this behemoth off the ground will require tremendous thrusting power. Musk tweeted on Sunday that SpaceX plans to install 32 or 33 Raptor engines at the bottom of Super Heavy to provide up to 230 tons of thrusting power. The previous Starship prototypes used for high-altitude tests only had three Raptor engines.

SpaceX eventually wants to make both the booster and the upper stage fully reusable. But initial tests will focus on reaching orbital altitude.

According to SpaceX’s flight plan submitted to the Federal Aviation Administration, the Super Heavy-SN20 combo would lift off from Starbase and soar toward Earth’s orbit in one piece. After that, the booster would turn around for descent and land in the Gulf of Mexico off the coast from Boca Chica, while the upper stage would go into orbit for a little while before splashing down in the Pacific Ocean near Hawaii. 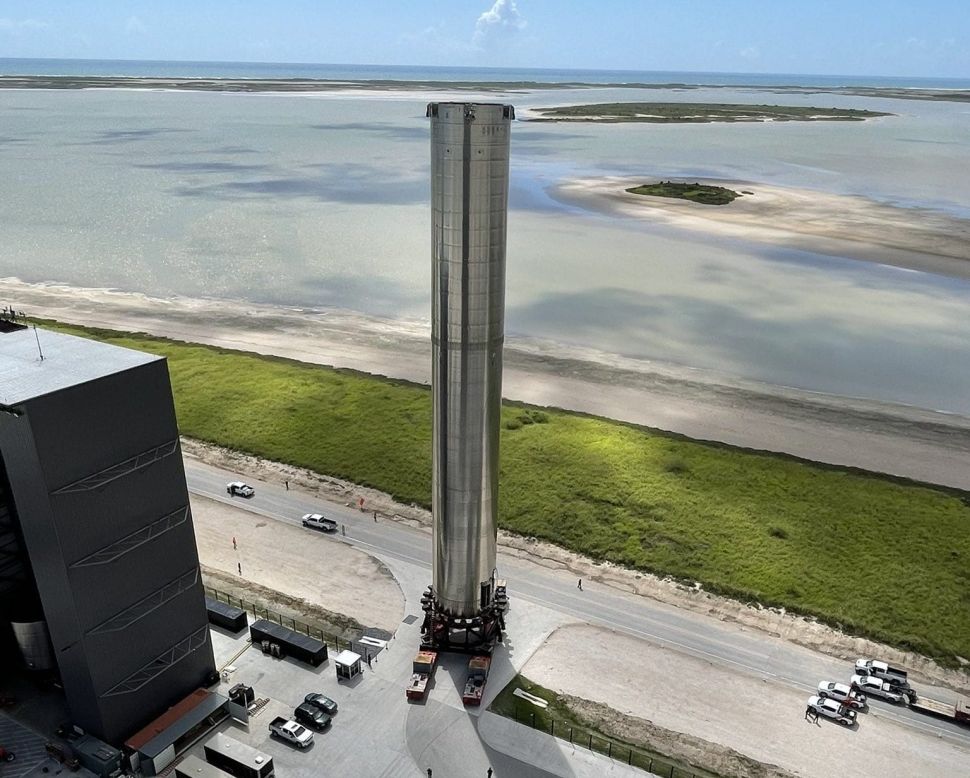