Considering its impeccable credentials, I find myself doubly disappointed in the eagerly awaited but flawed new film Stillwater because (1) I expected so much more from director Tom McCarthy, who won an Oscar for the brilliant, unforgettable Spotlight, (2) it stars the always reliable Matt Damon, and (3) it is intelligent enough that it ought to be better.

Based on the harrowing story of Amanda Knox, the American student in Italy who was falsely accused and convicted in 2007 of killing her roommate (and later exonerated), Stillwater plays loose with the facts of the case and shifts the narrative focus to the girl’s father. It took Mr. McCarthy and three co-writers to dilute the headlines and distill the scandal into a dull, unwieldy screenplay crowded with irrelevant details. The alleged American killer, who protests her innocence, is now a girl from Stillwater, Oklahoma, named Allison, played by a hugely miscast Abigail Breslin, who has outgrown every whisper of the charm she once displayed in Little Miss Sunshine. But the focus is not on Allison, but on her long-suffering father Bill.

Heavily researched by a rapidly maturing Matt Damon, replete with beer gut and graying hair, Bill Baker is an unemployed oil rig driller with enough problems of his own to fill a dozen soap operas from the American dustbowl: a tattooed roughneck whose wife committed suicide, and a recovering alcoholic and former drug addict who couldn’t vote for Trump because he’s also a convicted felon. He feels things, but as an uneducated, typically compromised American male, he doesn’t show his feelings or articulate them coherently. It’s easy to see why he travels back and forth from Stillwater to Marseille to help his estranged daughter, innocently imprisoned in a French jail for murdering her girlfriend. Or so he thinks.

It takes nearly the length of the film’s runtime for Bill to learn the true details of a case the French authorities refuse to re-open, and in the interim, director McCarthy crowds a huge surfeit of material into a very small plot, while Bill sweats and strains to find the boy who was the only witness to what really happened at the crime scene. Unable to speak French and rejected by everyone to whom he appeals for help, Bill shifts gears and moves to Marseille where he supports himself with random construction jobs and falls in love with Virginie (played by Camille Cottin), a French actress and single mother, and becomes the surrogate dad to her 9-year-old daughter. Along the way Stillwater turns into a domestic drama that begins to feel annoyingly contrived. It’s not a movie in which all of the fragments fit comfortably, and the ending, set back in Oklahoma, is a total disaster.

Stillwater is a structural mess, but to be fair, it has moments of keenly observed honesty, and the actors are fully believable. But its attempts to engage the viewer’s emotions are forced and ineffectual. It would have served the factual material in the Amanda Knox case better if the script had simply told the story as the mystery evolved instead of padding it from a fictional character’s point of view. We occasionally empathize with Bill’s affections for the women around him (he doesn’t like any of the men), because McCarthy says we should, but he provides no evidence of why we should. With little action, no suspense and an ending that fails in every way, Matt Damon is the only thing memorable about Stillwater. 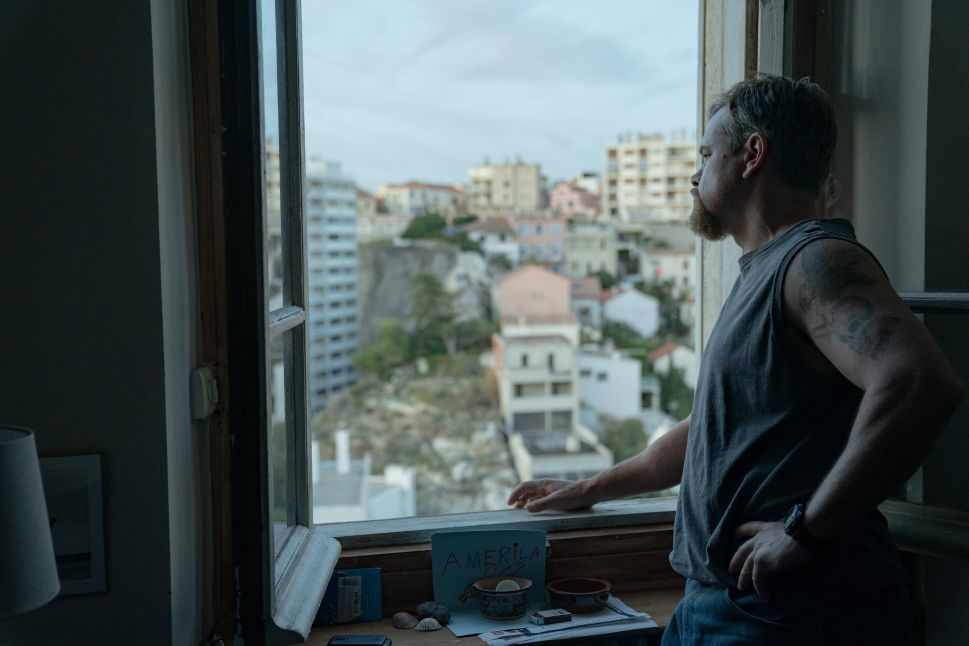