On Friday, bidding will begin at a Sotheby’s auction that consists of a trove of letters, photographs and miscellaneous personal items that belonged to or were crafted by Sylvia Plath, the extraordinary midcentury American poet whose treatises on abject femininity have bewitched generations of writers. Some of the most noteworthy lots in the auction are Plath’s adoring love letters to her husband, fellow poet Ted Hughes, whose eventual affair with Assia Wevill catapulted Plath into abject despair. Plath has also alleged that Hughes was physically and emotionally abusive to her, but the letters up for sale carry none of these eventual sources of torment.

Rather, her correspondences offer gleaming windows into her terrifying intellect, which was as probing and deconstructive as it was witty. “I find God hideously conceited,” Plath writes in one such letter before eventually expressing to Hughes how much she misses him. “Every time you want to argue with the apostles, the saints, about the origin of evil (my favorite black sheep which even drove Augustine almost wild), they blind you with some hocus-pocus about God’s inscrutability.”

The item in the auction that’s anticipated to sell for the highest price is a photo album assembled by Plath that includes 92 photographs of her family life with Hughes and their children; it’s estimated that the album will go for between 30,000 and 50,000 pounds. In the photos, the poets flit around Cambridge and Cape Cod, as well as Yellowstone National Park and the Grand Canyon. Elsewhere in the auction are the couple’s wedding rings, as well as a deck of tarot cards that belonged to Plath. She was very interested in tarot and included her thoughts on the practice in her letters to Hughes.

The items in the auction were made available by Frieda Hughes, who’s one of the couple’s children. 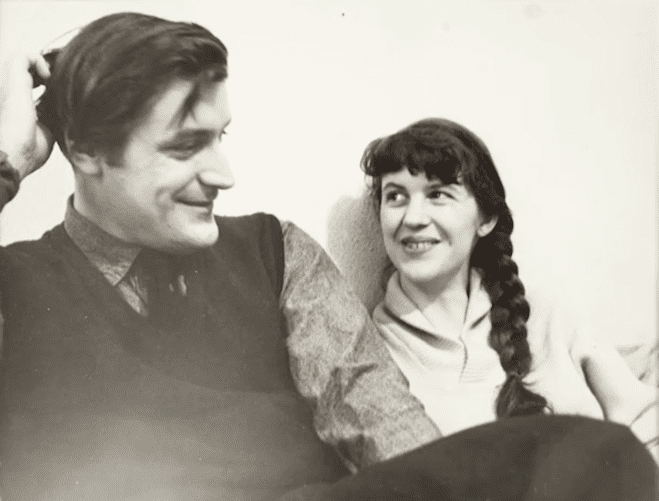