Apple TV+’s Ted Lasso thrives because of its central tenet of eager acceptance.

The conflicts within the series aren’t derived from the dividing lines created by society such as race or the manufactured soap opera drama of cheating spouses (aside from Rupert). A multi-national soccer team isn’t threatened by ethnic opposition, crime, or violence, but good old fashioned male insecurity, ego and stubbornness. The show has always been more concerned with small and relatable stakes that don’t concern themselves with outmoded ignorance or drawn out theatrics. It’s one of many reasons why Season 2 is able to match Season 1’s flowing river of feel good warmth over the first six episodes provided to critics.

Season 1 was grounded in its focus on whether or not the team remains in the Premier League, the unsure footing of Ted’s marriage, Rebecca’s broken heart, and other character-centric arcs. Creators Bill Lawrence, Jason Sudeikis, Brendan Hunt and Joe Kelly, along with the writer’s room, did a masterful job with pacing and strong story command. In any other show, Keely’s (Juno Temple) admission to Roy (Brett Goldstein) last season that she slept with Jamie (Phil Dunster) would have been drawn out across a multi-episode arc. Instead, the Diamond Dogs help to wrap it up in one episode that is really about friendship, self-reflection and maturity, and the difficulties in accepting all into our lives.

Season 2, freed from the shoe-dropping tension of Rebecca’s subterfuge with Ted, opens with AFC Richmond having endured seven straight draws to start its new season. But what happens on the football pitch has never been as vital to Ted Lasso as what happens in the locker room between its characters. The new season builds on the show’s healthy interpersonal dynamic by revolving around individual quests for self-understanding and improvement. AFC Richmond brings in a sport psychologist (played by Sarah Niles) this season, which provides both a humorous foil and a cheeky route to externalize character feelings and observations.

Jamie is learning to let go of the selfish, self-destructive man he was last year in an attempt to become a better person. Roy is suffering an identity crisis as he struggles to define himself outside of football while his relationship with Keely deepens. Rebecca (Hannah Waddingham) realizes she needs to be brave enough to allow herself to be vulnerable again as she searches for love. Nate (Nick Mohammed) challenges himself to be more assertive and push forward in his own life. And Ted, the eternal optimist, must learn to be honest enough with himself to acknowledge that even he needs help and support. All don’t just recognize a need to be better, but a desire to be as well.

The emotional intelligence of Ted Lasso remains remarkably high. It’s what continues to elevate the series above common feel-good stories, which are often given a pass by audiences to exist as middle-of-the-road creations that opt for simplicity over nuance. But Ted Lasso is a more aspirational entry in this specific lane of storytelling. When conflicts can be created from cultural perspectives, such as Nigerian native Sam’s (Toheeb Jimoh) understandable distaste for American colonialism, instead of script mechanics, and then resolved immediately thanks to a guiding empathy and humanity, you know you’ve created something special.

In the opening minutes of the new season’s first episode (“Goodbye Earl”), Ted eloquently espouses on how life and death can make us better people, evoking the heightened dramedy of Lawrence’s Scrubs. The episode also carries a reminder to avoid blanket assumptions as “all people are different people” as well as the insight that “intimacy is leaving yourself open to being attacked.” Pearls of wisdom deployed as easily digestible sitcom bites. Episode 4 (“Carol of the Bells”) combines the cheer and warmth of the time-honored Christmas episode with the, well, cheer and warmth of Ted Lasso. Episode 5 (“Rainbow”) is a perfectly full-hearted send-up of romantic comedy tropes with LOL moments that snap into place with character dynamics. Cinephiles will love it.

In reaching for a criticism of this relentlessly upbeat season so far, it’s the over-reliance on Ted’s folksy witticisms. There’s a conversation early on in the season in which he uses three similes and metaphors back-to-back-back. The show has never been about traditional setup-punchline jokes and this personality tic substituted for that humor in Season 1. But after the umpteenth usage in Season 2, it begins to feel a tad cloying. Still, that’s far from a fatal flaw.

By embracing the river of acceptance, Apple TV+ has found a new flagship series in Ted Lasso. The streamer won a heated bidding war for The Morning Show with a two-season, 20-episode straight-to-series order that reportedly cost them $300 million. But its debut season was met with lukewarm reactions. Meanwhile, Ted Lasso earned an early second season renewal with additional episodes and a third season renewal before Season 2 even went into production after it became a full-fledged pandemic phenomenon. Even removed from the confluence of factors that transformed it into a much-needed catharsis, Season 2 is just as intoxicatingly optimistic and open-minded. 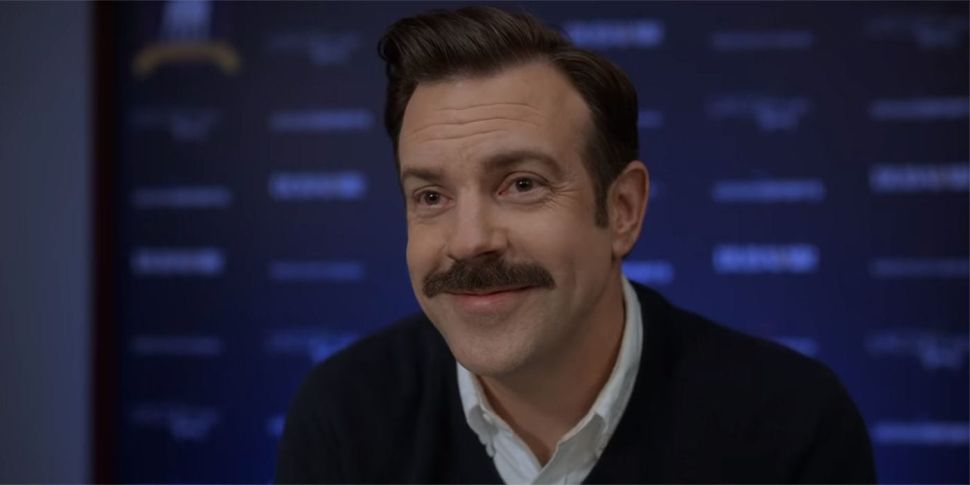