“Tell me a tale of self so that I may know thee,” King Arthur (Sean Harris) says to Sir Gawain (Dev Patel) in a reedy whisper. But Sir Gawain, a young man of appetites fettered by apathy and unsure of his true self, has none to tell. Yet. And thus, the catalyst for David Lowery’s The Green Knight, a new interpretation of the original 14th century Arthurian poem Sir Gawain and the Green Knight, is born.

One of Film Twitter’s most anticipated titles finally arrives July 30 after more than a year of delays and 1,000 years since the original text first surfaced from an unknown author. Much like the hotly debated source material, The Green Knight is sure to spawn ample interpretations and readings, likely conflicting with one another. Meaning and significance abound in this dark fable and alternative legend, though they are deeply embedded in esoteric symbolism and allegory. Cryptic, ambiguous, yet undeniably cinematic, The Green Knight is at once both striking and confounding, and nearly entirely enthralling.

Lowery’s off-kilter fantasy tells the story of King Arthur’s reckless and headstrong nephew, who embarks on a journey of self-discovery and quests to prove his worth after making a mortal pact with the eponymous Green Knight (Ralph Ineson), a massive emerald-skinned stranger and tester of men. Those expecting an Arthurian sword-and-sandals battle epic will be sorely disappointed. Instead, Lowery has delivered a dense, sensual, almost dream-like tale of chivalry, magic, temptation and transformation.

Lowery and cinematographer Andrew Droz Palermo (A Ghost Story) unspool the most stunningly gorgeous film since the Oscar-winning Blade Runner 2049. The pair are in full command of every millimeter of the screen with an immaculately realized vision. From emaciated forests cut down by man, curdling smoke emanating from freshly cooling battlegrounds, skeletons and rotting corpses, it consistently reminds viewers of the barren vastness we all return to. A sense of completion courses through The Green Knight‘s frames, the inevitability of all constantly catching up to us.

The film is deliberately vague in meaning, leaving the audience to arrive at their own conclusions while shifting between rhythmic stillness and a nearly manic unsettling energy. This curious critic landed on two specific takeaways above all others. First, that acceptance of our own mortality unlocks humility, and that humility provides perspective. The hero’s journey is only heroic if we are willing to sacrifice in order to be changed for the better. This is how a young man can unlock the greatness within him.

Second, the aging Arthur and his aspirational kingdom of Camelot represent a pinnacle of known civilization, while the Green Knight is nature incarnate deeply rooted in the old world. Humanity’s progress comes at a cost, further separating us from our natural origins. Mother Nature is ever-present in the background of our (sometimes myopic) journeys for self-actualization, both on an individual and societal level. There are more themes and messages bounding about this enigmatic coming-of-age tale, many rooted in the conflict between Christianity and Paganism and a deconstruction of both ancient and modern masculinity. But these focuses rise to the top of this bubbling cauldron of cinematic storytelling.

Every member of the cast brings a singular flavor to the proceedings. Patel imbues this young man born into privilege with a likable sheen even as he flits about his life with unearned purpose. His mother, Morgan le Fay (Sarita Choudhury), takes on a more prominent role shaping the story as a cunning catalyst for its evolutions. Alicia Vikander is once again luminous, pulling double-duty here in tempting roles. The Lord (Joel Edgerton) teeters on the edge of expectations. The Green Knight revolves around a game nearly everyone except Gawain appears to be in on.

Despite The Green Knight‘s opaque obscurity and scattered whims, there’s a clear beginning, middle and end structure that crescendos with a scintillating third Act. Nobility, generosity of spirit and gallantry may not hold as much significance in a contemporary world. But Lowery and company force the issue with a deft touch that manages to bridge the gap between the eons of separation. By the end, Sir Gawain has found the tale that will define and drive him so that history may know thee. 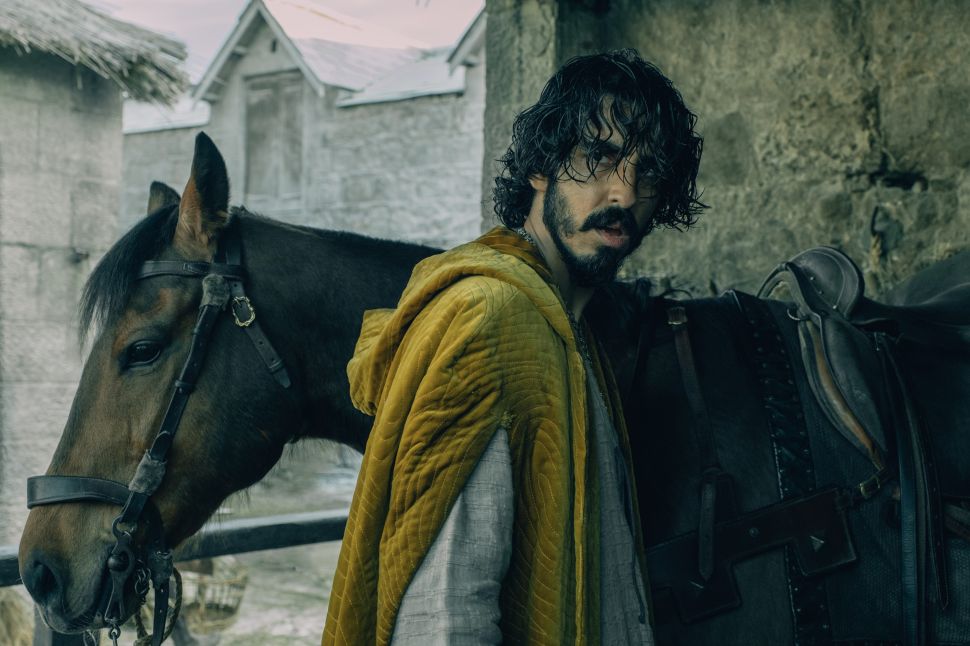