This week, the Greek construction worker who was arrested upon confessing to stealing paintings by Picasso and Mondrian gave extraordinary testimony to the police regarding how and why he committed the crime. After snatching the artworks from the National Gallery in Athens, the thief, George Sarmantzopoulos, stowed them away in his home for nine years before moving them, first to a warehouse and then to a ditch in a gorge. With the thief’s aid the paintings were eventually uncovered and displayed by the police, who dropped one of them. In his confession, Sarmantzopoulos implied that the paintings bewitched him so completely he could no longer control the urge to possess them.

Sarmantzopoulos also apparently posted on Twitter using the name “ArtFreak,” and his comments about the theft certainly back up the use of this particular moniker. “I made constant visits to the National Gallery and became acquainted with the works and the space until I believed that one of them could become mine,” Sarmantzopoulos said to authorities. “These thoughts tormented me for about two years and led me to make the biggest mistake of my life.”

Like any thief worth his salt, the construction worker staked out the museum for months, learning how the space was oriented and observing the movements of the guards. He also accumulated the tools that would be necessary in order to carry out the theft. In the end, however, the date he chose to carry out the theft ended up being random. Sarmantzopoulos approached the museum at night and perched on a balcony, but quickly his plan hit a snag. “As soon as the balcony door moved a little, a beep sounded, which I realized would alert the security guard,” he said.

“At first I thought that I would not be able to get into the space with the exhibits,” the thief said; he retreated for a walk. “Twenty minutes later I returned to the same place. I opened the balcony door, which was indeed unlocked, heard the beep, went inside and closed it again.”

Once inside, Sarmantzopoulos was able to complete the task that had been calling to him for years: “I got up and found myself in front of the painting by Picasso. I removed it from the wall with the frame, which was heavy, and left it on the edge of the stairs and I took another painting by Mondrian while I removed one more. It took five to seven minutes to remove the frames because they did not fit in the bag.”

Over the years, the theft went undetected until Sarmantzopoulos decided to dispose of the paintings. However, he did make one slip-up: “At one point I confessed to a girl I had a relationship with in England that I had the paintings,” the thief said, “but she didn’t believe what I said.” 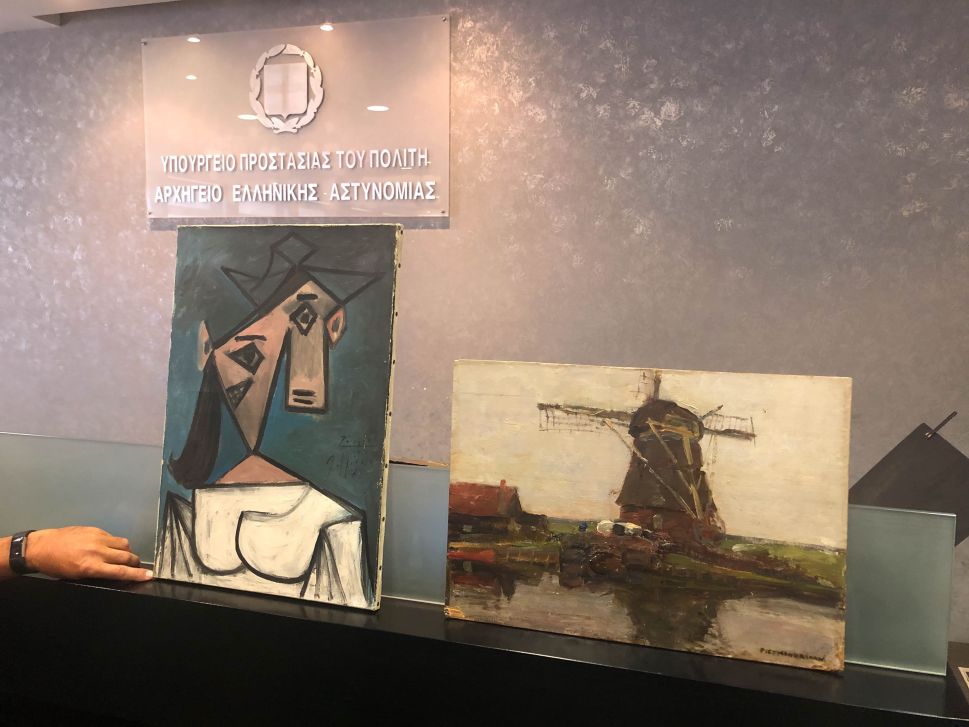