Cannes rarely showcases documentaries in high-profile slots. But when they do, there’s a reason. The festival’s first full day of screenings climaxed with an evening black-tie world premiere of The Velvet Underground, giving the Apple Original Films production an Out of Competition berth in the 2,300-seat Grand Théâtre Lumière, the largest theater on the Croisette. And it rocked.

A sonic-boom look at a seismic band, The Velvet Underground dissects one of the most influential 1960s musical acts with dizzying visual flair and a structural academic rigor refracted through a showman’s prism. Todd Haynes has created a loving, illuminating portrait of a subcultural supernova which helped transform the playful sexuality of rock n’ roll into a deeper, darker well of longing, alienation and desire. “That weirdness, it shouldn’t have existed in that space,” one interviewee explains. Brian Eno once said that the Velvets’ first album only sold 30,000 copies, but everyone who bought it started a band. This rock doc unpacks that aphorism brilliantly.

Don’t expect behind-the-music scandals, petty grievances and he-said she-said jibes. Sure, the group that Lou Reed and John Cale formed in 1964 had all that and more. Witness Reed’s walks on the wild side running up to 125th St and St. Nicholas Ave to score some Harlem heroin, or how he admits that if his gay encounters weren’t degrading and hot, then they didn’t qualify as sex. But these are meant to be insights into his creative process, not embarrassing tabloid fodder. Haynes isn’t shilling gossip. His version of sensationalism is watching avant-garde explorations of natural harmonics folded into mainline music.

Haynes, queer postmodernist and alt-melodrama master of such modern classics as Safe, Far from Heaven, and Carol, has made his name crafting impeccably rendered portraits of homosexuality and — more urgently — identity. Twice before in fiction films he’s explored the music scene, with the bittersweet glam-rock romance Velvet Goldmine and the brilliantly refracted all-star Bob Dylan biograph I’m Not There. But this is Haynes’ first time as a feature-length documentarian, and his approach is just as surprisingly conventional as it is predictably outré.

Talking-head interviews dominate, but so do Andy Warhol’s Screen Tests, his 16mm silent portraits whose static, unblinking duration famously conjured surprising vulnerabilities. Adopting Warhol’s Chelsea Girls split-screen aesthetic, Haynes runs those screen tests alongside archival footage and audio recordings. So we hear the voice of Reed, who died in 2013, while his twentysomething celluloid image stares at us with an uncomfortably prolonged stoicism. The approach is evocative, unsettling, thrilling.

The Velvet Underground explores the push-pull dynamic between ravenously ambitious Reed and devoted experimentalist Cale. “I’m going to be rich and I’m going to be a rock star,” Reed told one of his school friends, as the rebellious, resentful, insecure Long Islander, a self-taught guitarist whose vivid lyrics drew inspiration from Rimbaud and Baudelaire, be-bopped from NYU to Syracuse University to the Lower East Side. Cale, fresh from Wales, was an eager disciple of composers like John Cage and La Monte Young, exploring hypnotic drones — specifically the 60-cycle hum that pervaded the industrial equipment of western civilization. The two of them clicked, and rock was reborn. “It was all about extended time,” says film critic Amy Taubin, Warhol Factory visitor and VU devotee.

Warhol’s interest in the band was part of his larger shift away from the art that made him famous and towards more multi-media spectacles like the Exploding Plastic Inevitable, which wed his interest in film and music. A de facto impresario, Warhol got the Velvets their record deal with Verve, adding chilly German chanteuse Nico to the mix, and even designed the famous banana album cover to help boost their sales (a strategy that never really worked for their decidedly non-commercial output).

Guitarist Sterling Morrison and drummer Maureen Tucker rounded out the band’s core line-up, although time and tensions inevitably shook up that membership. Their output — “I’m Waiting for the Man,” “Venus in Furs,” “Pale Blue Eyes,” “All Tomorrow’s Parties,” “I’ll Be Your Mirror,” and “Sweet Jane” — was jaw-dropping in hindsight, ahead of its time and profoundly sophisticated both musically and lyrically. Haynes’ great contribution is to contextualize this catalogue, showing how the febrile intellectualism and sexual expression of 1960s New York was the catalyst for such a sui generis rock group. “We aren’t the subculture or the counter-culture,” says one interviewee about that time. “We are the culture!” 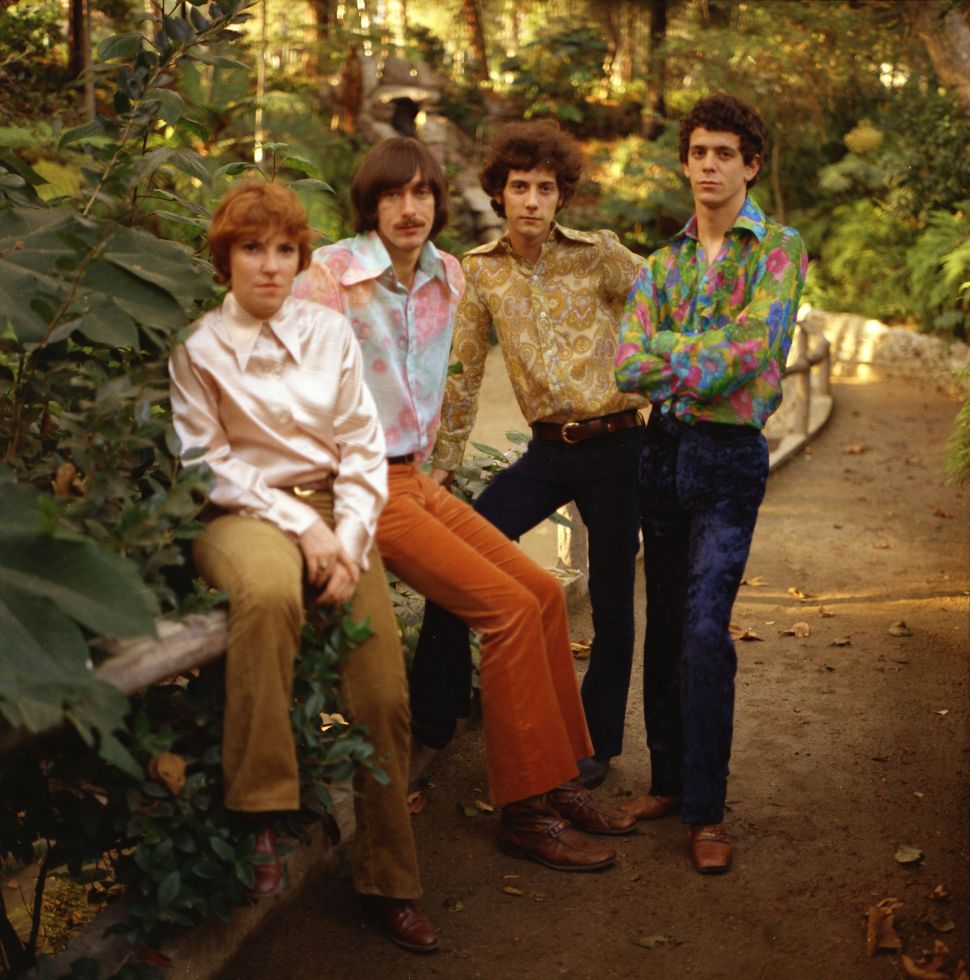