For many high school seniors and their families, it boils down to simple economics. Even after factoring in the higher costs of travel, the all-in cost of studying at most European universities pales in comparison to the costs of attending college in the U.S.

“With just a handful of exceptions, across continental Europe, $10,000 a year is pretty much as high as it gets as far as tuition—and most are a lot less,” remarked Jennifer Viemont, a Lisbon-based American who runs Beyond The States, an online resource and full-service consultancy that helps match American teenagers with European-based undergraduate programs. “That’s quite a bit less than most state schools and a mere fraction of what it costs to attend the top American colleges and universities, which top out at over $60,000 a year in tuition. Throw in room and board, travel, books and extras, and you could easily spend $75,000 a year in the U.S.”

That is $300,000 after four years, and graduates need to make very good incomes to get a decent ROI on that type of investment. For those who enjoy finance and are among the lucky few accepted into JPMorgan’s first-year analyst program, which now pays a base salary of $100,000 a year, it may pay off. But for those studying less high-octane-paying professions such as the arts, humanities and, ahem, journalism, $300,000 might leave them straddled with debt for decades after graduation.

“For many families looking at hundreds of thousands in debt after a four-year education, fortunately, there are other options,” Viemont said.

According to the Beyond The States database, there are over 2,000 English language undergraduate programs in Europe, excluding the U.K. and Ireland. From Sweden and Czech Republic to the Netherlands and Spain, European universities have been offering a robust array of undergraduate courses taught in English for decades, principally aimed at attracting students all over the world. But it is really in the last few years that those universities have seen a rapid uptick in the number of matriculating American students.

“My daughter, Liza, who just completed a four-year combined master’s and undergraduate degree program at the Anglo-American University, said she that she noticed that the percentage of U.S. students was growing dramatically with each successive incoming class,” commented Laura Miezejeski, who runs a landscaping business with her husband in Deep River, Connecticut. Both of Miezejeski’s two children are doing their undergraduate and graduate studies in Europe.

“It’s certainly a growing trend, but it’s still early days,” Miezejeski said. “By and large, high school career counselors across the U.S. are still ill-equipped to support students looking for college options beyond the U.S. But soon it will reach the tipping point, and it will be as common as going across the country to study.”

She added, “When you look at the economics and the cultural benefits of studying in Europe, it’s kind of a no-brainer.”

Americans In Europe Are On the Rise

There are few reliable statistics on the exact number of U.S. high school graduates who opt to study in Europe, largely because high schools either don’t record such data or categorize non-U.S. school choices as “other.”

But for John Addrizzo, the President of New Jersey-based RightFit Educational Consulting, a college admission counseling service that helps students apply for top schools worldwide, the trend is unmistakable.

“Over the last few years, I have seen a greater number of my clients interested in exploring educational options outside of the U.S. The most popular international options have been McGill University in Montreal and the University of St. Andrew’s in Scotland,” Addrizzo said. He noted that although McGill and St. Andrew’s are as expensive as U.S. schools, in recent years he has seen budding interest from families in exploring far more cost-effective options such as John Cabot University in Rome, Stockholm University, and Maastricht University in the Netherlands.

Miezejeski’s daughter is enrolled at Anglo-American University in Czech Republic, which costs about $3,500 a year in tuition and $4,000 in living expenses.

“All in, we were well below $10,000 a year including two trips home a year,” Miezejeski said. Even better, her daughter was able to offset some of her living expenses by running a blog site and a modestly successful TikTok account (with over 200,000 followers) in which she details her daily travails as an American student living in Europe.

Miezejeski’s son, Macklin, is a sophomore at Leiden University in the Netherlands. Although his tuition costs and living expenses are higher than her daughter’s ($14,000 a year), they are still significantly lower than most state schools in the U.S.

For high-achieving students who want to experience the best of what U.S. colleges and foreign schools have to offer, some have opted to apply for the highly selective World Bachelor in Business, a unique program that rotates student through successive years at the Marshall School of Business at the University of Southern California in Los Angeles, the Hong Kong University of Science and Technology, and Bocconi University in Milan, Italy.

Parents need to be emotionally ready for the topsy-turvy nature of having kids living overseas. Veronica Katz, a senior executive at a payment technology company, can speak from experience. Katz’s daughter, Amy, is entering her fourth year in the World Bachelor’s program.

“Amy spent the majority of her sophomore year in Hong Kong, which coincided with when the historic riots and protests were heating up,” Katz recalled. “Then, her junior year in Italy placed her at one of the early hot spots as the global pandemic began to rage through the West.”

“Although I would expect that most kids studying overseas will not necessarily have to face all the things that Amy was forced to endure,” she added, “both parents and their children need to steel themselves for some of the uncertainties that come with living abroad. It may not be for everyone.”

Closer to home, my own 16-year-old daughter, Bella, who will be a junior in high school in the fall, has been talking a lot about doing her undergraduate studies in Europe. Out of the blue, amidst the darkest days of COVID-19 lockdown, which had sealed her off from almost all physical contact with the outside world, she announced that, should her budding music and singing career not take off in a way by the time she graduates from high school, she would be going to college in Europe.

Admittedly, as a proud Georgetown University School of Foreign Service graduate, I was somewhat deflated to learn that my daughter wouldn’t be following in my footsteps. But having gone abroad to get my own master’s degree in economics (I studied at the UNICAMP in Brazil), I know that there are many benefits to studying overseas.

Although she vehemently denied it, I could only guess that all that extra “family time” that was a product of the pandemic made her want to get as far away from mom and dad as possible. But the underlying truth is that my daughter isn’t the type of girl who dreams of frat parties, keg stands and Saturday football the way many American high schoolers do when they think about college experience. She has always had a certain wanderlust. For her, wanting to chart her own sui generis course after high school makes sense. I plan on taking her to visit colleges in the Netherlands, France and the Czech Republic next summer.

“There has always been a long tradition of high-achieving Americans—think Rhodes Scholars—of studying in the U.K. But now it’s going mainstream, and its moving from the U.K. to Europe,” Beyond The States’ Viemont observed. “Today, it may seem to be a somewhat unorthodox choice, but five or six years from now, I think Americans choosing to study in Europe for their undergraduate degrees will be somewhat commonplace. Even unremarkable.” 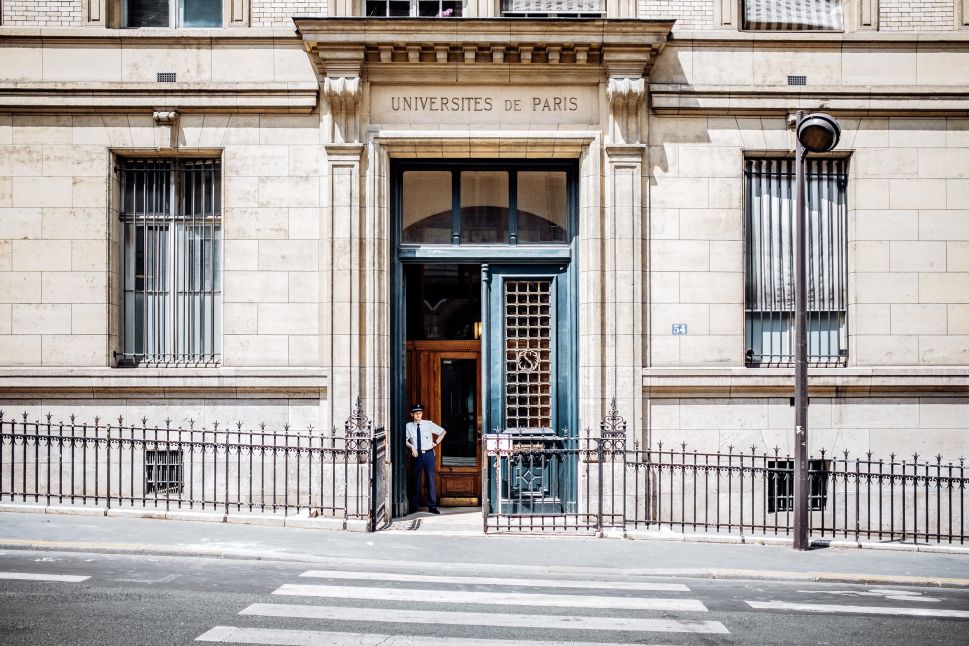