Pretty-boy actor becomes Hollywood superstar, gets a rep for being difficult, finds his bankability waning. And then throat cancer ends his career. Val Kilmer’s 40-year odyssey is a rise-and-fall study in extremes: big breakthroughs, nagging regrets, professional frustrations and personal heartache. He’s a man at peace with his rocky circumstance, a passionate artist who’s lead a messy life. And he’s got the tape to prove it: hours and hours of home movies shot since the 1970s, on everything from Super-8 film to Hi-8 video, carefully boxed away on pallets in an enormous storage facility.

Val is a highly curated, visually expressionistic distillation of those recorded memories, a tribute reel fronting as a masterclass. It’s legacy-burnishing which sands down the rough edges and offers a peek at the intimate life of a celebrity. More than anything, it’s a cautionary tale for any budding actor who wants to perfect his craft but chooses to work in Hollywood.

Kilmer studied at Juilliard but ended up wrapped in a Batman suit. “It made no difference what I was doing,” he said about the Batman Forever gig that straitjacketed his talents. The full-body rubber armor he wore had a rigid neck and muffled his ears, which meant he couldn’t hear anyone or even turn his head. People on set eventually just stopped talking to him, and he fell back on what he called “soap opera acting.” The Island of Dr. Moreau was even worse. He took the gig so he could work with and learn from his idol, Marlon Brando. But the production went sideways when the studio switched directors, Brando became obstinate, and many of his scenes were filmed with a costume-enshrouded stand-in named Norm. So much for acting with one of the greats.

The film is threaded with such bittersweet resignation, a disillusionment that set in early when he was forced to do Top Gun. “I thought the script was silly and I didn’t like the warmongering,” he says. “But I was under contract with Paramount.” His signature role as Ice Man still pays dividends — literally, since Kilmer can peddle his signature at fan gatherings. “I’m selling basically my old self and my old career,” he explains. “I feel really grateful instead of humiliated.” Still, the exhaustion of working a convention center like Comic-Con leads to him puking into a garbage can.

Val speaks throughout Val with his signature relaxed So-Cal cadence, which is both eerie and poignant. His son Jack actually does the voiceover, and he’s a dead ringer for his dad. Since the tracheostomy that saved his life, Val can only truly talk with a froggy rasp through a plastic plug on this throat. The film shows his halting speech, too, but his present-day self is mostly pantomime and facial expressions.

His hard-charging life has long since eroded those matinee-idol good looks, but Val is still able to turn on his considerable charm and put a wan smile on some very sad milestones. He had to bail his troubled father out of bankruptcy after his dad secretly put Val’s name on more than 20 failed phantom shell companies. His wife, actress Joanne Whalley, served him divorced papers while he was shooting a movie. Worst of all was the first major tragedy of his life, the too-early death of his older brother at age 13, who drowned in the family jacuzzi after an epileptic seizure.

Val is the portrait of a striving artist, endlessly searching. He shows the unsolicited audition tapes he created for roles he desperately wanted—shooting guns in his backyard for Full Metal Jacket, making a film noir short for GoodFellas, pretending to be the Lizard King for The Doors (that one got him the part). You see the restless energy that made him co-found a playwriting program when he was at Juilliard. You also get a sense that he wanted to be better than he was, but ended up getting in his own way. The film is self-censuring, but you can read between the lines.

Why did his marriage fail? Why is he so chronically in debt? What caused his throat cancer, and how much did his rarely mentioned devotion to Christian Science complicate his relationship to traditional medicine? Val doesn’t tell the whole story, but it does give a fascinating glimpse into a very human trajectory through the gauntlet of fame and fortune. It’s a legacy totem for a deeply spiritual soul. 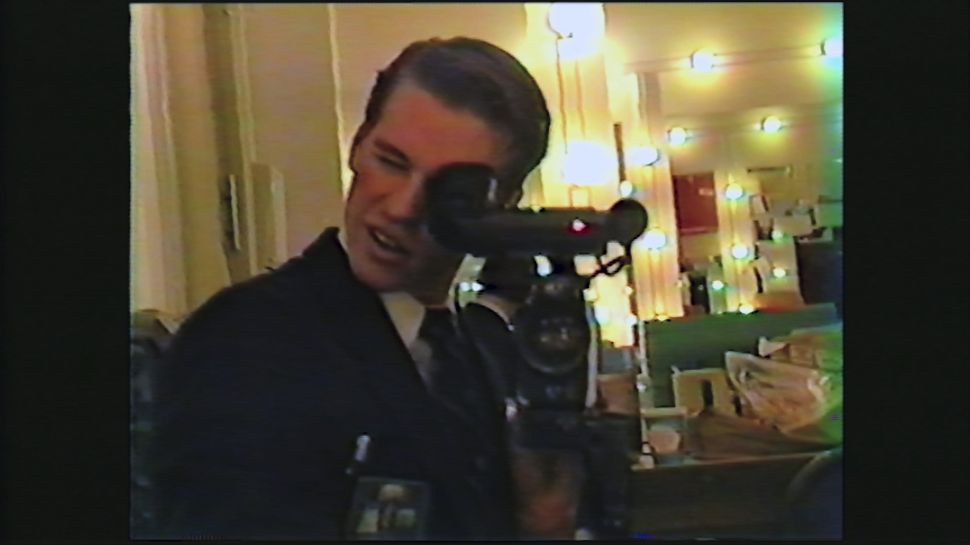