On Thursday, Collider reported that a television sequel series to the 1995 film Waterworld is in development at one of the major streaming services with 10 Cloverfield Lane filmmaker Dan Trachtenberg on board to direct. The project is reportedly a continuation of the infamous movie, centering on the same characters 20 years later, though no actors are publicly attached to the project yet.

Waterworld endured a notoriously difficult and oft-delayed production under massive media scrutiny the likes of which had rarely been seen in tentpole filmmaking. At the time, its $175 million budget was the largest in movie history, yet Waterworld was a critical and commercial disappointment upon release. The film eventually clawed its way to profitability through lucrative home sales and softened public opinion over time with an ambitiously ludicrous sensibility. The move to revive the property suggests that Hollywood’s reboot culture may finally be learning to find value in unexpected places.

For years, audiences have bemoaned the entertainment industry’s lack of originality and insistence on tirelessly recycling its own libraries. On the big screen alone, we’ve had three different actors play Superman, Spider-Man and The Hulk while seven have taken on Batman. Everything from Psycho and Around the World in 80 Days to Total Recall and Point Break has been remade and rebooted. Hollywood will never stop leaning on the past—selling a pre-existing concept or brand to audiences is much easier than something entirely new. But the industry is beginning to move away from remaking its most iconic, Hall of Fame titles (legacies that shouldn’t be toyed with) and toward reimagining IP with potential that didn’t quite coalesce the first time around.

If an idea can be improved through modern filmmaking techniques, updated with a unique new narrative framework and vision, and the original isn’t a revered and historic cinematic event, then why not attempt to create something tied to the past with an eye toward the future?

I lobbied hard for Disney to keep Jeff Nichols’ planned Alien Nation remake on the docket following its acquisition of Fox. It was the perfect match of talent and IP to feed modern audiences. Nichols (Midnight Special, Mud) is an original storyteller who knows how to stretch a budget and Alien Nation is a high-upside concept that doesn’t occupy an unimpeachable place in film history (it generated mixed reviews and limp box office upon release). It was the rare example of using an existing banner to potentially deliver something fresh. Unfortunately, Disney didn’t see it that way and scrapped the project. (Nichols has since been tapped to deliver a new film set in the Quiet Place universe).

Then there’s the obscure 1990’s film Sphere, based on Michael Crichton’s novel of the same name. On paper, the film should have been a hit given its talented cast (Dustin Hoffman, Sharon Stone, Samuel L. Jackson), director (Oscar-winner Barry Levinson) and source material. But the overly-sanitized final product bombed at the box office and left critics snickering. It’s another left-of-center title we’ve been championing for a second-attempt for years. In 2020, it was reported that a Sphere series was in development at HBO.

The thinking is the same: there is value and potential in pre-existing properties that didn’t hit home runs in their first outing. Studio executives are so determined to cook up a guaranteed profit (outside of Marvel, no such thing exists today), that they force classics to become lesser versions of themselves (see: Red Dawn, The Day the Earth Stood Still, Oldboy, etc). What the power-brokering decision makers fail to realize is that the endless library of good-not-great and flawed-but-interesting titles are far more malleable. It’s much easier to retrofit something like 1960’s forgotten Ocean’s Eleven for a modern context with updated stylings. The immigration social commentary of 1983’s Scarface resonates stronger with audiences than the straightforward 1932 original.

But instead of creatively repurposing titles with more potential, studios inevitably tend to try to reboot perfect pieces of cinema like Jaws.

Steven Spielberg’s breakout hit is the ideal counter-argument against resuscitating widely recognized IP. Its opening depicts a grey glooming maw of the evening sky threatening to swallow Chrissie whole before she even dips a toe into the . The increasingly invasive camerawork coupled with the tension-raising score supply a steady dose of foreboding dread. Its violence is sudden, enrapturing and cannily obscured.

Jaws made $472 million in 1975 against a $9 million budget; combined, its three sequels made barely half that. Audiences knew they couldn’t match the power of the original. 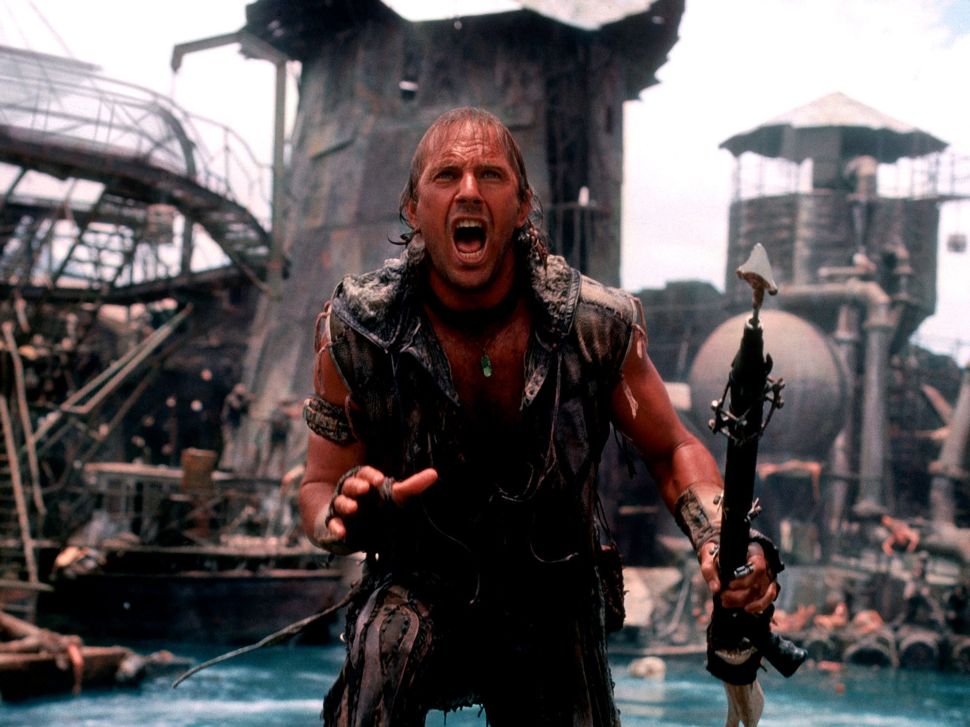